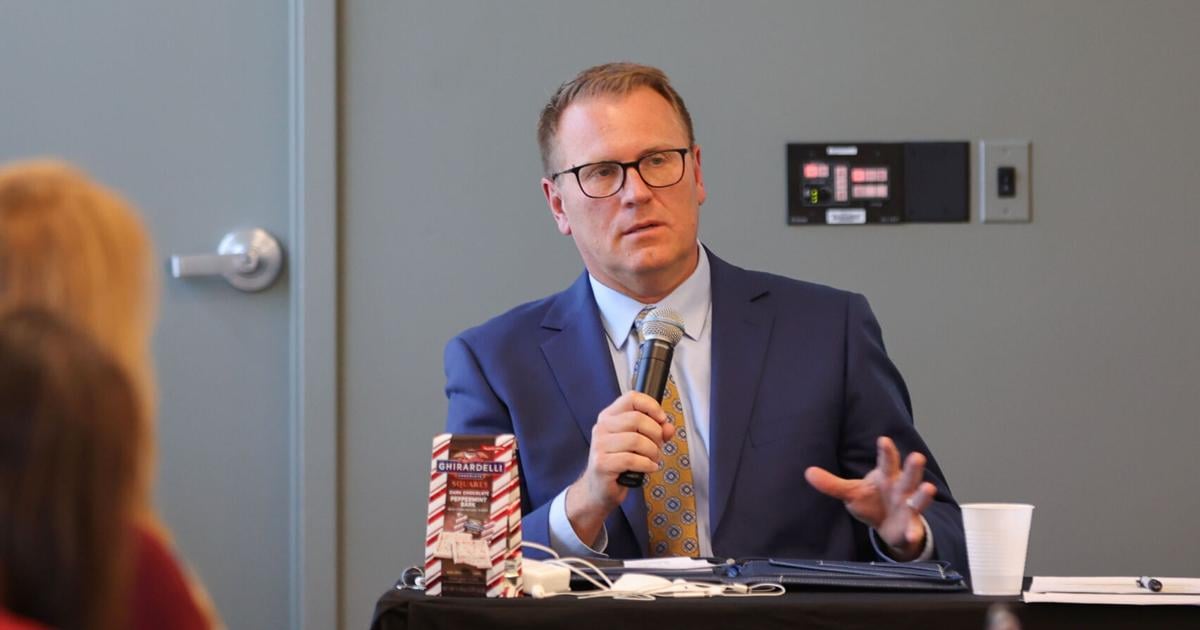 On Tuesday the Southwest Virginia Energy Research and Development Authority heard updates on both, plus some additional insight on Gov. Glenn Youngkin’s energy plan that will be part of the budget he submits to the General Assembly.

“The technology for hydrogen is simpler; the permitting is simpler,” Chair Mike Quillen said after the two-hour meeting. “Hydrogen has kind of surprised us. The transportation industry is really looking at that. For example, the railroads are big into this because they don’t know if batteries will work or not and tractor trailers aren’t going to line up waiting to recharge. We think there will be demand for hydrogen.”

There will also be competition.

“There will be competition between hydrogen for transportation, hydrogen for the agricultural segment and other uses,” Quillen said. “That is driving all this interest … We will be making some announcements on that.”

Ninety percent of hydrogen is currently created by using methane gas and used in industrial processes, including petroleum refineries, Karmis told the authority. However it creates significant emissions of CO2.

“We have developed a concept of producing ‘green’ hydrogen in Southwest Virginia using a waste product stream. We’re going to clean mine water to a super clean level that can be used for electrolysis then use green power from the electrolysis to produce green hydrogen,” Karmis said.

A reverse osmosis facility already exists in Buchanan County but must be modified to completely clean the water, he said. The project is expected to take 18 months to get up and running and they hope to initially produce hydrogen on a small scale, Karmis said.

From there they hope to ramp up production.

“In addition, we’re looking at three other projects. This area has been a real attractor for some of these projects — access to water, access to great transportation, you can be at most of the population centers on the east coast in a day’s drive, access to natural gas and access to viable carbon capture ,” Authority Director Will Payne said. “We have it all here and the result, I believe can be a substantial hydrogen production hub … I believe Southwest Virginia can eventually be a production hub.”

White said public-private partnerships are accelerating the “demonstration and deployment” of advanced nuclear reactors — the kind Gov. Youngkin has set as a goal for Southwest Virginia to establish by 2032.

“Kairos Power is looking to build and deploy their first test reactor in Oak Ridge, Tennessee, in 2026,” White said. “The idea of ​​these three reactors is they will provide the data and information and testing necessary to show commercialization of their technology moving forward. In 2026 and 2027, we see the two flagships of the US Department of Energy’s reactor demonstration program.”

One is being built in Washington state and the other at a former coal facility in Wyoming.

“These will be funded heavily by the US Department of Energy through a 50-50 cost share and the idea is this will be a full-scale demonstration for these novel advanced reactor technologies and will set the stage for commercialization in the late 2020s and into the 2030s,” White said.

“The talk is about new technology and that nobody is doing this. What we heard today is there a lot of people doing this. All over the country you’ve got projects in certain stages that are moving forward. It’s further along than maybe some people have projected,” Quillen said. “The issue has got to be economics. Dominion and AEP have to provide economic power, so it’s got to pass that test.”

Following Yonder Star: Predicting the Path of the Basel Accord – Regulation Asia