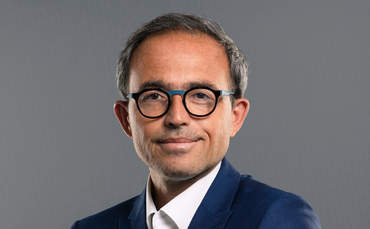 The bull case for uranium

After the disaster, many countries imposed a moratorium on nuclear energy. Uranium prices bottomed out at $ 18 per pound in late 2016, a 75% decrease from the pre-Fukushima level of $ 71 per pound. Uranium mining companies underperformed and the bear market lasted longer, bottoming in March 2020 after the Global X Uranium ETF posted a 93% decline.

A year ago, an investor could – in theory – have bought any stock in any listed uranium company in the world for less than $ 12 billion.

The road to recovery

As of 2017, all uranium mines began to cut supplies as most uranium mines were unprofitable at $ 18 a pound. Cameco and Kazatomprom, the two largest manufacturers in the world, eliminated 17.5% of world supply.

In 2020, the pandemic had a significant impact on production. Kazatomprom had to downsize operations while Cameco announced the temporary closure of the world’s largest uranium mine.

However, it wasn’t the shutdown of some mining facilities that sparked the onset of a bull market for uranium-related stocks. Rather, it was the massive inflows of institutional investors into mining stocks in anticipation of rising demand for physical uranium. These currents triggered an acceleration in the bull market from the end of 2020.

A trust changed the market

While the previous trust had a static amount of uranium, the new vehicle takes a completely different approach. A mechanism enables Sprott to issue new shares at a premium to its net asset value (NAV) every time the trust is traded. That extra money can then be used to buy more uranium. This mechanism has created a positive cycle: investors who hold uranium buy the trust, drive up the NAV premium and force the trust to buy even more uranium. This drives prices up and attracts more investors to buy the confidence. And so forth.

At the same time, uranium development companies are raising capital to buy uranium for storage. This results in a drastic reduction in available stocks, with a significant impact on the uranium price. While the price was around $ 28 in late March, it topped $ 50 in September, a dramatic increase despite the fact that the price is below what the mines can afford to increase production ($ 60-70 ). As a result, the market remains undersupplied by 50 million a year as the trust and nuclear power plants look for inventory.

The case for uranium

Governments around the world are increasingly realizing the importance of reliable, carbon-free power generation. Nuclear power emits almost 70 times less carbon dioxide than coal, making it significantly less carbon-intensive than fossil fuels. In the meantime, the costs for nuclear power plants are rather low due to the low material requirements for power plant operation.

In this context, it is not surprising that some countries are suggesting that they are (rethinking) rethinking nuclear development for the coming decades. In the US, Energy Secretary Jennifer Granholm recently stated: “Atomic energy is essential to tackling the crisis in our lives: climate change.”

At the same time, the energy crisis in Europe has forced politicians and citizens to recognize the inevitable logic of nuclear energy. Features such as reliability, resilience of production, price stability and superior energy security have put the new nuclear building back on the agenda. In Japan, recently-elected Prime Minister Fumio Kishida has said it is vital to get nuclear power plants back on track. Meanwhile, China plans at least 150 new reactors over the next 15 years, more than the rest of the world has built in the last 35.

ESG could provide further tailwind. In fact, nuclear energy is likely to be classified as a green investment under the EU sustainable finance taxonomy. This could change the perception of the sector as many investors may have been kept away from uranium due to foreclosure / licensing reasons.

For investors looking for direct exposure to physical uranium, the aforementioned trust is likely the only option available. The Sprott Trust is currently traded on the Toronto Stock Exchange under the tickers U-UN (Canadian dollars) and UU (US dollars). The trust trades at a discount or a premium on net asset value and can be quite volatile.

Carbon pricing is critical to US climate goals and politically unlikely, but there’s another way to go, say analysts – Utility Dive