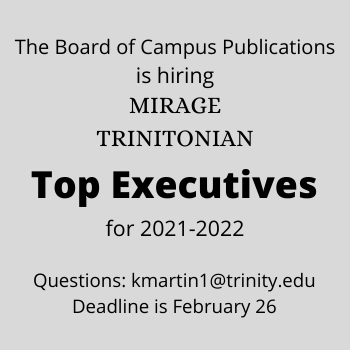 The case for thorium – Trinitonian

The time bomb of climate change has been ticking since industrialization. Not only do we see the current effects, but we also learn more about the catastrophic effects that will manifest in the future. According to Climate Change Communication (CCC), 31 percent of Americans deny climate change. Global warming has been backed up by thousands of independent scientific studies that have found that this rise in temperature is caused by humans. The main cause of global warming lies in our main source of energy: fossil fuels. Fossil fuels are an unsustainable source of energy for the future because burning them to generate energy releases greenhouse gases into the atmosphere that have been slowly heating the planet since the beginning of industrialization. Alternative energy sources such as wind, solar or even water power have been offered, but the best solution lies in a word that many fear: nuclear power.

Nuclear power is by far the most efficient source of energy, but due to several drawbacks associated with this resource, many are reluctant to support it. These disadvantages include nuclear waste, the risk of a nuclear disaster, and the risk of giving other countries the potential to build weapons of mass destruction. However, this could change if the nuclear power source switches from uranium to thorium. If that shift took place, we could have a tremendous amount of clean, efficient energy on hand.

Thorium produces only one percent of the nuclear waste that uranium produces, with 200 times the output per ton. This waste is less radioactive and much easier and cheaper to dispose of. Thorium is also safer than using uranium starting with the mining process. Uranium releases a deadly radon gas when it is mined, while thorium does not release such gas. In order to deal with the released gas, expensive technology is used in the mines to keep miners safe.

After mining, uranium needs to be enriched, which converts it to another isotope, since most of the uranium cannot be used in its mined form. On the other hand, thorium can be used in its degraded form and does not require any enrichment process.

The actual energy producers are also much safer. The current thorium plant, the liquid fluoride thorium reactor (LFTR), is, in contrast to the uranium reactor, melt-resistant. Thorium is naturally fertile, which means that it relies on the help of other elements to start the reaction to produce energy. This means that if the plant begins to warm out of control, the reaction can be stopped very easily, as it can be removed from the helper elementnt and the reaction stops immediately.

Uranium is naturally fissile, which means that it can fission itself. This can lead to disasters like Chernobyl or Fukushima as the reaction can quickly get out of control and is very difficult to stop. LFTRs also cannot be dismantled for nuclear weapon parts such as uranium reactors. This means that plants can be built all over the world without having to fear that other countries will be supplied with nuclear parts.

For these reasons, thorium has a promising, clean future for energy and must be used as the primary energy source worldwide. The sooner we take action to switch to nuclear power, the greater the chance that people will reverse the damage caused by climate change.