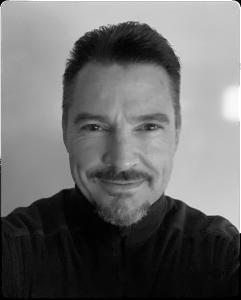 The Executive’s Desk: Hydrogen production technology getting closer to road-ready

The era of viable alternatives to fossil fuel-based transportation appears to be at hand.

With the transportation sector the biggest contributor of greenhouse gases in the United States, California recently became the first of potentially many states to put a 2035 expiration on the sale of new internal-combustion vehicles. Meeting climate-crisis-driven transportation challenges depends on developing new fuels and an infrastructure for producing, processing, delivering and storing those fuels.

Hydrogen is a promising alternative fuel for vehicles, especially light trucks and heavy vehicles, given the constraints of battery-only vehicle power. The hydrogen fuel cell technology to power those vehicles is rapidly advancing. A complementary challenge emerges: How do we get the hydrogen where it needs to be? Can we make fueling with emission-free hydrogen as easy as filling up the tank on a gas guzzler? Recent research is making big strides toward finding solutions.

Gasoline and diesel can be easily transported in trucks and pipelines and stored in underground tanks for extended periods, because they are stable liquids at room temperature and have high energy density — how much energy the liquid holds — in that state. These advantages make possible the more than 100,000 gas stations across the United States.

By contrast, hydrogen is less energy-dense — a tanker truck of hydrogen gas doesn’t compare to the value of a tanker filled with gas. And a nationwide hydrogen pipeline infrastructure is unlikely to ever be implemented.

Liquification can make hydrogen more energy-dense and feasible to transport by tanker truck. But hydrogen can be liquified only by cooling it to minus 423 degrees Fahrenheit, which consumes 30 percent of its energy during liquification, an immediate penalty on its use as a fuel. More hydrogen is then lost to evaporation. Large-scale, long-term liquid hydrogen storage and transportation is unlikely to be economical or practical.

the solution? Meet renewable dimethyl ether. This colorless gas, already widely used as a solvent, aerosol propellant, refrigerant and high-efficiency diesel substitute, liquifies with light pressure at just minus 13 Fahrenheit, easily within reach of current tanker and storage technology. It can be sustainably produced from biomass, from carbon dioxide sequestered from industrial point sources or from direct air CO2 capture. Non-toxic and non-carcinogenic, it’s not a greenhouse gas and won’t deplete the ozone layer. If spilled in the water, it has no marine toxicity. If spilled on the ground, it harmlessly evaporates.

What renewable dimethyl ether does, and exceptionally well, is store hydrogen, six atoms of it in each molecule. Actually, you might think of it as a hydrogen delivery system. It can easily and safely be carried as a liquid in current-generation fuel trucks. With it providing a method to transport hydrogen, we need to be able to produce hydrogen from it at the proper grade for hydrogen fuel-cell vehicles.

Los Alamos National Laboratory has a commercialization and research and development agreement with Oberon Fuels, supported by the Department of Energy’s Hydrogen and Fuel Cell Technologies Office, to figure out how to scale up hydrogen production from their renewable dimethyl ether. This is not just a science project, but a real-world system to produce hydrogen at commercial scale and get hydrogen fuel-cell vehicles on the road with urgency.

At Los Alamos, we use what’s called a steam-reforming process to extract the hydrogen from renewable dimethyl ether. The process relies on new technology to harness steam, releasing the hydrogen, producing fuel-cell grade hydrogen. We plan to scale up production to reach a capacity of approximately 55 pounds per day with our pilot reactor system. This is the first such system at this scale.

We’re not just interested in creating fuel-cell quality hydrogen. We know we can do that. But we want to integrate all the parts of this steam reforming reactor system to be economically sustainable and commercially viable at scale. That’s the magic formula for getting this technology on the road and for building out hydrogen infrastructure, including hydrogen hubs. Over the long term, powering renewable hydrogen production from concentrated solar arrays could create further clean-energy efficiencies.

The advantages of gasoline and diesel are evident in every gas station on the edge of town, at every truck stop, and every remote corner of the country: it’s there, and it’s cheap. But for our climate and our well-being, that cheap abundance comes at an unsustainable cost.

In addition to producing fuel-cell grade hydrogen, renewable dimethyl ether can do everything petroleum fuels can do, and more, without the toxicity or the greenhouse gases. Getting it out on the road is a challenge that we are closer than ever to meeting.

Troy Semelsberger is a chemical engineer at Los Alamos National Laboratory. The Executive’s Desk is a guest column providing advice, commentary or information about resources available to the business community in New Mexico. To submit a column for consideration, email [email protected]