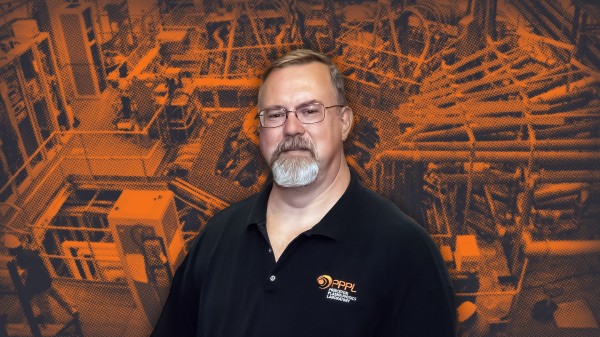 Newswise – Tim Stevenson, an engineer who was an integral part of key experiments in his 37-year career at the Department of Energy’s Princeton Plasma Laboratory (PPPL), has been named a Distinguished Engineering Fellow by PPPL for his contributions to two flagship experiments aiming to bring the fusion energy that powers the sun and stars to earth. The honor, presented by Steve Cowley, PPPL director, includes an award of $ 7,500.

Stevenson received the award on December 17th at the laboratory’s state-of-the-lab address. He was recognized for “excellence in the operation and management of heating systems at the National Spherical Torus Experiment Upgrade (NSTX-U) and their development and operation” in support of the Deuterium-Tritium Experiments of the Tokamak Fusion Test Reactor (TFTR), the systems generated a world record of 10.7 million watts of controlled fusion power. “

Stevenson said he was touched to receive the award. “Together with the beam team, I was able to contribute to physics research and gain new knowledge,” he said. “What an honour!”

Cowley said during the online presentation that Stevenson is “one of the lab’s loyal employees.” “He’s got incredible field skills, we lean on him a lot, and he’s got broad shoulders and a calm manner,” added Cowley. “He’s headed the lab for decades. He was one of TFTR’s loyalists and the 1994 world record. I just want to thank Tim for this amazing job. He is our Distinguished Fellow and Tim, many more years please! “

Michael Ford, Head of Engineering, said the award was well deserved. “Tim has provided excellent service to PPPL for decades, first as a technical expert and operator, and most recently as a group leader, making sure that what he learns is passed on to the next generation of engineers and technicians,” said Ford. “He has this recognition the most deserved.”

Bob Ellis, PPPL’s ​​chief engineer, who received the award in 2012, was delighted to receive the Stevenson award. “It’s great that Tim is honored with this award,” said Ellis. “I know him and have worked with him for over 30 years. He played an important role in the development and operation of TFTR neutral carriers to support machine operation and in particular the historic DT experiments. His extensive knowledge of our neutral beam systems was a great help in converting the TFTR beams for NSTX and NSTX-U. His support for the NSTX-U recovery project has been invaluable. “

Has been working on neutral bars since the beginning of 1984

Stevenson has been working on neutral rays since he first arrived at PPPL in 1984 when the massive TFTR experiment began its research. He graduated from Lehigh University in 1982 with a minor in electrical engineering and economics. He then worked for two years as an electrical engineer for an original equipment manufacturer for the construction of open pit excavation equipment before joining PPPL.

The neutral rays are crucial for fusion experiments, explained Stevenson. They act as “welding torches” and shoot neutral particles into the ionized gas called plasma in the fusion device called a tokamak. The particles then re-ionize and heat the plasma and stir the pot to keep the plasma moving.

When Stevenson arrived at PPPL, TFTR was working with a beamline and the team revised and modernized the lines to make them work. Another line was added the next year, and in 1986 there were four beamlines running.

In 1991 the machine was shut down and the team was tasked with reconfiguring the beam lines for deuterium-tritium operations. Stevenson became Head of Neutral Beams the following year. The experiment was resumed in 1993 with deuterium-tritium and operated until 1997. In 1994 TFTR achieved a world record performance that made headlines around the world. “We have to build it, test it, install it, operate it, go through the full life cycle to run it, and it’s kind of an old-fashioned hot rod process,” said Stevenson. “You find out what is weak, make it strong. I’ve worked with fantastic people, but it’s also been a fantastic lifecycle engineering process and I was really very involved in it. “

One of the neutral beams was repurposed for the National Spherical Torus Experiment (NSTX), which went into operation in 1999. In addition to running the neutral beams, Stevenson also worked as a physicist with physicists in the control room to operate the device. He also expanded and chaired design reviews and “can see the incredible output of our engineering department”. From 2010 to 2018 he was head of the Project Management Office.

Doubling the performance of NSTX

When the NSTX was shut down to build a more powerful machine, Stevenson and the radiator team added a second neutral beam that doubled the machine’s heating capacity. With two neutral beams, the NSTX-U is able to achieve 15 megawatts or 15 million watts of neutral power during the experiments.

While continuing to head the Heating Group, which has more than 25 employees, Stevenson has a number of roles at PPPL. He is deputy project manager of the NSTX-U Recovery Project, which is rebuilding several components of the machine, and head of NSTX-U engineering operations. He oversees the installation of new safety systems in accordance with the Federal Accelerator Safety Ordinance and is also responsible for commissioning NSTX-U as soon as it is ready to resume operations. In his spare time, he is the Emergency Director of the Emergency Response Organization. He has also served as a tour guide, offering tours of the laboratory for everyone from Boy Scouts to college students.

Stevenson is married to Dolores Stevenson, an administrator at PPPL who retired a few years ago after 36 years in the laboratory. He loves oil painting, playing the guitar, weight lifting, running and cycling, gardening and reading history books.

He is still amazed by the many hats he wears when he looks back on his long career.