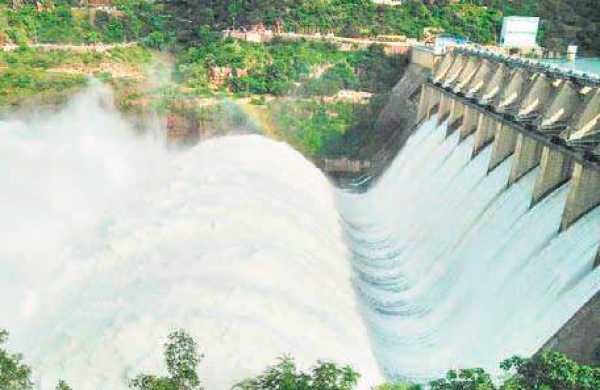 HYDERABAD: The Krishna River Management Board (KRMB) on Monday ordered the Telangana government to immediately stop the release of water from the power plants on the left bank of the Srisailam Dam. This is in response to a complaint filed by the Andhra Pradesh (AP) government on July 30th, according to which the falling water level in the Srisailam Dam will result in reduced drinking water supply to the drought-prone areas of Rayalaseema and Chennai by Pothireddypadu.

Through July, the cumulative inflows to Srisailam were 54.98 tmcft, while the water withdrawn by TS Genco for power generation alone was 32.27 tmcft. “This type of indifference by TS Genco is adversely affecting drinking water supplies in drought-affected areas of Rayalaseema, Nellore and the fluorid-affected areas in Prakasam and Guntur districts,” C Chief Engineer C Narayana Reddy told KRMB.

The official said in his complaint that there is currently no need to source the water from Srisailam through power plants without prior notice / approval from KRMB. The AP official said that the depletion of water from power plants only for generating electricity is in violation of the operating protocol for the use of water in the Srisailam and Nagarjuna Sagar systems.

“Srisailam will generate electricity when the reservoir is above 854 feet according to the September 2004 GO and when water is released for irrigation for the Nagarjuna Sagar Project and Prakasam Dam,” AP said, calling on KRMB to ensure this TS has complied with the rules. Electricity generation on the left bank should be stopped to improve levels in Srisailam, “the official said.

The Greens once took on Germany, but now they’re taking it – Bloomberg