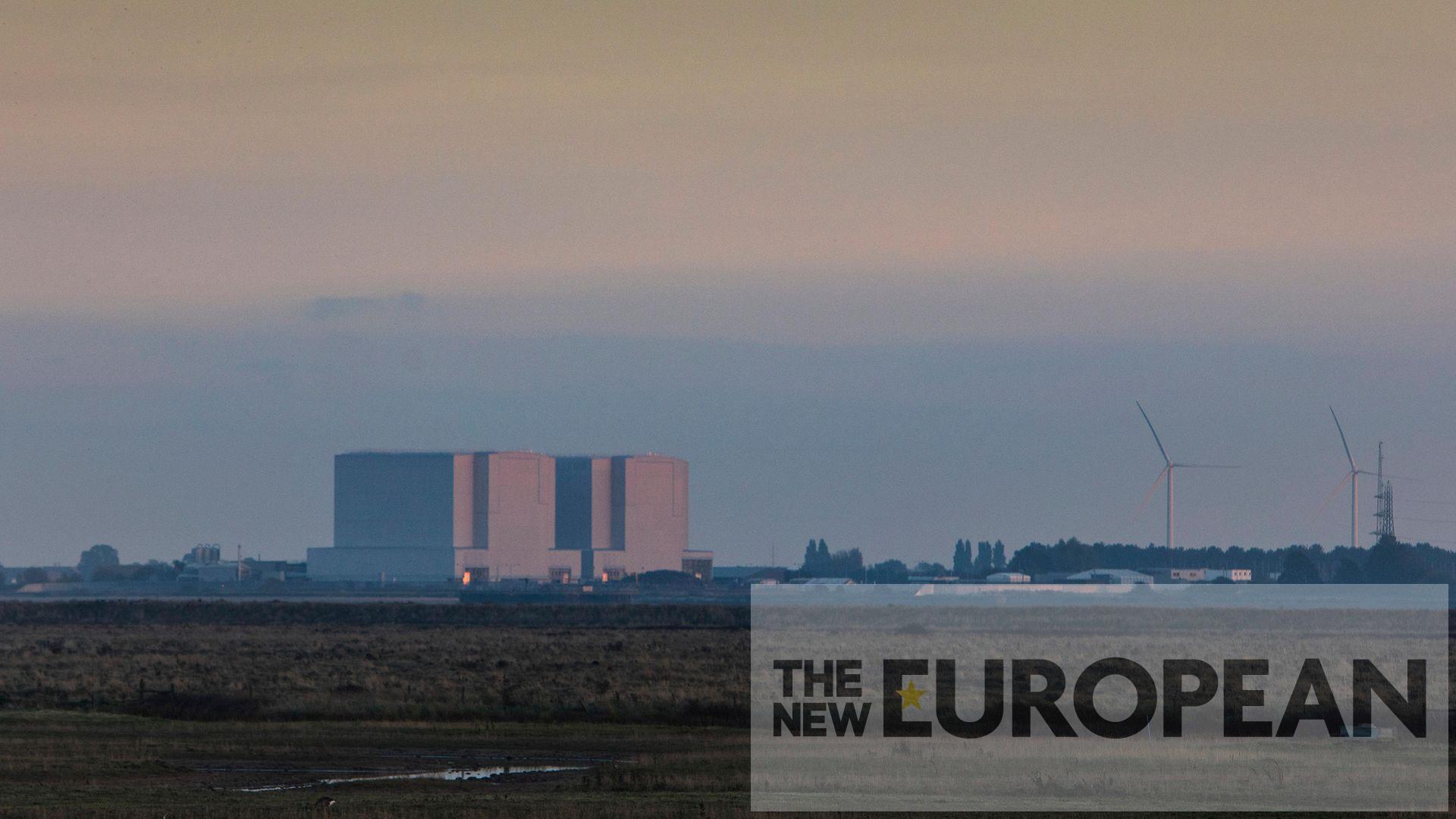 The problem with China’s nuclear plan in Essex

The Chinese government’s pursuit of strategic goals through financial investments has resulted in a showdown with critics in the swamps of the Southeast.

The village of Bradwell-on-Sea on the Essex coast is so remote that a local newspaper compared a visit to “driving on the edge of the world”. It lies on a ridge of gravel and sand, surrounded by marshland. One of the UK’s first nuclear power plants, now decommissioned, is just a mile away and locals joke that it “glows in the dark”.

This mecca for bird watchers and hikers may seem like an unlikely global hot spot, but what happens here at the mouth of the Blackwater River will be an important test of Sino-British relations and British resolve to invest in investments that could threaten national security. to take a harder line.

Although a construction decision is pending, Ofgem, the electricity regulator, has granted a power generation license to a company planning to build a Chinese nuclear reactor in Bradwell. The little-noticed decision in December was celebrated as an “important milestone” by the China-controlled Bradwell Power Generation Company.

Under an agreement from 2015, at the height of the so-called “golden era” of David Cameron’s relationship, China’s state-owned nuclear company CGN would be allowed to build its own nuclear power plant in Bradwell in exchange for financial support from two French people. guided projects. This is despite the fact that CGN has been accused by the US government of stealing US technology for military purposes and has been placed on the US “Entity List”, which effectively prohibits US companies from doing business with it. Washington has warned against partnering with the company.

The first French project at Hinkley Point in the south west of England is now in full swing and well over budget. It is expected to cost more than £ 22 billion and CGN holds a 33% stake. The second French project in Sizewell in Suffolk has yet to begin construction. As is so often the case with Chinese investments, the goals are strategic, with Bradwell as the real price – the first plant built in China outside of its own borders, which Beijing sees as a stepping stone for the international distribution of its technology.

There are parallels to Huawei here. It was Great Britain that gave the Chinese telecommunications giant its first foothold outside of China. In 2005 BT placed an order with the company as part of its £ 10 billion network upgrade. BT’s decision to foreclose Marconi rang the death knell for Britain’s once-powerful tech giant and provided a launch pad for Huawei’s international expansion.

The importance of the nuclear deal to China, in some ways, explains why Beijing was reluctant to respond to the UK’s ban on Huawei from its next-generation 5G networks, despite dark threats to “make the UK suffer”. It is also quickly becoming a lightning rod for critics of China on the conservative back benches. Former leader Iain Duncan Smith has called for a review, saying China is not a “trustworthy supplier,” likening commercial deals to Beijing to the appeasement of the 1930s.

The “golden era” of Cameron that spawned the nuclear deal is dead. Chancellor George Osborne’s promise to make Britain China’s “best friend in the West” now seems ridiculous in its naivete. British intelligence agencies are increasingly alarmed by Chinese investments in sensitive parts of the UK economy and in critical infrastructure – and they are not much more sensitive than nuclear power.

Johnson has vowed to take a tougher line, but his new policies are messed up at best. He has promised to vigorously condemn human rights abuses such as the Uyghur atrocities and repression in Hong Kong, while also pursuing “positive economic ties, including deeper trade ties and more Chinese investment in Britain.” .

The government has also watered down its new national security and investment law and raised the threshold above which foreign ownership must be examined from 15% to 25%, which will greatly reduce the number of deals that need to be examined. This follows industry lobbying fears UK companies will lose if they come out injured and battered by the Covid pandemic.

The problem with Johnson’s attempt to separate the trickier political issues from economic relations is that this is not a distinction that China makes. Under Xi Jinping, the country increasingly used trade, investment and market access as a means of coercion.

Australia is the most egregious recent example of Beijing amassing abuses and imposing trade sanctions after Canberra had the audacity to demand an independent investigation into the origins of Covid-19. The dispute has led Australia to reduce its heavy economic dependence on China.

Western companies are also discovering that the price of doing business with Xi’s China requires increasing levels of loyalty to the Communist Party. In a virtual address in February to American business leaders, Yang Jiechi, the party’s top diplomat, glowed about the opportunities for them in China – as long as they followed the Chinese story about Tibet, Xinjiang, Hong Kong and Taiwan.

International footwear and apparel brands, including Nike, Adidas, Burberry, Uniqlo and Lacoste, have faced government criticism and threats in China for voicing concerns about alleged Uighur forced labor to pick cotton in Xinjiang. H&M, which announced last year that it will no longer source cotton from Xinjiang, has been deleted from the Internet, its roughly 500 stores in China have been deleted from map services and its smartphone app has been removed from app stores.

Sweden recently witnessed the bizarre spectacle of the head of Ericsson, his own 5G champion, who criticized the ban on his rival Huawei. This seems counter-intuitive, but analysts were quick to point out that Ericsson has big business in China and may have come under pressure from Chinese authorities. The Global Times, a Communist Party tabloid, explicitly linked the fate of the two companies and reported that Sweden had a “last chance” and should “correct its mistakes” with Huawei.

The uncomfortable position of many companies doing business with China was made clear by the awkward appearance of HSBC boss Noel Quinn before the Foreign Affairs Committee of the House of Commons in January. He was asked to explain why his bank had approved China’s repressive new security law in Hong Kong before it was even published, and why it had frozen democracy activists’ accounts in “one of the largest crackdowns on democracy in the world.” as Labor MP Chris Bryant put it.

Quinn awkwardly replied that it was not his “position to make moral or political judgment on these matters,” adding that “as CEO, I cannot choose which law to obey or not”.

Tesla offers another cautionary story. The Shanghai plant, which opened at the end of 2019, can assemble half a million vehicles a year and was built at astonishing speed. Beijing has given the company tax breaks, cheap loans, and permission to fully own its Chinese operations.

China is now Tesla’s most important market outside the United States, and the company plans to conduct its own research and development there. China’s leaders – who have identified AI-powered electric vehicles as a technology they want to lead the world on – see Tesla’s presence as a way to empower their own industries and supply chains. A lucky Elon Musk recently said “China rocks” on a podcast.

For a time his interests and those of the party were in harmony. Last month, a party regulator accused the company of being “arrogant and unreasonable” amid a storm of orchestrated criticism of quality and safety, forcing Tesla to apologize publicly.

It was all well known: a foreign company’s infatuation with the Chinese market paired with Beijing’s willingness to open its doors in an area in which technology and know-how are needed – albeit never broadly and always strictly monitored by a capricious communist Party doorkeeper who slams it as soon as the foreign company has outlived its usefulness or has shown itself overwhelmed.

For global companies with complicated supply chains, Xis China is becoming a minefield. Beijing not only wants to control what they do, but also what they think of as the price to enter the market. They are increasingly required to take sides.

China has mastered what is known as “geoeconomics”, the use of economic tools to achieve geopolitical goals, and the European Union and the United Kingdom are struggling to find an effective response.

A trade and investment agreement between the EU and China that was agreed with a great deal of noise at the end of last year is unlikely to be ratified by the European Parliament after the massive sanctions for China’s treatment of the Uighurs. MEPs voted to freeze any further discussion of the agreement. The EU also proposed stronger steps this month to curb competition from government-subsidized companies and reduce reliance on key goods such as computer chips and medicines.

Both the EU and the UK are wary of opaque, government-backed Chinese companies stealing strategic assets when their weakened economies run out of the Covid pandemic.

They don’t want a repeat of the desperate battle against everyone after the 2008 financial crisis, when due diligence often consisted of just counting the zeros on the Chinese check. The perception of China has changed since then. We’re told deals are being scrutinized much more closely, although it remains to be seen whether that determination will survive exposure to post-covid Chinese money and flattery.

An immediate test could be the future of Liberty Steel, whose owner Sanjay Gupta is fighting for new financing. The Chinese Jingye Group, which acquired British Steel in 2019, has reportedly reached out to the government. A deal with Jingye would not only strengthen China’s control over the remains of the UK steel industry, but there are security implications as Liberty makes specialty steel for aerospace and other defense companies.

But Britain’s greatest test is its nuclear entanglement with China. Boris Johnson’s backbench critics have their sights set firmly on their next target after successfully pushing for Huawei to be banned from UK 5G setups. Britain remains committed to nuclear power as part of its “clean” energy mix, but it remains as difficult to sell to private investors as it did when Cameron went to China in 2015.

Beijing knows this. It is willing to raise the money for its broader strategic goals and does not want those goals to be thwarted. Breaking the deal will certainly escalate tensions, but giving CGN a place in such a critical part of the national infrastructure would be extremely daring. Bradwell is best left to the bird watchers.

Ian Williams is the author of Every Breath You Take: China’s New Tyranny, published by Birlinn. www.birlinn.co.uk

What do you think? Share this and more by emailing [email protected]