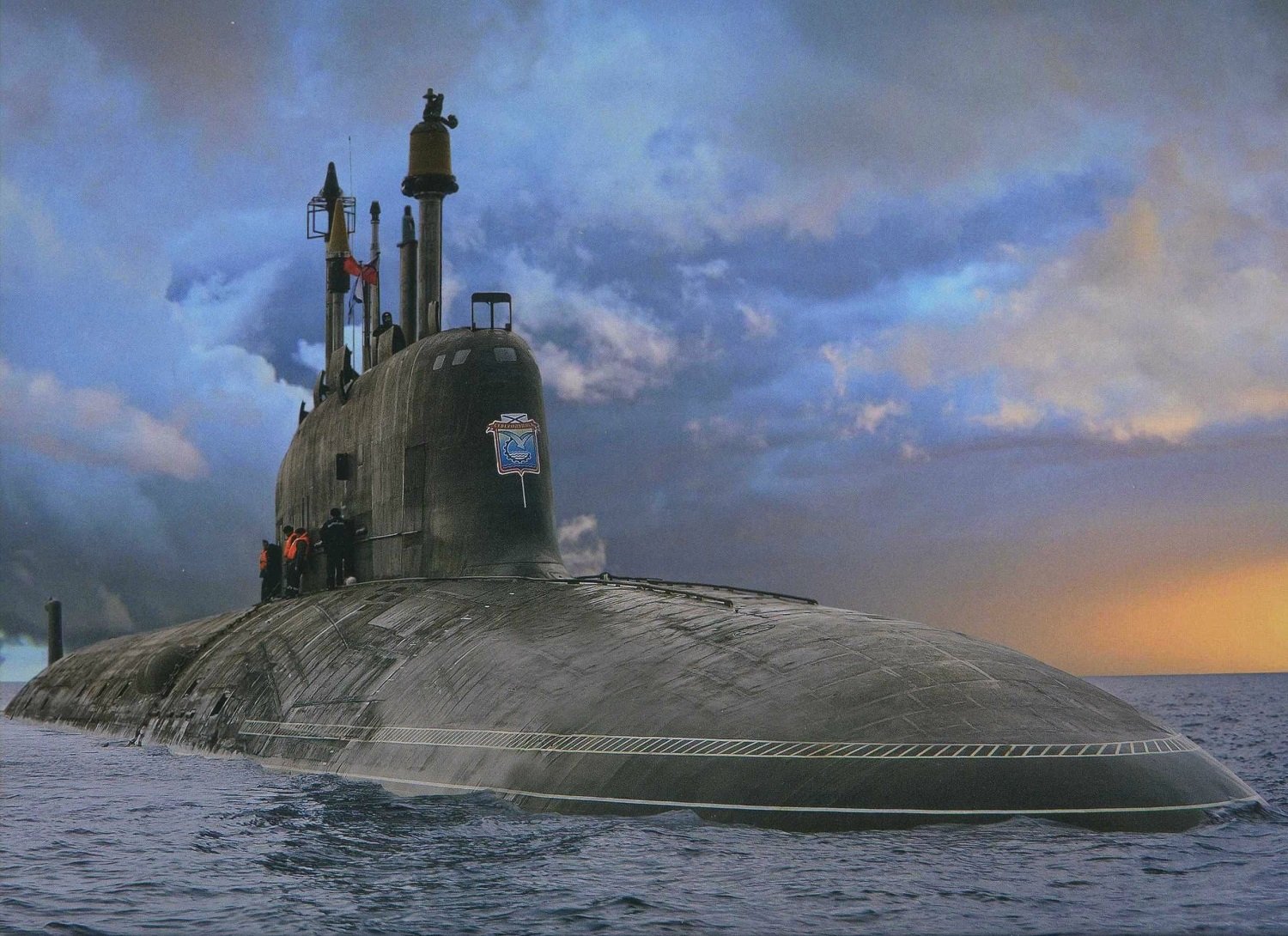 The Russian Navy maintains one of the largest submarine fleets in the world, but many are older boats that date back to the Cold War. The strength of eleven nuclear powered ballistic missile submarines (SSBNs) was seen as an integral part of its strategic deterrent. Despite budget issues continuing to plague Russia, it has pushed ahead with efforts to update its outdated submarine fleet with newer boats

The Commander-in-Chief of the Navy, Admiral Nikolai Yevmenov, said in an interview with the Ministry of Defense newspaper Krasnaya Zverzda that by the end of this year three nuclear-powered submarines, including the strategic underwater cruiser Knyaz Oleg of the Borei-A project, and the submarines of the Yasen-M project Kazan and Novosibirsk are put into service with the Russian Navy. According to Tass, all three boats will be built on the Sevmash Shipyard.

The underwater cruiser Byi-A (Improved Project 955A) Knyaz Oleg is the first series-produced fourth-generation submarine. She was withdrawn from service on July 16 last year and is scheduled to sail through sea routes before being commissioned by the Russian Pacific Fleet late next year. While this is the first production boat in the class, it is the second to be completed. Last year, the lead submarine, Knyaz Vladimir, was handed over to the Northern Fleet, which has gradually started phasing out its older Delta and Typhoon-class boats.

The Boerei-A is twice the size of its predecessor in the Typhoon class and slightly faster. More importantly, it is capable of carrying a much stronger payload, which is why it will be the foundation for Russia’s strategic nuclear force at sea. The submarine can carry 16 RSM-56 Bulava ballistic intercontinental ballistic missiles (ICMB) – a derivative of the Topol-M fired from the submarine – as basic armament.

The Yasen-M Project submarines, Kazan and Novosibirsk, are set to be part of a new line of nuclear-powered submarines designed to retire the aging Soviet-era Russian submarines.

The original Yasen boat, Severodvinsk, was laid down in 1993, but construction stuttered in the years following the collapse of the Soviet Union. Due to a number of cyclical delays and budget deficits, the submarine wasn’t launched until 2010. The class was upgraded / updated under the designation Yasen-M. The new revision is reported to be more stealthy, possibly using low magnetic steel for reduced magnetic signature and the latest nuclear reactor technology for reduced overall acoustics.

The Yasen-M submarines carry Kalibr-PL and Oniks cruise missiles as their primary flapping weapons. The submarines will also reportedly support the new 3M22 Tsirkon winged anti-ship hypersonic cruise missile, which is reported to hit targets at speeds in excess of Mach eight, or around 9,800 kilometers per hour. In addition, the Yasen M-Class retains the same ten standard 533mm torpedo tubes from the original Yasen line.

Six other Yansen-M submarines are also in different phases of construction. The next three submarines: Krasnoyarsk, Arkhangelsk and Perm are due to be launched this year.

Peter Suciu is a Michigan-based writer who has contributed to more than four dozen magazines, newspapers, and websites. He writes regularly on military small arms and is the author of several books on military headgear, including A Gallery of Military Headdress, available on Amazon.com.