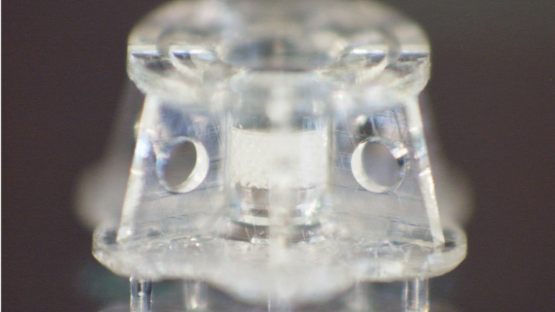 The study shows the promise of 3D printing for electrochemical reactors

Electrochemical reactors that can capture carbon dioxide and convert it into valuable products are a relatively new and promising technology for reducing greenhouse gas emissions. While scaling the technology presents many challenges, a new study shows the benefits of 3D printing, also known as additive manufacturing, to dramatically improve costs, yield and efficiency.

In electrochemical reactors like the ones studied, gaseous carbon dioxide travels through a porous gas diffusion layer for distribution to the catalyst, where it dissolves in a liquid electrolyte and converts into various products such as fuels, lubricants, and polymers. According to Sadaf Sobhani, co-author of the study at Cornell University’s Sibley School of Mechanical and Aerospace Engineering, additive manufacturing could optimize designs for rapid prototyping of reactors with unique shapes and topologies to improve conversion rates.

“Instead of focusing on developing the catalyst, electrode or electrolyte, we focused on how geometry – the distance between electrodes or the connections between compartments – affects system performance,” said Sobhani, who did the research started as a postdoctoral fellow at Lawrence Livermore National Laboratory before continuing at Cornell.

The results are described in detail in the study “Advanced Manufacturing for Electrosynthesis of Fuels and Chemicals from CO2” published in the journal Energy & Environmental Science.

Sobhani computationally simulated the chemical phenomena in reactors and was able to identify the conditions that led to a restriction in mass transport, at which the rate at which carbon dioxide reaches the catalyst is slower than the rate of chemical conversion of the catalyst.

“This can provide the framework for differentiating the operating restrictions for each reactor and system design,” Sobhani said, “and understanding the key drivers that can lead to better designs to overcome these restrictions.”

Sobhani continues her research into how geometry and surface properties affect the overall performance of the reactor and leverages the resources of the Cornell NanoScale Science and Technology Facility to print micrometer-sized surface features and advanced microstructures, as well as the Cornell High Energy Synchrotron Source, among other things. to map these features and examine the internal operation of reactors.

“Electrochemical conversion reactors are inherently interdisciplinary systems and I have found collaboration to be one of the main strengths of the Cornell researchers,” said Sobhani. “My goal is to combine the latest innovations in micro-advanced manufacturing, surface coating and x-ray imaging to make the design of the gas diffusion layer more precise and controlled.”