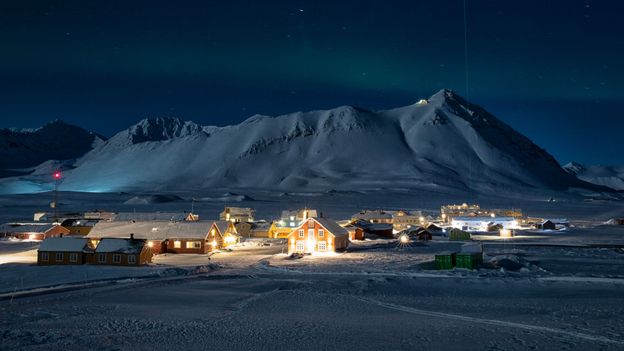 The town with the cleanest air in the world

Surprisingly, it wasn’t always this clean. Between 1916 and 1962, it was a coal mining town, until an explosion killed 21 miners, leading to the town being evacuated and the mine being shut down. Since then it has been transformed into a place where data is extracted from the environment rather than coal.

“Clean-ups have been carried out regularly since the 1960s when the mines were closed, but unfortunately there is still some pollution left both in the mining area and in the city,” says Hanne Karin Tollan, a research adviser at Ny-Ålesund base, which is operated by a company owned by the Norwegian ministry of climate and environment called Kings Bay AS.”Kings Bay, which operates the entire settlement of Ny-Ålesund, has conducted environmental surveys to map pollution in the ground in the period 2019-2022 to uncover the extent and as a basis for further clean-up measures. All rubbish, waste and polluted soil is sent to approved receptions on the mainland Norway.”

But while those working at Ny-Ålesund spend much of their time looking up to see what is in the air above their heads, life on the ground in the town is unusual. The residents come from all over the world including France, Germany, Britain, Italy, Norway, Japan, South Korea, and China, among others.

There are just two weekly flights to the town from Longyearbyen, Svalbard, which are offered in a bone-rattling propeller plane.

The town itself is comprised of about 30 cabin-like buildings named after large global urban centers: Amsterdam, London, Mexico, Italy – to name a few. They serve as a reminder of the need for diplomatic relations in this place far from the bustling crowds.

Other forms of connectivity, however, are less immediately available – all mobile phones and Wi-Fi must be turned off. The town is a radio-free zone in an attempt to keep the airwaves in the area as quiet as possible, and special permission is required for researchers who want to operate any equipment that uses radio transmissions.