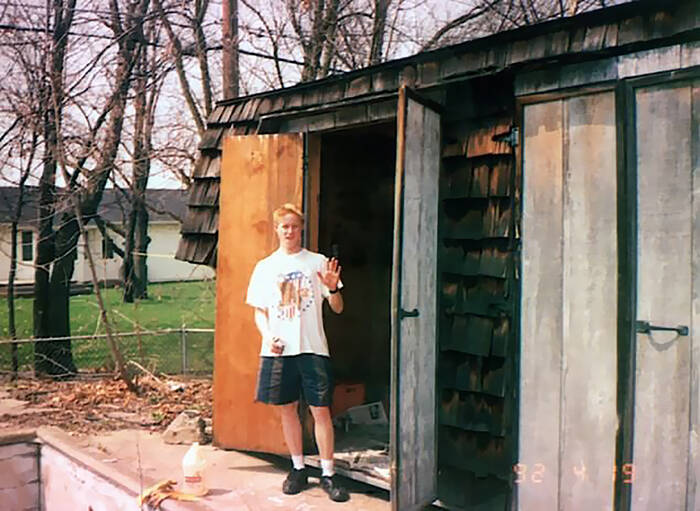 The True Story Of David Hahn, The ‘Nuclear Boy Scout’

David Hahn caught the attention of the FBI and the Nuclear Regulatory Commission after he attempted to build a “breeder” reactor in a Michigan potting shed in the mid-1990s.

YouTube/WeirdHistoryDavid Hahn, the so-called “Radioactive Boy Scout,” pictured in front of the shed in which he tried to build a nuclear reactor.

In 1995, a teenage boy scout in Michigan named David Hahn attracted the attention of local authorities in his Detroit suburb. Hahn caught the law’s eye when suspicious materials were found in his car. But further investigation revealed a series of backyard science experiments, including the teen’s attempt to build a working nuclear reactor.

Achieved with materials he had at hand, Hahn managed to successfully create a homemade neutron source in an everyday backyard shed — and nearly irradiated his whole neighborhood.

Hahn had been fascinated with science since childhood. Intending to create a breeder reactor in 1995, the result was less than intended, but enough to capture national attention. This is the unbelievable true story of David Hahn — more popularly known as the “Radioactive Boy Scout” or the “Nuclear Boy Scout.” 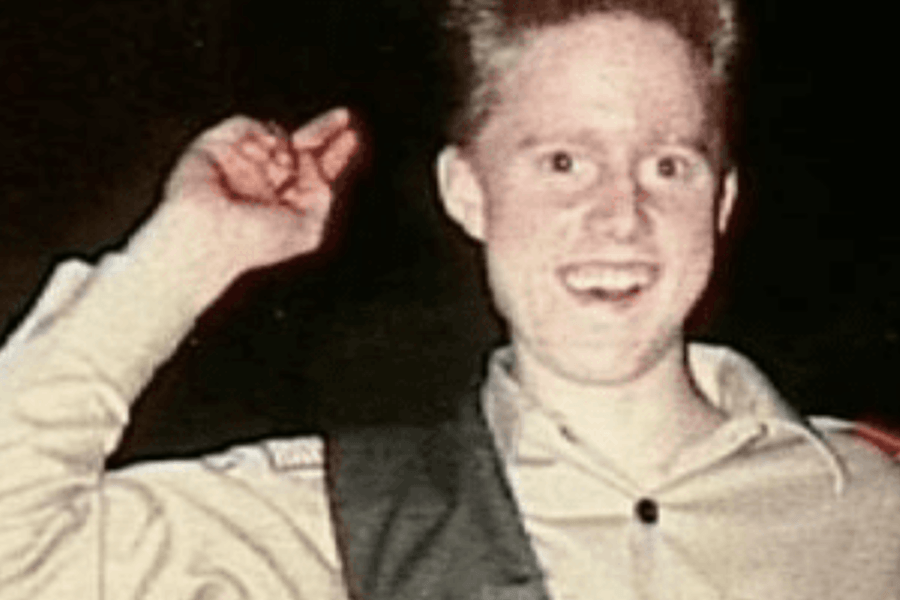 David Hahn tried to build his homemade nuclear reactor when he was only 17, according to FBI records. Conducted in his stepmother’s backyard in Commerce Township, Michigan, the experiments were run in near secrecy.

Practically a prodigy, Hahn began studying chemistry at age 10 and had fabricated nitroglycerin by 14. Before attempting to build his reactor, Hahn tarnished his bedroom with his experiments, so his parents moved his work to their basement, before settling on the shed.

Hahn gathered information by contacting the Nuclear Regulatory Commission, hoping to gain insight into the steps of building a breeder reactor. In most cases, Hahn was able to gather the info he needed with the help of aliases and cover stories.

Hahn’s interest in creating a breeder reactor was fueled by many things. The teen read about chemical experiments fervently, teaching himself how to manipulate reactions, and was awarded a merit badge for atomic energy in 1991. He supplemented his practical research with long study sessions at his local library

The flames of Hahn’s fascination were fanned by two obsessive goals, one being the task of creating a breeder reactor; the other, of collecting each element on the periodic table — regardless of radioactivity.

While the uranium used in nuclear reactors are readily fissionable, uranium-238 and thorium are more available.

And so, utilizing household items and a lead block as a stand-in reactor, Hahn got to work. He collected thorium from lanterns, radium from clocks, tritium from gunsights, and lithium from $1,000 worth of batteries he bought himself.

Hahn also employed coffee filters and pickle jars to handle dangerous and potentially deadly chemicals. The lack of protection, save for his gas mask, tragically, what later said to have affected Hahn’s life expectancy.

During his shed-bound experiments, Hahn persevered through accidental burns on his skin, turning his hair green, and mistakenly causing himself to pass out.

When the experiment met its threshold, Hahn had created a crude neutron source. While unable to produce fissionable fuel at the rate of other reactors, the Boy Scout’s experiment was already spreading detectable radiation several houses away. 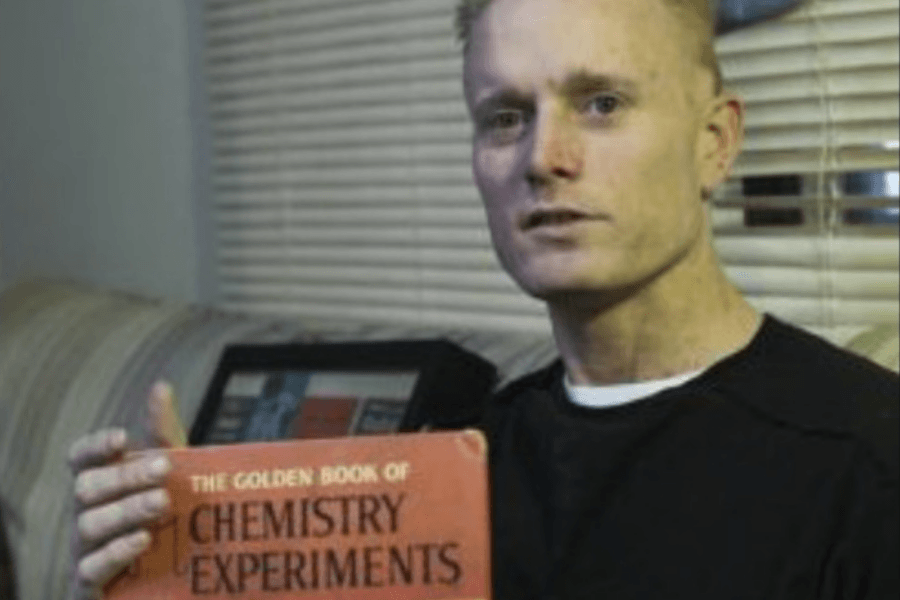 Jim WestHahn posing with The Golden Book of Chemistry Experiments, a book that shaped his interests.

As detected by David Hahn’s own Geiger counter, his experiment proved radioactive by the time it was disassembled — and left 40,000 town residents potentially at risk.

Police located Hahn’s shed after stopping the young teen for unrelated reasons. Finding suspicious materials in his trunk, the scout informed the officers the content was radioactive. From there, it did not take long to uncover the shed and its impact on Hahn’s neighborhood.

The local police contacted the federal authorities, leading the Environmental Protection Agency to Hahn’s doorstep. Those who entered Hahn’s shed lab were warned by a misspelled “Caushon” sign on the wall.

Inside, authorities found evidence of Hahn’s dangerous hobbies. The remnants of the experiment and materials collected posed numerous health risks, and the EPA declared the property a Superfund hazardous materials cleanup site.

Despite insistence from officials, Hahn refused to be medically evaluated following the long periods he spent around radioactive materials. Since his experiment took place with minimal protection, Hahn’s life expectancy was likely shortened after the incident.

Following the lab’s dismantling, Hahn achieved his Eagle Scout rank dangerous despite efforts to rob him of the honor on account of his experiment. However, regardless of what progress he made, Hahn had trouble finding direction following the experiment’s fallout.

“I was very emotional as a kid, and those experiments gave me a way to get away from that. They gave me some respect,” Hahn told Harpers Magazine in 1998.

The Sad Final Years Of The Radioactive Boy Scout 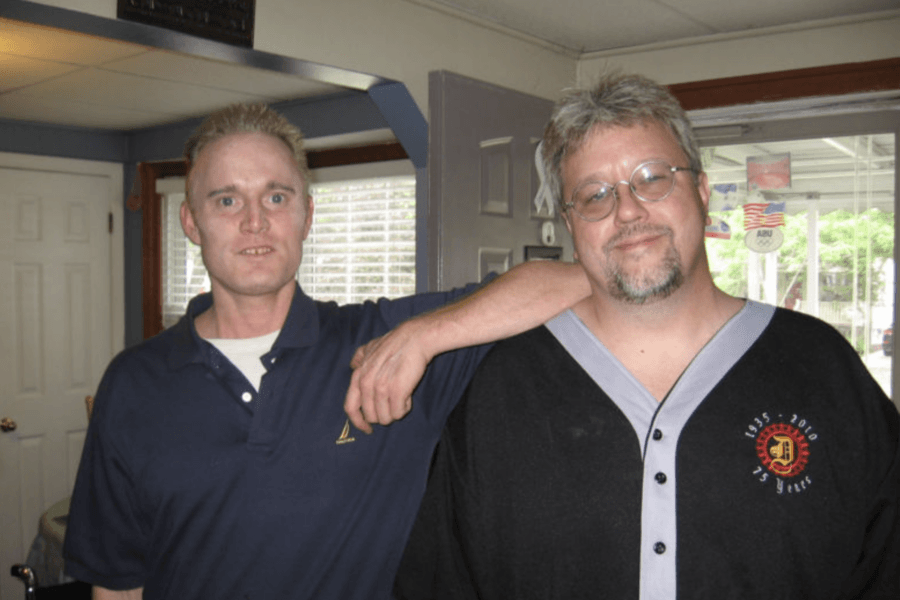 The collapse of his experiment, turmoil from a failed relationship, and his mother’s suicide each contributed to “Nuclear Boy Scout” David Hahn’s depression, according to Ars Technica. Attempting to find his place in the world after the disastrous events in his backyard, he tried his hand at college and the military, mostly at the request of his father and step-mother.

Following his original experiment’s disassembly, Hahn once again attracted the police’s attention a decade later. Suspected of creating another reactor and storing it in his freezer, Hahn was arrested in 2007 for stealing some detectors.

The devices were taken from the apartment complex Hahn was staying in. The theft was significant for the small amounts of radioactive americium found in the smoke detectors. Since americium was found in greater amounts in Hahn’s shed in 1995, authorities evacuated residents for five hours — fearing the infamous former Boy Scout was at it again.

At the time of the incident, police had already been tracking Hahn and monitoring the region for radioactivity. Coinciding with his return to the area, authorities took note that Hahn had begun advertising a book written about his experiment.

With their eyes already fixed on Hahn, the police were quick to arrest him on account of his theft. Sixteen smoke detectors across Hahn’s building and another in his complex had gone missing. Police found additional empty smoke detectors near Hahn’s trash.

Following his arrest, Hahn pleaded guilty to attempted larceny of a building and was sentenced to 90 days in jail. And about a decade later, Hahn died from a combination of alcohol, diphenhydramine, and fentanyl. The “Nuclear Boy Scout” was just 39 years old.

After reading about David Hahn and his attempts to build a nuclear reactor, learn more about The Chernobyl disaster. Then, read about Hisashi Ouchi, who sustained the worst radiation burns in history.