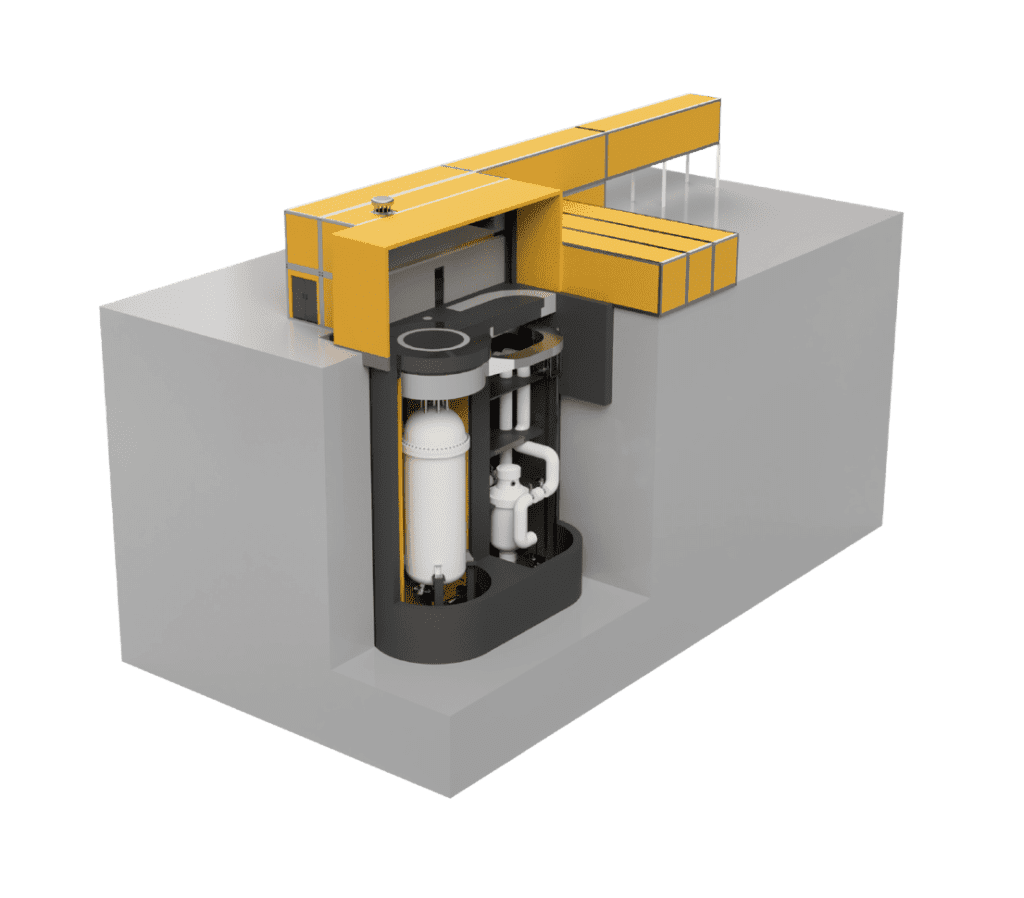 Seattle-based USNC marked its latest milestone on May 20 for its high-temperature gas-cooled reactor microreactor. two days after the CNSC announced that GFP’s “Site Prep License” application for an SMR project at Chalk River Laboratories had completed preliminary assessments and given the go-ahead for a formal license review.

As Francesco Venneri, CEO of USNC stated on Thursday, the company is entering the formal license review phase shortly before the “near-term” completion of its “MMR Energy System”, its newly branded nuclear power plant offering.

The MMR energy system, explained the United Nations Security Council, integrates “one or more standardized microreactors (MMRs) with a heat storage system and the adjoining system for energy conversion and use. Depending on the configuration, electrical energy or process heat (or a mixture of both) is generated in the energy system. The core heat is transferred from the microreactors to an energy store for molten salt, which decouples the core system from the electricity usage system, considerably simplifies operation and enables the energy generated to be used flexibly. “The system is suitable for providing high-quality process heat for industrial applications at the same location and for highly efficient hydrogen production. If the CFP project were built as planned, it could serve as a central demonstration to show how nuclear microreactors could support heavy industry and other off-grid applications, it said.

“This achievement follows USNC’s more than four years of working with the CNSC in its Vendor Design Review (VDR) process, which ensures that proposed nuclear technologies achieve the design and safety qualifications necessary to be considered for full licensing.” USNC said on Thursday. The ongoing VDR process includes a review of the MMR and the tristructural-isotropic (TRISO) from USNC. All-ceramic microencapsulated (FCM) fuelit found.

In April, CNL announced that FCM fuel pellets had been successfully manufactured. This project marked the first time a TRISO-based fuel was made in Canada. The project was funded by the Canadian Nuclear Research Initiative, an organization CNL founded in 2019 to accelerate the use of SMRs in Canada. The scope of the FCM project includes developing a multi-year test program to aid in the validation of USNCs fuel and core as they go through the CNSC’s VDR process, CNL said.

While CNL plans to start operating an SMR by 2026, a competition initiated in 2018 The selection of a reactor design for the site at AECL’s Chalk River Laboratories is ongoing. “GFP is in the third phase of CNL’s four-step process and with this latest announcement from CNSC, GFP is the most advanced concept for demonstrations,” stated AECL on May 19.

“The approval of a new nuclear reactor must be based on a solid scientific understanding and solid environmental research. Acceptance of this license application for formal review is evidence of the feasibility and safety of this project, as well as the care taken by the GFP team in preparing the application, ”said Joe McBrearty, President and CEO of CNL, in a statement. “I would like to congratulate the Global First Power team on reaching this important milestone.”