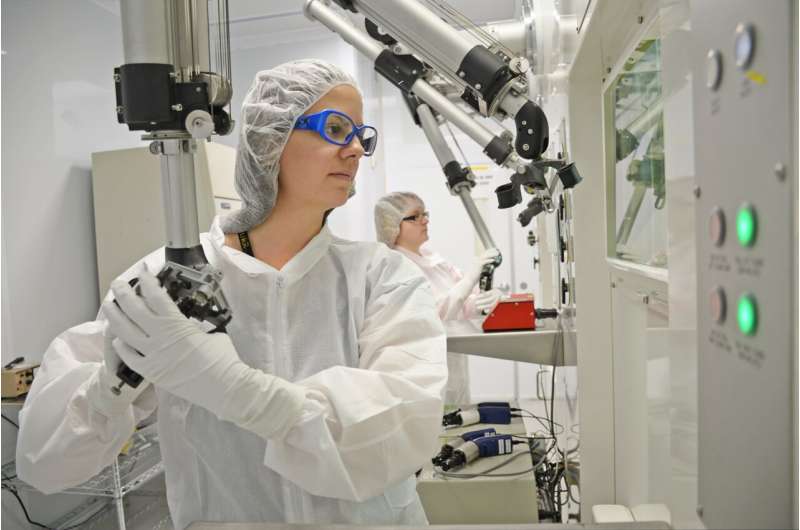 MURR employees work on the production of Lutetium-177 (Lu-177). Credit: University of Missouri

After more than 50 years of support from research and industry as the highest performing university research reactor in the country, the University of Missouri Research Reactor (MURR) is still making waves.

The reactor, now in its 55th year of operation, was recently part of two important milestones in the development of pioneering cancer therapies. Therasphere, a breakthrough treatment for a specific type of liver cancer invented and patented by both MU and the Missouri University of Science and Technology, has now received FDA approval, allowing its use in patients across the country.

“This treatment has been available as a ‘humanitarian exception’ for 20 years, which meant it had to go through an institutional review process in every hospital that tried to use it,” said J. David Robertson, executive director of MURR. “Now that it has been approved by the FDA, far more people in need will enjoy its benefits.”

Theraspheres are small glass microspheres the size of a human hair. After being irradiated with yttrium-90 (Y-90), a radioisotope, at MURR, the spheres are injected into capillaries of a cancerous tumor known as hepatocellular carcinoma. The resulting radiation in the blood vessels surrounding the tumor attacks the cancer and at the same time minimizes the effects on healthy tissue. 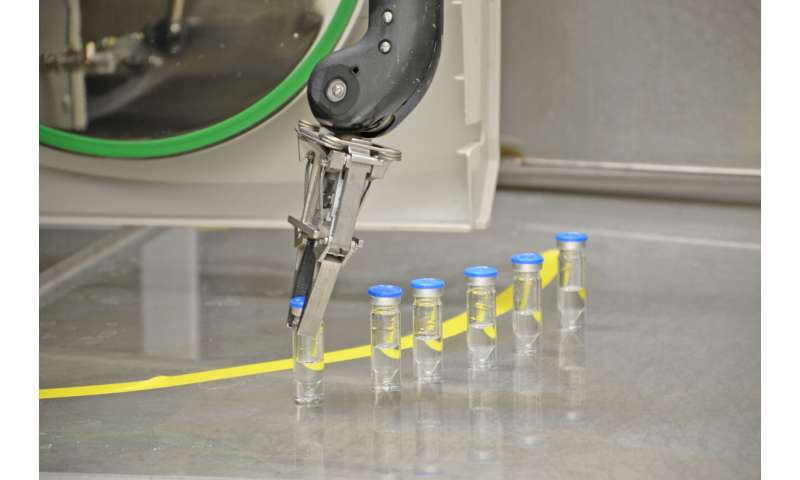 MURR production of Lutetium-177 (Lu-177) is an important part of Lutathera®, a treatment for cancerous tumors of the pancreas and gastrointestinal tract. Credit: University of Missouri

As the sole emitter of these spheres, MURR plays a decisive role in the production of the treatment. The Radiology Service at the University of Missouri’s Veterinary Health Center, part of the MU College of Veterinary Medicine, was instrumental in the initial development of Therasphere and helped expand its clinical use in veterinary medicine.

Another recent milestone was a successful Phase III trial for a new prostate cancer treatment, 177Lu-PSMA-617. The treatment benefits from the MURR production of Lutetium-177 (Lu-177), a radioisotope that is also an important component of Lutathera, a treatment for cancerous tumors of the pancreas and gastrointestinal tract. The FDA recently granted priority review to the new drug submission for 177Lu-PSMA-617.

These accomplishments are just the latest highlights from MURR, which for more than half a century has served as the epicenter for two of MU’s missions: research and community action.

The nuclear research reactor began operating in 1966, alongside what was MU’s contribution to the space race at the time – the state-of-the-art space science research center, now the Dalton Cardiovascular Research Center. MURR’s sophisticated and nearly uninterrupted operational schedule – 6.5 days a week, 52 weeks a year – has enabled a wide range of research in chemistry, anthropology, cancer research, and more. From determining the source of ancient artifacts to characterizing new magnetic materials, MURR acts as an interdisciplinary paradise for scientists on the entire MU campus. 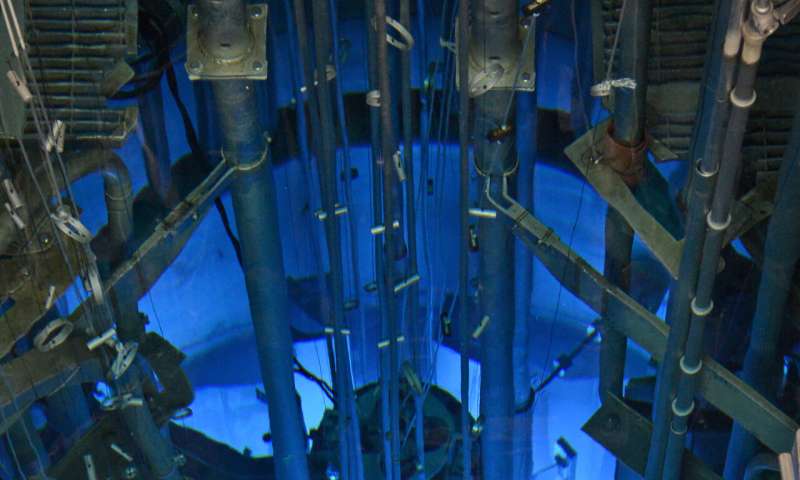 In addition, industrial partners rely on MURR for the production and irradiation of radioisotopes such as Lu-177 and Y-90, which are important components of diagnostic tools and life-saving therapies for various types of cancer. Since MURR is the only reactor in the world that is in operation 52 weeks a year, MURR is attractive to pharmaceutical partners because it can deliver a reliable supply of radioisotopes without delays.

Josh Mailman, who was diagnosed with a rare cancer called neuroendocrine tumor in 2007, knows firsthand how these radioisotopes can change lives. Mailman was invited to visit MURR in 2019 to speak to reactor staff about the importance of their work. As part of his ongoing care, Mailman’s treatments have included the use of Lu-177 and Y-90, and his visit to MURR made him aware of the importance of having a reliable supply chain for the radioisotopes that make certain treatments possible.

“MURR’s domestic production of Lu-177 has helped alleviate the problems and delays caused by overseas imports,” Mailman said. “The production of a radioisotope, its labeling and delivery make the treatment process of a patient much more complex, so that a domestic supply saves the challenge of transporting it over long distances and clearing it through customs.”

Standing over the reactor core at MURR and staring at the characteristic blue-tinged water of the reactor made a lasting impression on Mailman.

“Previously, I asked other patients what to say to the MURR staff and they said overwhelmingly to let the staff know the importance of providing them with such life-extending treatments,” Mailman said. “Patients understand the importance of the supply chain for these radioisotopes to their treatment and recognize the role of MURR in this process.”

Quote: The University of Missouri Research Reactor is still breaking new ground in its 5th decade of operation (2021, November 17), accessed on November 21, 2021 from https://medicalxpress.com/news/2021-11-university-missouri- reactor-ground-5th. html