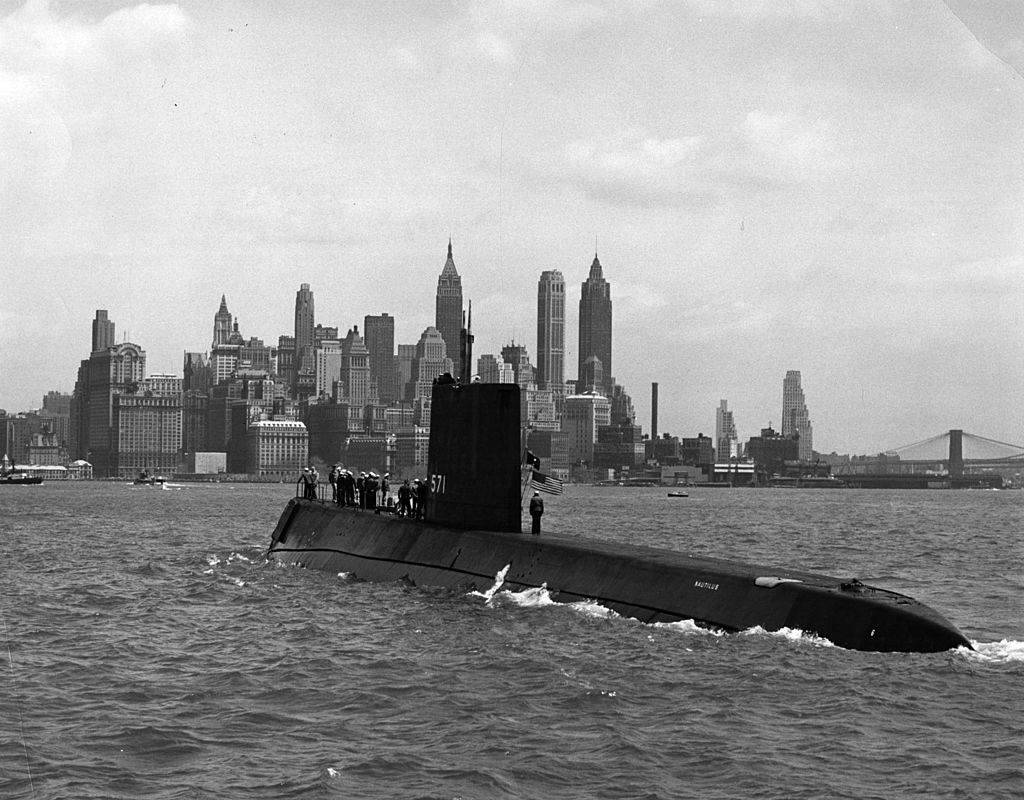 The USS Nautilus Passes Under the North Pole, Makes History on This Day in 1958

The world’s first operational nuclear-powered submarine made a historic journey to the North Pole 64 years ago.

August 3, 1968 is a memorable date in American maritime history as it is the day that the USS Nautilus (SSN-571) successfully made the first underwater voyage to the North Pole. Built by Virginia-based aerospace and defense company General Dynamics Corp., the USS Nautilus became the world’s first operational nuclear-powered submarine.

History of the USS Nautilus

The USS Nautilus traces its roots back to March 1950, when the conceptual design of the first nuclear submarine was taking shape with project SCB 64. It was in July 1951 that the US Congress approved the construction of a nuclear-powered submarine for the US Navy , which was led by Captain Hyman G. Rickover, a Russian-born engineer who joined the atomic program in 1946, History.com reported.

Captain Rickover was so passionate about the project that his detractors would call him a fanatic, but he eventually succeeded in developing and delivering the first ever first nuclear submarine, the USS Nautilus, ahead of schedule. Then President Harry S. Truman laid the ship’s keep in 1952 and two years later, first lady Mamie Eisenhower broke a bottle of champagne across its bow during the launch onto the Thames River at Groton, Connecticut.

How the USS Nautilus Worked

The USS Nautilus was truly an engineering feat that enabled it to travel to the North Pole submerged under icy waters. The nuclear-powered submarine measured 319 feet long and had a displacement of 3,180 tons.

Thanks to its atomic engine, the USS Nautilus could remain submerged for unlimited periods of time. Its engine also did not need air and only a small quantity of nuclear fuel. Its propulsion turbines were driven by a uranium-powered nuclear reactor, enabling the submarine to travel more than 20 knots underwater.

Read So: Maria Mitchell Birth Anniversary: ​​What You Should Know About Who Discovered Miss Mitchell’s Comet

The USS Nautilus’ Most Important Mission

As the world’s first operational nuclear-powered submarine, the USS Nautilus had an important practical and political mission, which was to circumvent the polar ice cap and reach the North Pole completely under water. The mission was named “Operation Sunshine,” which saw the submarine diving at Point Barrow, Alaska, reaching the North Pole at 11:15 pm Eastern time the very same day, then reemerging 3,000 kilometers away from where it saw the surface for the last time, between Greenland and Norway.

At the time, the USS George Washington, which was the first “boomer” nuclear submarine that could launch nuclear missiles off the shore of any enemy, was under construction and required a “trail map” to operate under the polar ice cap. This would enable the submarine to operate closer to the Soviet Union. The USS Nautilus would help with this.

Politically, USS Nautilus’ journey was in response to the launch of the first artificial Earth satellite called Sputnik in 1957 and an answer to the Soviet threat of intercontinental ballistic nuclear missiles, Nuclear Newswire reported.

The USS Nautilus’ risky circumvention of the polar ice cap to travel to the North Pole was a success and Commander William R. Anderson, who led the mission, which was presented with the Legion of Merit by President Eisenhower on August 8 that year. The rest of the crew also received a special Presidential Unit Citation for their bravery, which was the first of its kind to be issued during peacetime.

The USS Nautilus was decommissioned in 1980 and declared a National Historic Landmark two years later, after its 25-year career in which it traveled about 500,000 times, ConnecticutHistory.org reported.. It now sits in the Submarine Force Library and Museum in Groton, Connecticut, where about 250,000 visitors flock to witness the engineering marvel annually.