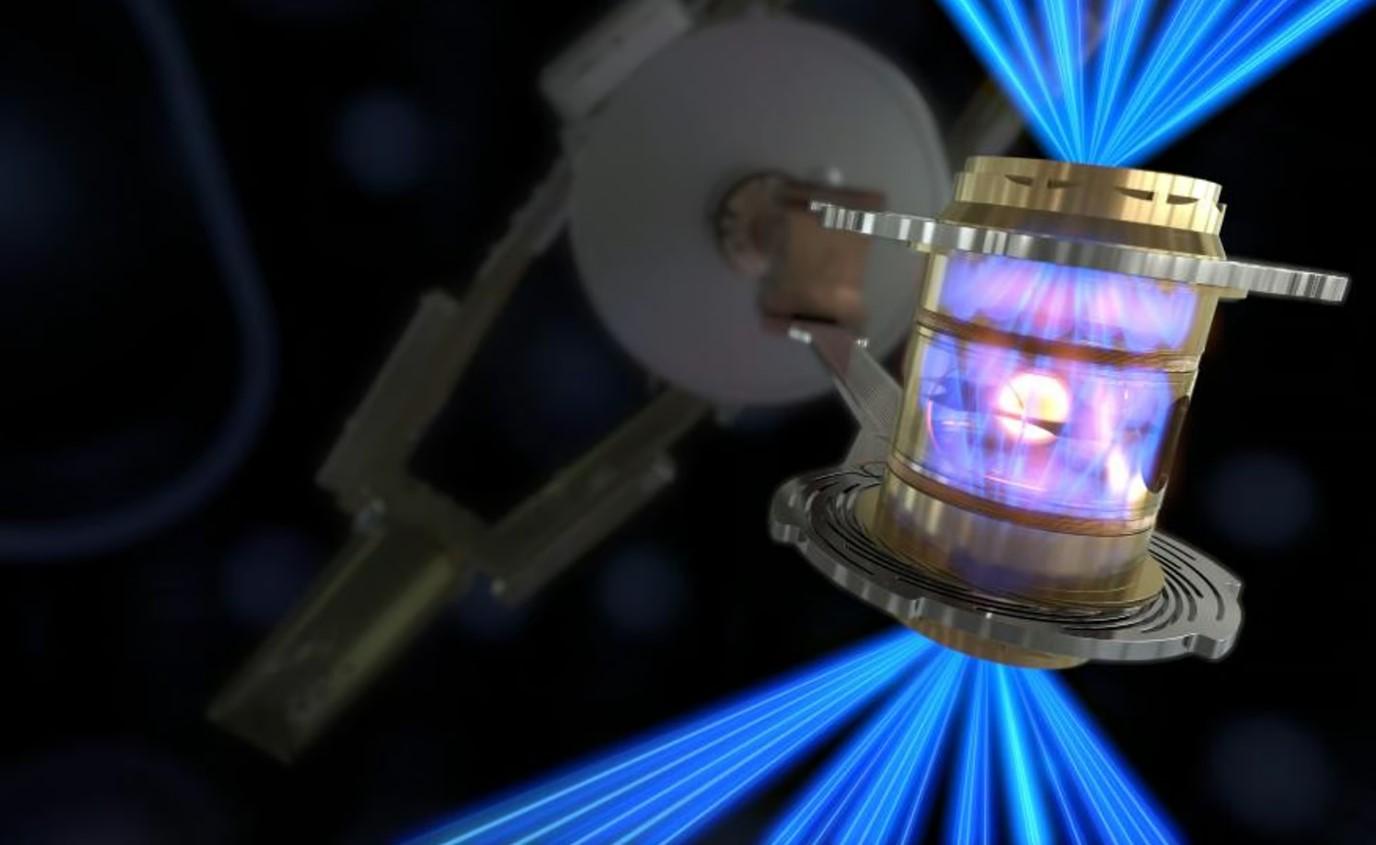 It was another bumper year for breakthroughs, records, and firsts for science, in fields ranging from conception to death, with some freak waves and prehistoric fish hearts thrown in for good measure. New Atlas looks back at the year in science for 2022 and selects some of the most interesting stories to grace our pages.

US Department of Energy reports first-ever achievement of fusion ignition

To create fusion ignition, the National Ignition Facility’s laser energy is converted into X-rays inside a capsule called a hohlraum, which then compress a fuel capsule until it implodes, creating a high-temperature, high-pressure plasma

This year saw a number of firsts and the biggest of them may be the announcement by the US Department of Energy’s Lawrence Livermore National Laboratory (LLNL) that it had achieved a breakthrough in the quest for commercial fusion power. On December 5, the agency’s National Ignition Facility (NIF) used 192 lasers focused on a tiny sphere of hydrogen isotopes to produce a fusion reaction that generated more energy than was pumped into it. 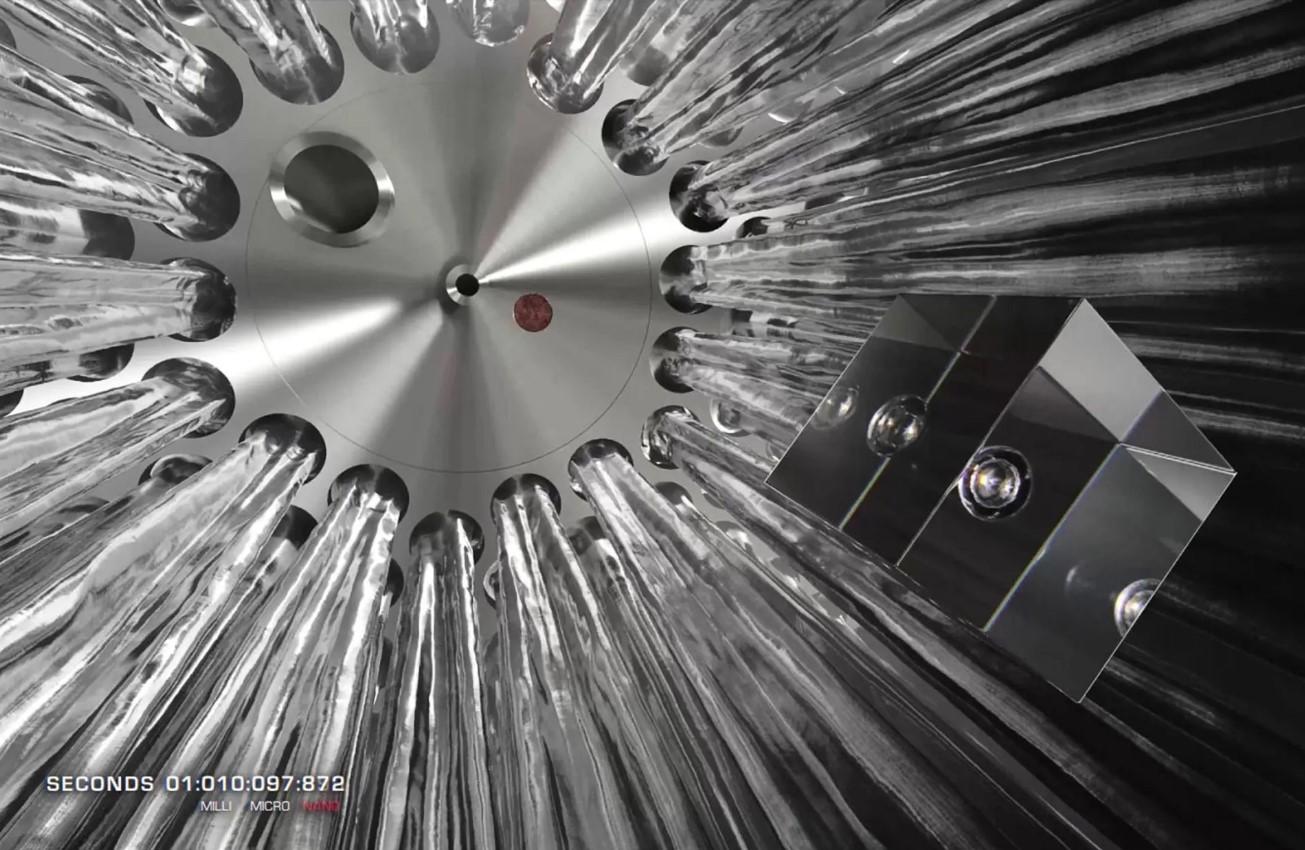 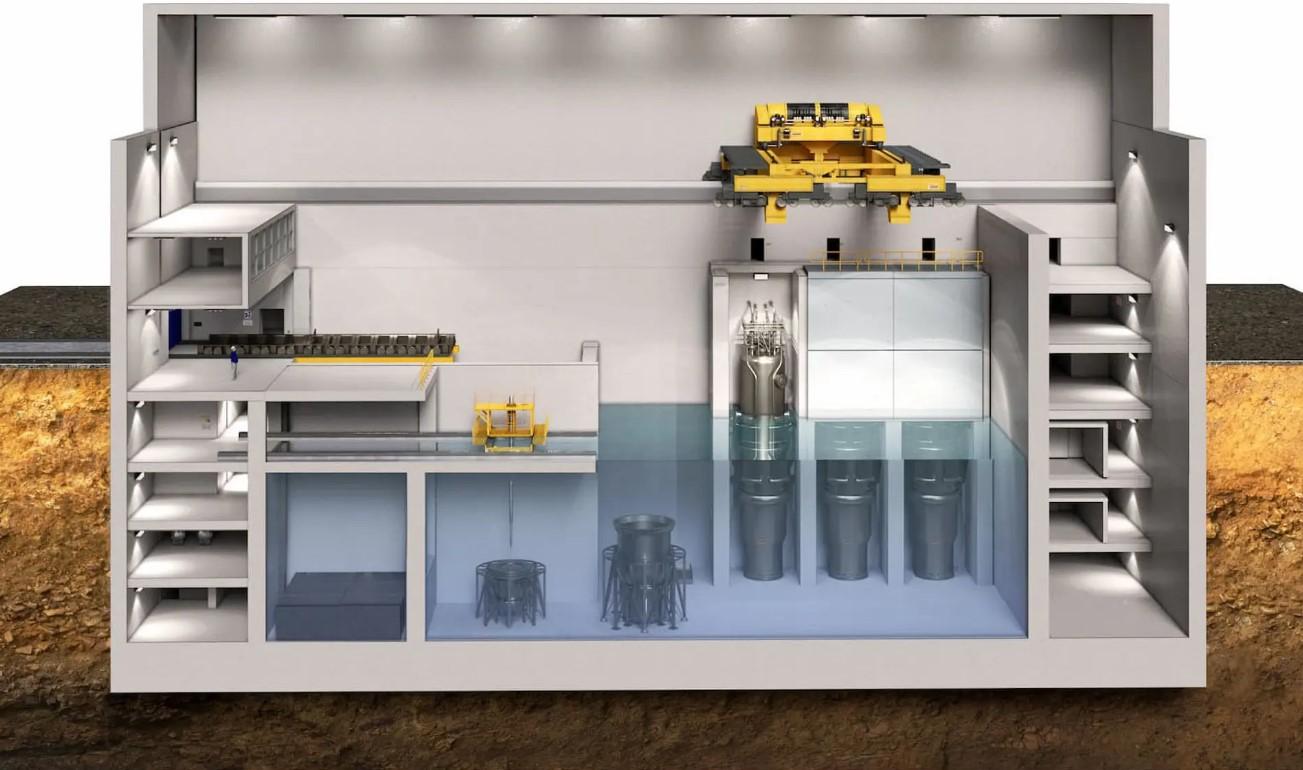 The NuScale SMR design places between 4-12 small modular reactor units together in a water bath, each mass-produced at low cost in a factory

Fission power might seem a bit 20th century, but the technology is still evolving as NuScale’s generation-IV modular nuclear reactor demonstrates. It became the first small modular reactor (SMR) design to gain approval from the US Nuclear Regulatory Commission, raising the promise of cheaper, scalable nuclear power plants that can be tailored to local needs. 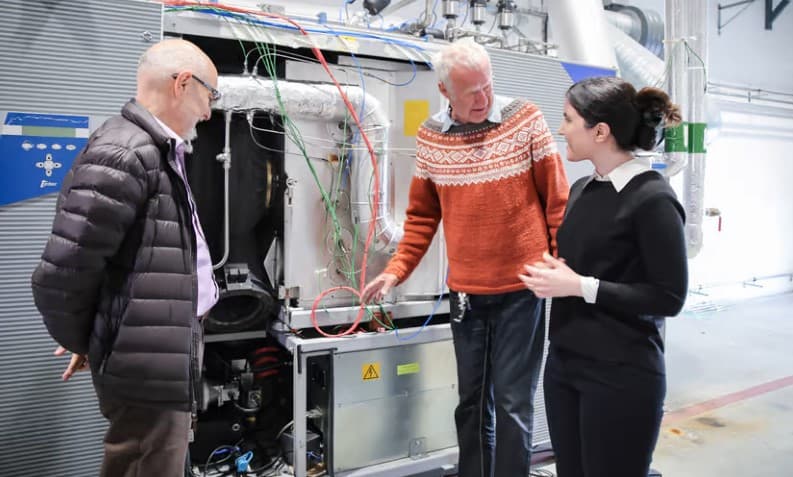 On the conventional energy front, researchers at the University of Stavinger in Norway claim to have built a gas micro-turbine that can run on 100% hydrogen instead of a natural gas/hydrogen blend. 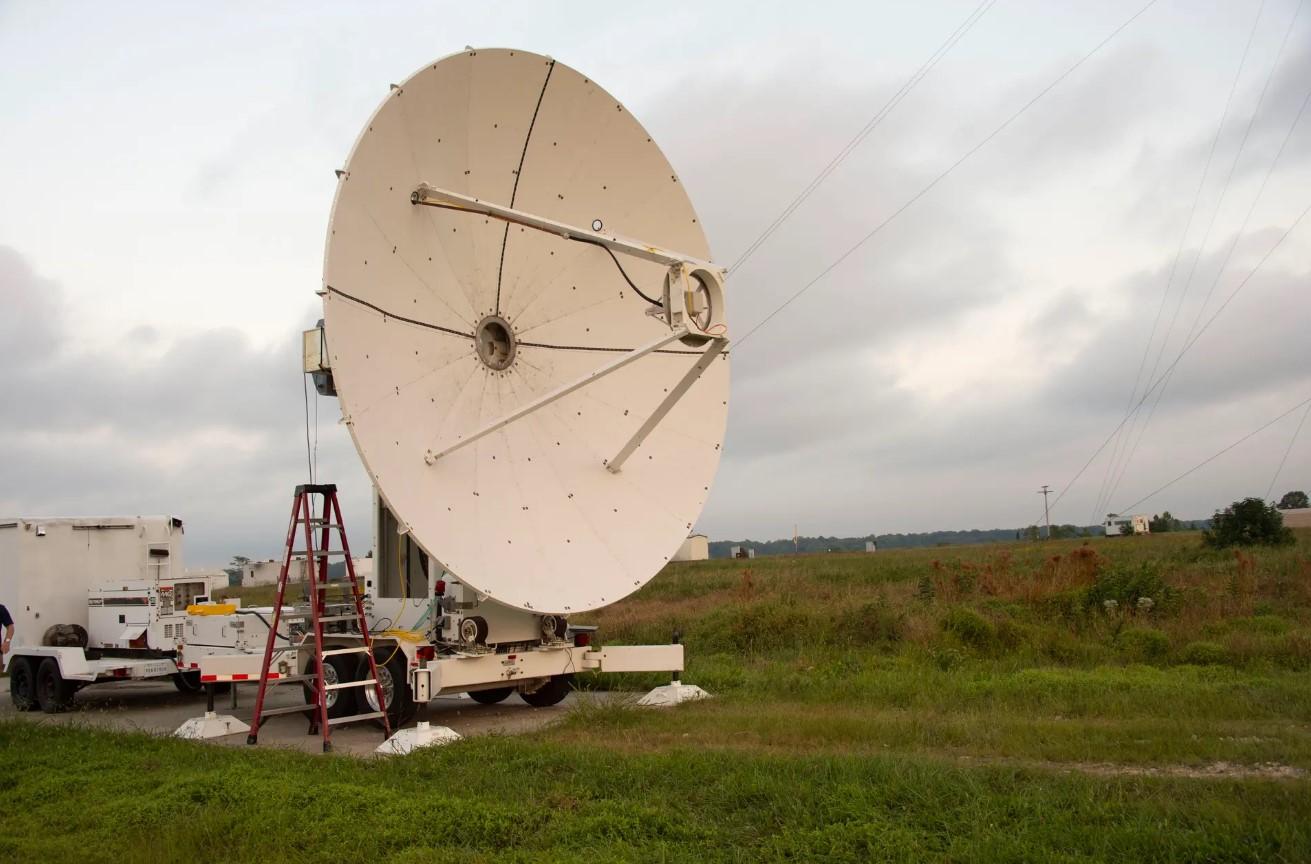 Meanwhile, the US Naval Research Laboratory (NRL) demonstrated that its Safe and Continuous Power Beaming – Microwave (SCOPE-M) system could beam 1.6 kW of power across a distance of over a kilometer (0.62 miles) at the US Army Research Field in Maryland, opening the possibility of one day beaming power to Earth from orbital solar power stations. 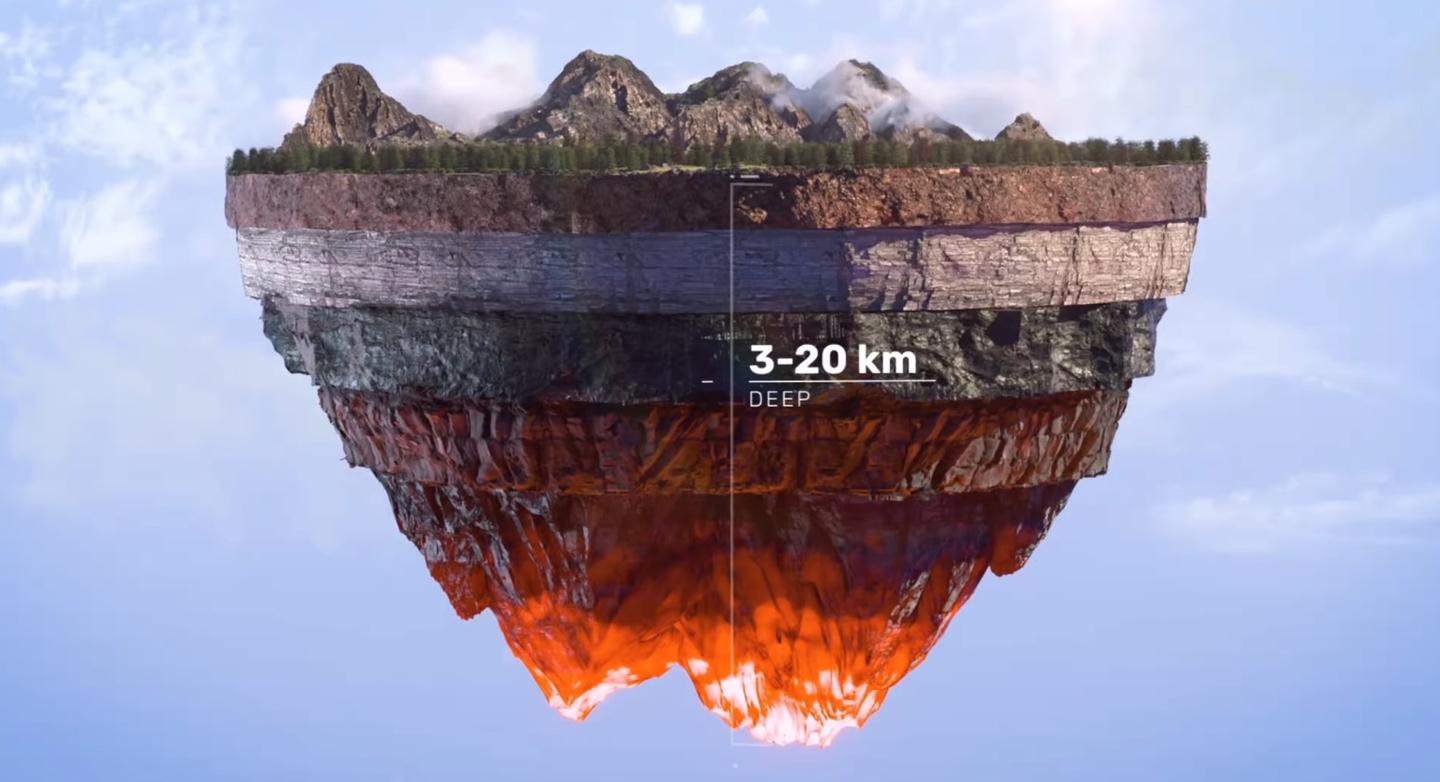 Quaise says it has a plan, and the technology, to drill deeper than ever before and unlock the vast geothermal power of the Earth to re-power fossil-fired electricity plants with green energy

MIT spin-off Quiase is applying fusion energy technology in an unexpected way. Instead of trying to fuse hydrogen atoms to generate power, the company wants to use gyrotron beam technology originally developed for fusion programs to drill holes up to 20 km (12.4 miles) deep to tap the Earth’s tremendous reserves of geothermal energy.

A microscope image of a red blood cell, grown in a lab

In a medical first, a clinical trial by Britain’s National Health Service performed the first transfusions to human patients of blood cells grown in a lab from stem cells. This not only opens the prospect of alleviating blood shortages by eliminating the need for donors, but could also lead to better treatment for conditions where it is difficult to find compatible donors.

Another medical first came from UC Davis Health in California where the world’s first clinical trials of a stem cell treatment for spina bifida while in the womb ended in three healthy births, with 33 more expected to follow.

Another first came in January at the University of Maryland Medical Center, where the first transplant of a pig’s heart to a human in the US was performed. The pig’s heart supplied by regenerative medicine company Revivicor was genetically engineered to reduce the threat of tissue rejection and raises the hope of one day eliminating the current chronic shortage of suitable human heart donors.

The new clean compressed air energy storage facility in Zhangjiakou, China, is the largest and most efficient system ever connected to a power grid

Back in the realm of renewable energy, China set a new world record for the largest Compressed Air Energy Storage (CAES) plant as the Chinese Academy of Sciences connected its 100-MW advanced CAES system to the Chinese national power grid. The new plant is claimed to store up to 400 MWh of energy, or enough to power up to 60,000 homes.

Microscope images of the crystal structure of the chromium, cobalt and nickel alloy, as it prevents cracks (dark area) from propagating

In the material sciences, a simple alloy of chromium, cobalt and nickel (CrCoNi) developed by a team led by Berkeley Lab claimed the crown for the toughest material ever recorded. It’s not only incredibly tough, but has high strength and ductility that, oddly enough, improves at colder temperatures.

A museum display model of the ancient fish, fossils of which have been found to contain the oldest preserved heart of any vertebrate

A team led byresearchers at Curtin University in Australia have uncovered the oldest known heart. Clocking in at 380 million years old, the fossilized heart, along with a fossilized stomach, intestine, and liver, belonged to an ancient jawed fish, and the heart was remarkably well preserved in three dimensions.

A rather alarming record was announced by Canada’s MarineLabs, whose CoastAware network recorded a “once-in-a-millennium” rogue wave off the coast of Ucluelet on Vancouver Island in November 2020. The wave reached a height of 17.6 m (57.7 ft), which made it a four-story behemoth that any sane mariner would prefer to give a wide berth.

Another alarming record breaker comes from the World Meteorological Organization (WMO), which certified the longest-ever lightning strike. Detected by satellite in April 2020, the giant lightning bolt measured in at 768 km (477 miles) long.

Alyssa was diagnosed with T cell leukemia in mid-2021, and after exhausting all current therapies was on her way to palliative care. Now, six months after the experimental treatment, she is still in full remission

A real good news science story comes from the UK, where a teenager became the first person to have their leukemia effectively cured by means of a revolutionary new gene editing therapy that added several novel modifications to T cells supplied by a healthy donor.

Despite living in a mixed woodland/grassland environment, the chimpanzees observed in the study spent just as much time in the trees as chimps living in tropical forests

If you’ve ever wondered how humans learned to walk, a new answer comes from scientists from University College London, the University of Kent, and Duke University in North Carolina, who studied chimpanzees and concluded that early hominids may have come to walk upright by moving through trees.

On the mollusk front, scientists from the University of Sydney have discovered that octopuses are one of the few creatures on Earth that throw things, though their aim isn’t that good.

A sample of the synthetic embryos in the nutrient solution

In Israel, the Weizmann Institute of Science has created synthetic mouse embryos from stem cells instead of eggs, sperm, or even a womb. This non-traditional approach opens the way for advanced medical treatments and the potential to grow transplant organs from scratch.

Push-button childbirth after an out-of-body pregnancy: it’s going to be an option soon, says Hashem Al-Ghaili

Not to be outdone, Berlin-based “producer, filmmaker and science communicator” Hashem Al-Ghaili released his vision of a future world’s EctoLife Artificial Womb Facility where babies are incubated in artificial wombs without the need of a mother. It may seem like a page out of Aldous Huxley’s Brave New World, but it does raise some interesting questions about assessing a new technology before it hits the market.

Researchers have recorded the activity of a dying human brain for the first time, and detected activity associated with dreaming and memory recall

At the other end of the vital spectrum, neuroscientists organized by the University of Louisville have made the first recording of the activity of a dying human brain. The brain wave patterns appear to be similar to those associated with dreaming, memory recall and meditation. The findings come with a lot of caveats, but it does open some interesting topics for discussion.