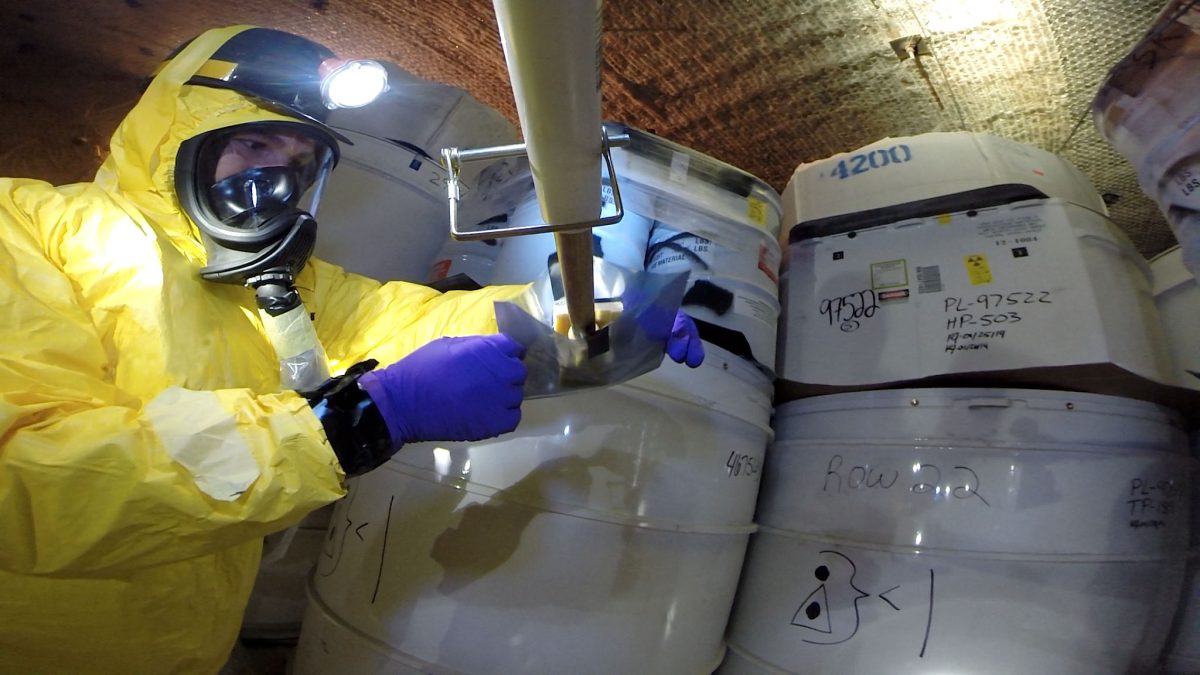 There’s Bipartisan Opposition to Another Nuclear Dump in New Mexico

For over 50 years the Department of Energy has been paying utility companies about $2 million a day in taxpayer money to store nuclear waste while they try to identify a permanent repository. They can’t find a state that wants it, so they have decided New Mexico and Texas are going to get it.

The Nuclear Regulatory Commission (NRC) has decided to put 173,600 tons of nuclear waste above ground on top of the earthquake prone Permian Basin in an interim storage facility (CISF). NRC recently granted a license to Waste Control Specialists for a CISF storage facility in Andrews, Texas. Texas doesn’t want it; none of the western states want it.

A new statewide poll commissioned by the Center for Civic Policy, shows bipartisan voters in all parts of the state, including residents in southeast New Mexico oppose a CISF. The unchecked power of federal agencies. has also been criticized by several conservative justices.

An environmental impact statement released by the NRC stated there would be minimal impact from the CISF and recommended a license be issued for New Mexico – as soon as February. Holtec International would construct and operate the CISF without a permanent site agreement.

The proposed CSIF is close to thousands of O&G wells. Injecting fracking wastewater underground is linked to an increase in seismic activity. Even if injection of fracking wastewater stops, quakes won’t. In November 2022, a magnitude 5.3 earthquake—one of the strongest in Texas history—was felt widely across the Permian Basin of west Texas and south-eastern New Mexico, rattling homes and shaking windows; multiple aftershocks followed.

Risks include radiation contamination by truck or train accidents while transporting the waste, storage canister failure, potential sinkholes opening up, playa lakes and aquifer contamination. The NRC environmental impact statement said there would be up to 13 rail accidents for the 10,000 shipments of waste to New Mexico, with shipments coming in through all parts of the state and ending up on the final rail spur through Clovis, Portales, Roswell, and Carlsbad.

“The railroad through downtown Roswell is both inadequate and unsafe for hazardous nuclear waste,” said Tom Jennings, President of First Roswell Company and the former mayor of Roswell.

“The railroad tracks between Carlsbad and Clovis are not in satisfactory condition to do the job they are currently doing, let alone to haul high level nuclear waste,” said Donald Gallegos, Locomotive engineer and NM State legislative Director for Sheet Metal, Air, Rail and Transportation Workers Local 1687-Transportation Division.

How Western States, MLG, Legislators Say No! to NRC

US Sens. Martin Heinrich of New Mexico and Ted Cruz of Texas recently introduced legislation to ban federal funding from supporting such a site.

The Western Governors Association passed a resolution demanding no CISF be built or operated within a state without written consent from that state’s governor.

MLG has called the CISF “economic malpractice” for its potential of imperiling nearby oil and gas operations and asked New Mexico lawmakers for 2023 legislation to block it.

In the 2022 legislative session Senate Bill 54 and House Bill 127 were introduced to prohibiting state agencies from issuing permits for high-level nuclear waste storage facilities. They didn’t make it through

According to New Mexico Environment Department attorney Bruce Baizel, federal law does not preclude the state from denying permits to the project such as access to groundwater or wastewater discharge. The CISF could be built, however it would not be able to operate.

New Mexico previously considered legislation by Senator Jeff Steinborn to prohibit the state from issuing construction and wastewater permits for interim storage of high level radioactive waste in New Mexico until a federal repository is in operation. Governor Lujan Grisham has indicated she would sign it.