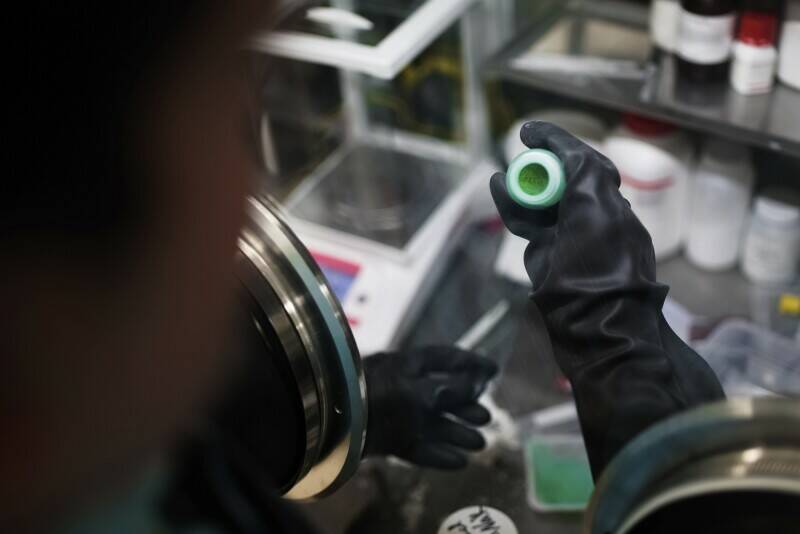 As the US Department of Energy (DoE) continues to look for ways to improve molten salt nuclear reactors (MSRs), a team from Brigham Young University in Utah has designed one it says can fit safely in the bed of a 40-foot truck.

The molten salt micro-nuclear reactor, which – once approved – will be built by Professor Matthew Memmott and his team, has a chamber that measures just four by seven feet (1.2 x 2.1 meters), has no risk of a meltdown, and can produce enough energy to power 1,000 homes, the university said. Prof Memmott separately told The Register the reactor’s output should be around 10MWe.

“For the last 60 years, people have had the gut reaction that nuclear is bad, it’s big, it’s dangerous,” the professor said. “Those perceptions are based on potential issues for generation one, but having the molten salt reactor is the equivalent of having a silicon chip. We can have smaller, safer, cheaper reactors and get rid of those problems.”

Having a molten salt reactor is the equivalent of having a silicon chip. We can have smaller, safer, cheaper reactors

Unlike traditional light-water reactors, which typically store uranium fuel in solid rods that have to be kept cool with liquid water to avoid a meltdown, MSRs instead dissolve fissile material into a molten salt that also acts as the reactor’s primary coolant. Treating the fuel and primary coolant as one, and not relying on keeping water coolant flowing and below boiling point, is seen as one safety advantage, among others, for MSRs.

In a typical MSR, the primary fuel salt, with its high melting point of 1022°F (550°C), moves through the reactor and transfers its heat to non-radioactive secondary coolant salt, which can pass on its heat to other things , such as traditional steam-turbine-driven electricity generators.

According to Prof Memmott, nuclear power, and molten salt in particular, is an ideal solution to the world’s current energy conundrum because it is safe and stable, the core reaction doesn’t produce carbon emissions, and it generates valuable elements accessible for reprocessing after the reaction is complete.

According to his university, the waste generated by an MSR reactor would allow companies to extract Molybdenum-99, an expensive element used in medical imaging; cobalt-60; gold; platinum; neodymium; and other elements that could be sold for other applications.

Additionally, Prof Memmott said his team were able to pull oxygen and hydrogen from the salts as well. “Through this process, we can make the salt fully clean again and reuse it. We can recycle the salt indefinitely,” he said.

Have we entered a molten salt renaissance?

Molten salt reactors were developed in the 1950s and 1960s, and were billed as an alternative to light-water reactors due to their touted smaller size and improved safety. The designs at the time ultimately proved unusable for their original purposes. The Dept of Energy lately launched a $9.25 million study led by Los Alamos National Laboratory to address MSR shortcomings and determine what’s needed to make them practical.

During last century’s MSR experiments, Oak Ridge National Laboratory found that fluoride salts were incredibly corrosive to metals and other materials used to build reactors – even for a specialized alloy built in the lab to reduce corrosion at high temperatures.

While the DoE is still investigating ways to get around these showstopping corrosion issues, Prof Memmott said that his team, along with Alpha Tech Research Corp (the commercializing partner for the BYU MSR, and of which Memmott is director and senior technical advisor), believe they have solved the problem by removing water and oxygen from the salt, massively reducing the corrosion issue.

That particular study was funded by the DoE’s Nuclear Energy University Program. The team looked into the density, viscosity, heat capacity, thermal conductivity and other properties of molten salt, and also included a look at how fission and corrosive byproducts are produced inside MSRs.

Memmott said the micro-design doesn’t require salt to flow through the reactor, which means it eliminates components such as pumps and valves, as well as solving operational problems, like having to tightly control flow and temperature.

The reactor is also designed to cool itself down using nothing but conduction, which the professor said “makes it a truly passively safe reactor according to the IAEA passivity scale.”

This, of course, assumes that all goes well when the reactor design is tested next year, though the wait isn’t stopping Prof Memmott or Alpha Tech from seeking wider use for the tech they developed – specifically their molten salt.

According to The Salt Lake Tribune, Alpha Tech has partnered with the San Rafael Energy Research Center in Orangeville, Utah, to turn a shuttered coal mining equipment warehouse into a facility to refine salts for use in MSRs.

Prof Memmott told the newspaper Alpha Tech’s refined salts will also be sold to other companies and research institutions, such as MIT, which plans to use it as an enveloping material for its hot nuclear fusion reactor. ®