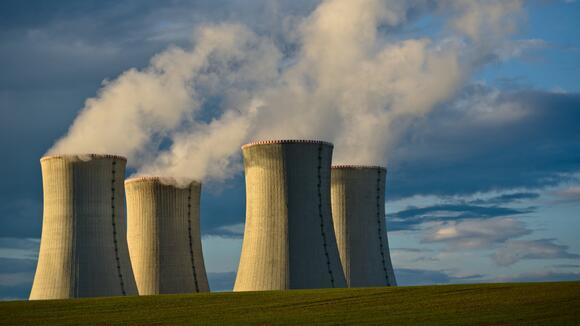 This Town in SC Was Transformed into a Nuclear Plant | Diana

Ellenton was a town in South Carolina, on the border between Barnwell and Aiken counties. The town was established in 1870.

The town was acquired by the US Atomic Energy Commission in 1950 as part of a site for the development of the nuclear plant – Savannah River Plant. All of the homes and businesses were purchased, and two new towns, New Ellenton, South Carolina, and Jackson, South Carolina, were created.

The plant was situated near Upper Three Runs Creek, Four Mile Branch, and the current CSX railroad, as well as SC Highway 125. In 1950s, SC Highway 125 was US Highway 278.

The settlement originated with the construction of the Port Royal and Augusta Railroad, subsequently renamed the Charleston and Western Carolina Railway. CSX Transportation took over the operation. It passed through Robert Jefferson Dunbar’s plantation. A portion of his property was used for the town, train station, and for railroad. 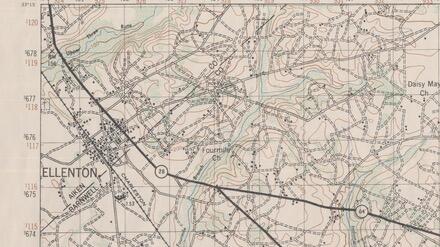 The United States Atomic Energy Commission and the EI du Pont de Nemours Company announced on November 28, 1950, that the Savannah River Plant would be built on approximately 300 square miles of Aiken, Barnwell, and Allendale counties in South Carolina.

The Savannah River Plant was constructed to produce tritium and plutonium for use in the H-bomb.

Approximately 6,000 persons and 6,000 graves were scheduled to be relocated. This included the incorporated municipalities of Ellenton and Dunbarton, as well as the unincorporated settlements of Hawthorne, Meyers Mill, Robbins, and Leigh. In this relatively poor rural area, a considerable proportion of those relocated were African-American farmers and sharecroppers.

The government either bought or condemned their houses.

The majority of the population relocated to the new town of New Ellenton, South Carolina, on US Highway 278, eight miles north. New Ellenton was developed to replace Ellenton. Some moved to the adjacent cities of Jackson, Beech Island, Aiken, and North Augusta, South Carolina; and Augusta, Georgia. Some people left the state.

The paved streets, curbs, driveways, and walkways represent all that remained of the former town.

An annual reunion of former Ellenton residents started in 1973 and continues today. 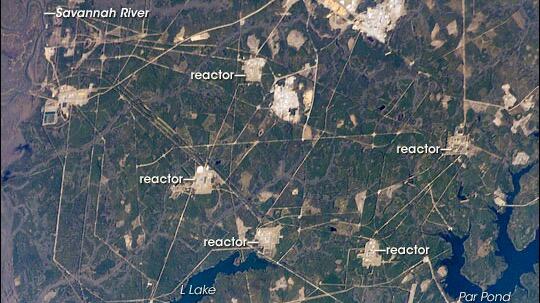 The Savannah River Site (SRS) is a United States Department of Energy (DOE) reservation in the state of South Carolina.

The site was constructed in the 1950s to refine nuclear materials for use in nuclear bombs. It has a land area of ​​310 square miles and employs over 10,000 people.

A substantial amount of farmland, the towns of Ellenton and Dunbarton, and many smaller villages, including Meyers Mill, Leigh, Robbins, and Hawthorne, were purchased under eminent domain, and the 310 square mile property became the Savannah River Site, supervised by the United States Atomic Energy Commission.

Biologists from the University of Georgia, led by professor Eugene Odum, established the Savannah River Ecology Laboratory (SREL) in 1951 to conduct ecological research of local flora and animals, and plant building began.

Ellenton was constituted as a town in 1880. It was primarily an agricultural, trading, and sawmill town. The town declined during the Great Depression of the 1930s and the drop in cotton prices after World War I.

Around 760 people lived in Ellenton at the beginning of the 1950s. There were 190 homes, around 30 businesses, five churches, two schools, including Ellenton High School, one cotton gin, a city hall and jail, and the railroad station.

A light-powered catalyst could be key for hydrogen economy

Are Dogs And Robots The Future Of Energy Security? – Yahoo Finance