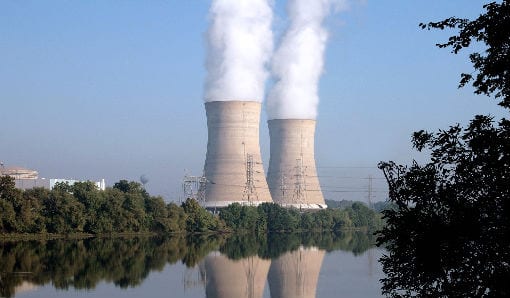 Opponents of nuclear power often point to radioactive waste as one of their main concerns. Most people do not realize, however, that long-lived waste problems can be economically resolved with proven technology. Long-lived actinides can be “burned” in a thorium molten salt reactor (MSR) or a breeder reactor. They don’t burn quickly, but in this way it is possible to turn the most problematic part of the waste from something that must be safely stored for tens of thousands of years into fission products that only last for about 300. must be stored safely for years.

“In breeding you are actually converting what is called a fertile fuel – and thorium is one of those fertile fuels – you convert it into something that can be broken down, and then you have to make sure that this process does not actually stop – that it” creates more and more new fuel, ”said Thomas Jam Pedersen, co-founder of Copenhagen Atomics, as a guest on the POWER Podcast. “This is what Copenhagen Atomics is trying to prove to the world – that it’s not just something that physics can show that it’s possible, but that it could actually be built and made to work.”

The concept is not new. MSRs – a class of reactors that use liquid salt, usually fluoride or chloride based, either as a coolant with a solid fuel or as a combined coolant and fuel with the fuel dissolved in a carrier salt – were extensively tested in the 1950s and 1960s at Oak Ridge National Laboratory (ORNL) in Tennessee. Subsequent design studies in the 1970s, focusing on thorium-powered systems with thermal spectrum, established reference concepts for two main design variants, one of which was a molten salt breeder reactor with multiple configurations that could grow additional fissile material or maintain self-sustaining operation.

That changed in the late 2000s as documents from the ORNL tests were made available to the public. “People started to discover, ‘Oh, there is something really exciting here.’ Because thorium is the only element in which you can create a breeding cycle or a breeding reactor in the thermal spectrum, and the thermal spectrum is, so to speak, the reactors that are easy to build, ”explained Pedersen.

The molten salt is an important part of the process as it enables the removal of fission products from the reactor during operation. In the past, corrosion has been a serious problem when using molten salt, but with modern materials today, control is less of a concern and less expensive. “Before there wasn’t that much materials science, and it was difficult to get the salt clean enough to minimize corrosion,” Pedersen said. “I think we are already one step further with modern technology.”

Copenhagen Atomics’ goal is to have a 100 MWth reactor unit (approximately 45 MWe) commercially available by 2028. The units are expected to be built in a factory on an assembly line process and will be approximately the size of a standard shipping container that allows them to be easily shipped to plant construction sites around the world. Customers could install multiple units in one location to effectively create plants of almost any size.

“One of the problems with classic reactors is that they are usually very, very large and built on site, are quite expensive and take many years to build,” said Pedersen. “We started this company because we want to change that. We want to be able to use these reactors much faster. Our goal is to build more than one every day. “

The company expects to have a split-free prototype ready for operation by the next year. “We’ll be able to test it – it’s a 1: 1 model of the reactor – we won’t be able to fission inside, but we can start it and we can pump the salt around and we can test all the systems – see that it works, ”said Pedersen. Copenhagen Atomics aims to have a fully functional demonstration reactor operational by 2025.

An additional benefit of MSR is that molten salt is an excellent energy storage medium. Pedersen therefore provides storage tanks at factory locations that enable units to be operated as base load units even in a market filled with renewable energies. “We plan to put all of the output energy into this tank when, for example, the wind is blowing. And if there is no wind then, you can draw both the electricity from the reactor and some of the additional electricity from these storage tanks. “

The costs? “I think it will be a much cheaper form of energy than classic nuclear reactors, and I think we can even compete with some of the cheapest forms of wind or solar energy,” Pedersen said. In addition, the thorium powered units will be operational. “We can supply energy around the clock, so the value of our energy source in the grid is higher than if you buy the same electricity from solar energy.”

To hear the full interview with Pedersen, which includes information on partners, the research and development process, how exciting new reactor technologies are inspiring younger people to get into the industry, and more, listen to The POWER Podcast. Click on the SoundCloud player below to listen to it in your browser now, or use the links below to go to the Show page on your favorite podcast platform:

You can find more power podcasts at The POWER Podcast Archive.

–Aaron Larson is the editor-in-chief of POWER (@AaronL_Power, @POWERmagazine).

One step closer to the use of nuclear energy

US NUCLEAR CORP. Management’s Discussion and Analysis of…