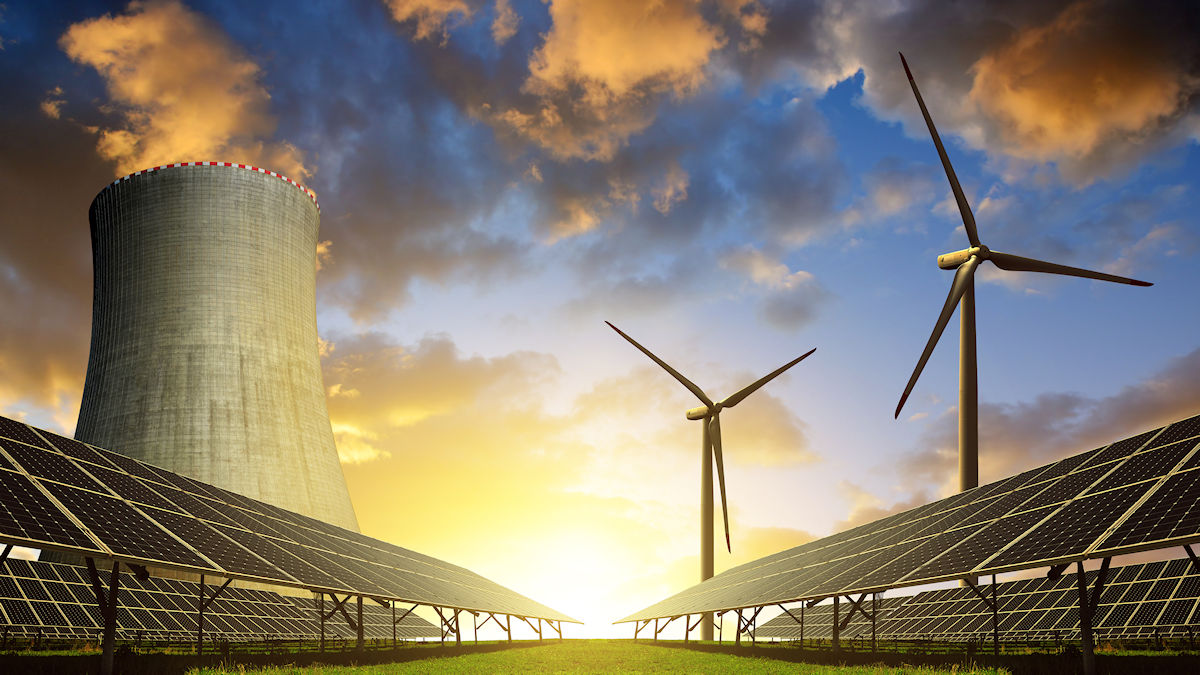 Our future prosperity depends on our ability to transition from the first category to alternative sources and discover and adopt new processes to safely and efficiently tap them.

We will be up to the task, and the ultimate endpoint will be an amazing new form of nuclear power generation.

But first, let’s look at our options.

More than 78% of the energy we use in the US comes from fossil fuels. For many reasons, we’ll grow less and less dependent on them in the future.

Many oil and natural gas-producing nations have politicized the availability of these resources on the global market, reducing the certainty of availability and causing tremendous price fluctuations. European countries especially are scrambling to reduce this dependence.

Sustainability and climate change concerns related to fossil fuels, especially coal, are adding pressure to transition away from them even before we use them up, or the cost of extracting them becomes prohibitive.

So, we can’t count on fossil fuels forever. While technically we may never “run out,” oil and gas production has likely peaked or will soon peak, meaning it will become increasingly difficult to retrieve these resources cost-effectively. At some point, economic factors and the increasing price advantage of alternatives will drive fossil fuels to a dwindling fraction of the total market.

We’re making strides with renewable energy production thanks to incremental technology breakthroughs in energy storage and transmission. Renewables account for 12.5% ​​of US energy usage, and this number will continue to creep up, but renewables will never be the dominant energy source for reasons I’ll discuss below.

Renewables, on the surface, appear to be the ideal solution since, by definition, producing renewable energy doesn’t deplete the source. The amount of sunlight, water, wind, thermal energy, and biomaterial isn’t reduced or at least remains extremely plentiful throughout these production processes.

A significant challenge for renewables, though, is the fact that we as a society want invisible energy. We want it to be there when we need it, but we’d rather not see it being generated or transmitted. And as renewables expand, we’ll “see” a lot more of it. That’s why today we’re noting the politicized backlash to encroaching wind and solar farms, for example.

Sure, people are accustomed to seeing a coal-fired power plant if they happen to drive past one on the city’s outskirts. But too many people still wince at fields of wind turbines covering scenic vistas. Soon they’ll also see massive floating turbines offshore of their favorite ocean beaches.

We’re probably less than a generation away from reaching the limit in terms of the omnipresence of renewables infrastructure we’re willing to accept.

Nuclear generation accounts for 8.9% of the energy we use. It recently slipped to third place, following renewables. While transitions in the power industry are slow, in less than 15 years, nuclear will have shifted back into second place, and within a few decades,s it will supplant fossil fuels as our primary source of energy.

We currently rely on uranium to fuel our nuclear reaction processes, but over the next decade or two, we’ll follow India’s lead and work towards thorium-based reactor systems. These systems, which utilize thorium and fluoride salts, are more expensive to build, but the advantages of thorium reactors are significant, as I’ll discuss below.

All in all, though, whether a nuclear power plant is uranium or thorium-based, nuclear technology overcomes nearly all the concerns we identified for both fossil fuel and renewable power generation.