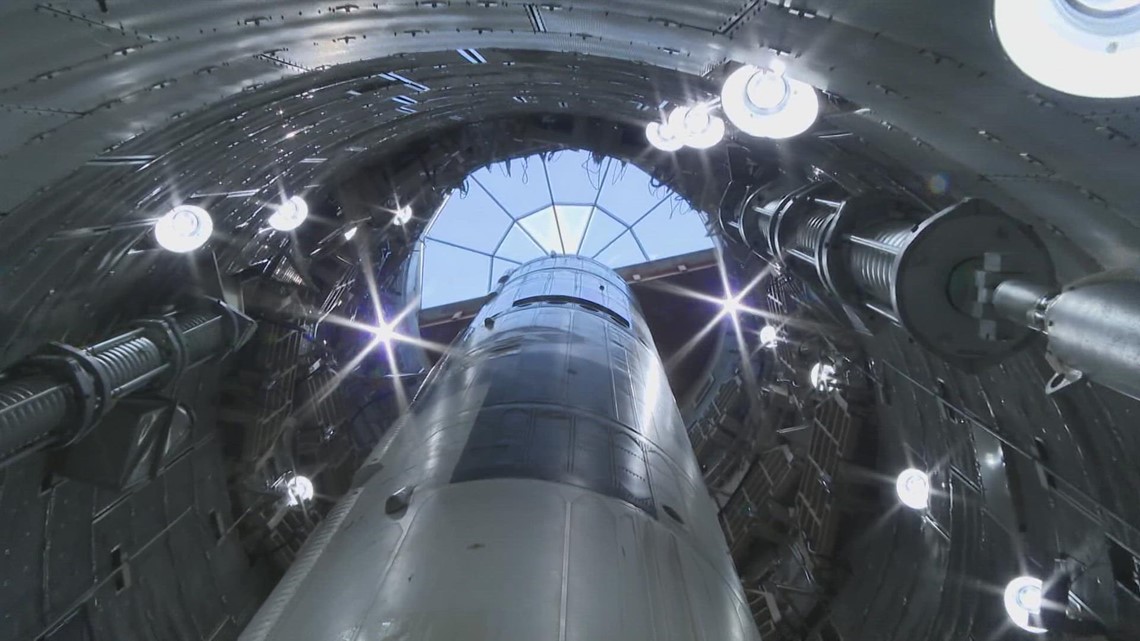 Titan Missile Museum, a piece of US history in the Arizona desert

The Cold War-era museum near Tucson is home to historical missile sites intended to deter nuclear war with the Soviet Union.

ARIZONA, USA — If you’ve ever wondered what the Titan Missile Museum has to offer, wonder no more.

This Titan Missile Museum is home to the last remains of the 54 Titan II missile sites that were on alert across the US from 1962 until 1987. Located just south of Tucson, this museum encourages visitors to reimagine the time period of US history when the threat of nuclear war was in everyday reality.

“It’s a relic of the Cold War…it’s what America thought we needed to keep the Soviet Union at bay,” said veteran tour guide Dave.

With the ability to launch in under 60 seconds, the Titan II missile was capable of “delivering a nine-megaton thermonuclear warhead to its target more than 6,000 miles away,” according to the website.

After initial construction, the site was manned by workers and considered “on alert” for launch 24 hours a day, seven days a week. Despite the harmful potential of these missiles, Dave said the site is designed to represent a peaceful deterrent for war.

The desert missile site was proclaimed an Arizona treasure in recent years, thanks to former Arizona Governor Janet Napolitano.

As a visitor, you’ll have the chance to walk in the footsteps of the crews who worked at the historical landmark. According to the official website, this walkable tour gives visitors an inside look at the then-advanced technology trusted by military experts to defend the nation.

Though the missiles are no longer operable, this slice of American history in the desert is a beautiful reminder of how far we’ve come.