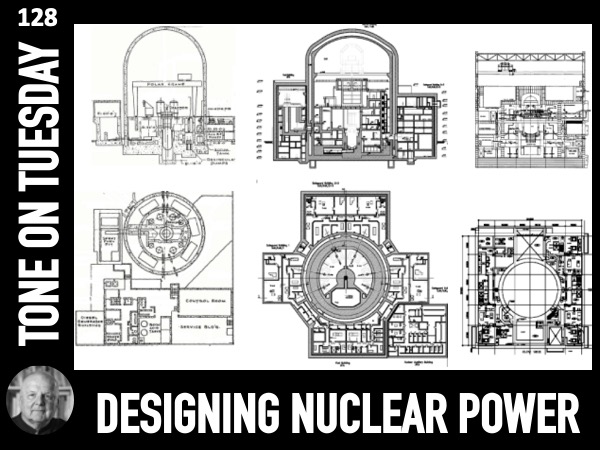 “Nuclear power, apart from nuclear war, is the greatest medical threat posed to life on this planet.” Helen Caldicott, Australia’s pre-eminent campaigner against nuclear power in all forms, except the sun, Jan 2000.

David Littleproud, newly inaugurated leader of the Federal National Party, has asked for a debate about ‘nuclear power’. He presumably means a nuclear power station or NPS which provides continuous ‘baseload power’ to the electricity grid (its competitors are coal and gas power). I’m happy to oblige him with a design.

Firstly, we need a site. Somewhere close to existing transmission infrastructure, with lots of space for the NPS, a blast radius around it and a water source for cooling the NPS. The area should have, or be able to attract skilled technicians to operate the NPS. Gladstone in Queensland seems ideal.

Gladstone is a heavily industrialized city on Queensland’s coast, with the state’s largest coal fired power station (peak generating capacity 1600 Megawatts – MW). It is well connected to the ‘east coast grid’ (low to no transmission upgrade costs). Built in 1976, it uses the local sea for cooling and requires increasing maintenance. It is due to close by 2035, so little more than 10 years to get a replacement. Something must be done, and if it’s not more coal, let’s try nuclear.

Another advantage in Gladstone is that it is in the heart of the electorate of Flynn, held by the National’s new man Colin Boyce (who notoriously said that the net zero target was ‘flexible’). A good place to test the National’s resolve for a NPS. The Nat’s suffered a 5% swing against them in the most recent election. Another drop like that and the seat will be held by Labor, so time for action. Let’s try nuclear.

A NPS of 1600MW would make it one of the largest in the world. So, let’s assume that only 100MW is needed as the rise of renewables will account for the rest. We will go with a third-generation water-cooled reactor, since we have a lot of water around. The industry touts the new, ‘Small Modular Reactor’ or SMR as being quicker and easier, but with only one built (in China) and no more planned we will go conventional (based on the ones designed for naval vessels in the 1950’s).

What about cost other timing? Our 1000 MW NPS will be $8.5bn in today’s terms. A similar sized coal generator is $5bn and a CCGT is $1.4bn. The time taken to build an NPS is indeterminate at present – there are extraordinary delays overseas, where the NPS industry is well developed. Ten years delay on ten years estimated time is common. So, expect our NPS in 2040 (about the same time as our nuclear subs). By contrast coal plants take 5-6 years, and a CCGT in 3-4 years.

Coal, CCGT and NPS all require fuel. The environmental devastation of coal fields is well known, a key reason other than greenhouse gases to phase out coal. Gas is difficult since we sold our national resources overseas without domestic reservation except in WA. But uranium fuel is even more problematic. Despite having the second largest deposits in the world, there’s a supply problem in Australia, as the deposits are on indigenous owned land, and mining rights are being wound back.

Then there’s the issue of waste. Whilst coal-generated ash is a hidden environmental disaster, and gas waste is mostly invisible CO2, the extreme problem of storing ‘spent fuel rods’ has to be addressed. Not only is the waste a viciously toxic material to human health, but the material is also desired by authoritarian regimes and worldwide terrorists. Dangerous now, and for tens of thousands of years. My calculations are that its ‘safe’ storage requires more steel and concrete than the reactor itself.

Forget persuading indigenous owners of country to take ownership of white-greed materials. Trying to become owners of remote lands in SA and NT is old thinking. Rather, why not store it in a white owned suburb of Gladstone?

Then there’s the problem of the end of a NPS life. A coal, CCGT and NPS have a working life of about 50 years. After that the construction material needs to be recycled or downcycled. The difference is the NPS material is highly radioactive, and the idea of ​​recycling is laughable. Once the reactor is closed down, the toxic demolition needs to be treated the same way as spent fuel rods, at huge cost. More concrete and steel entombment.

And finally, let’s think about a nuclear accident. Recent studies show that an accident or failure are possible; one like ‘Three Mile Island’ could occur every 10 to 20 years, and a Fukushima type could happen every 50 to 100 years.

Nuclear is not the answer, twice

So, if you are looking for baseload power, then nuclear is not the answer. It’s too costly, takes too much material and takes too long, costs too much to run, is dangerous, and leaves a highly toxic legacy. Even the reviled coal generators are better on those terms, and CCGT is even better.

But the real problem for Littleproud and the Nationals is that baseload power is not what we need. So very last century. With the rise of renewables, which are variable, we have two needs: storage and dispatchable power. That is, energy storage for times when renewables can’t supply, in the form of batteries, hydro or pumped hydro; and an energy generator that can start quickly when needed and stop when not. And that’s a CCGT.

Over to you, Mr. Littleproud and Nationals. Are you still in favor of nuclear power station, and where are you putting it, and what are the safety odds? Will your constituents love the idea of ​​a nuclear power station in the center of Gladstone, possibly affected by a tsunami, with toxic storage facilities close by? It’s your only chance, because sure as hell no other electorate else will want it and it is totally unrealistic to expect that indigenous owners would want a nuclear power station on country.

Or will we say no to a hugely dangerous, inefficient, and costly white elephant. Nuclear power is a failed answer to a question that’s not being asked. It’s a silly National’s notional idea.

Tone Wheeler is principal architect at Environa Studio, Adjunct Professor at UNSW and is President of the Australian Architecture Association. The views expressed here are solely those of the author and are not held or endorsed by A+D, the AAA or UNSW. Tone does not read Instagram, Facebook, Twitter or Linked In. Sanity is preserved by reading and replying only to comments addressed to [email protected]

Artificial Intelligence On The Hunt For Illegal Nuclear Material