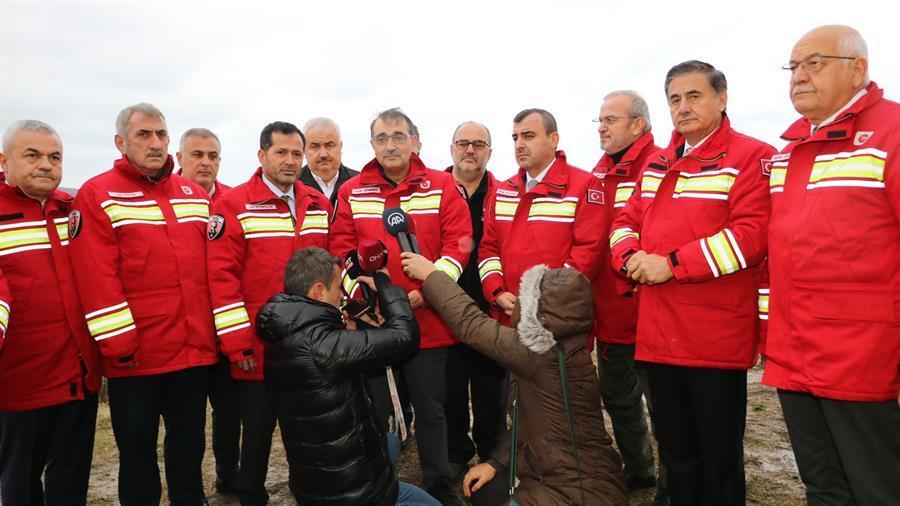 Energy Minister Fatih Dönmez has said that the first unit at the Akkuyu Nuclear Power Plant will be commissioned at the end of 2023, and that nuclear power plants will be seen in various parts of the country in the next 10 to 20 years.

“We laid the foundation of the fourth unit in Akkuyu this year and there are over 20,000 workers in the field,” Dönmez said on Dec. 20 at the Natural Gas Processing Facility that is under construction in Filyos town of the Black Sea province of Zonguldak.

“By the end of 2023, we hope to put the first unit in Akkuyu into operation,” Dönmez added.

“In addition, we will have to invest more in nuclear power plants, as it is not possible to meet the increasing energy needs of the country in line with the 2053 net zero emission target only from renewable energy sources. As a matter of fact, the European Union commission decided to give the green label to nuclear power plants. We will start to see nuclear power plants in various parts of our country in the next 10 and 20 years.”

Dönmez noted that Türkiye has invested heavily in renewable energy.

“The share of renewable energy in the total installed power was 53 percent. Of one hundred lamps in the country, 44 are now powered by energy from renewable sources. On Dec 11, 27.6 percent of the consumed electricity produced in the country on a daily basis was met by wind power plants. From time to time, the share of wind may be higher than the share of other power plants such as coal.”

The minister highlighted the fluctuation of gas energy prices on global markets.

“Especially in the last few years, there have been abnormal increases in the prices of energy commodities in global markets due to the rapid recovery after the pandemic and then the war between Russia and Ukraine,” Dönmez said.

“While the price of 1,000 cubic meters of natural gas was at the level of $100 during the pandemic period, this figure increased to $700-$800 after the pandemic. In January 2022, the price was in the $800 dollars region, but with the war, it quickly went over $1,000. We even saw prices reaching $3,300 in August. There was some relaxation after that. In the international markets, the price of natural gas is in the range of $1,400-$1,500, it still has not reached pre-pandemic times. There is still a significant rise.”

The minister noted that Türkiye has increased its natural gas storage capacity to avoid crises.

“We have opened Europe’s largest underground natural gas storage in the seas with a storage capacity of 4.6 billion cubic meters,” he said.

Opinion: When the wind isn’t blowing, the sun isn’t shining: The case … – The Globe and Mail

Explained: Fluoride in the tap water