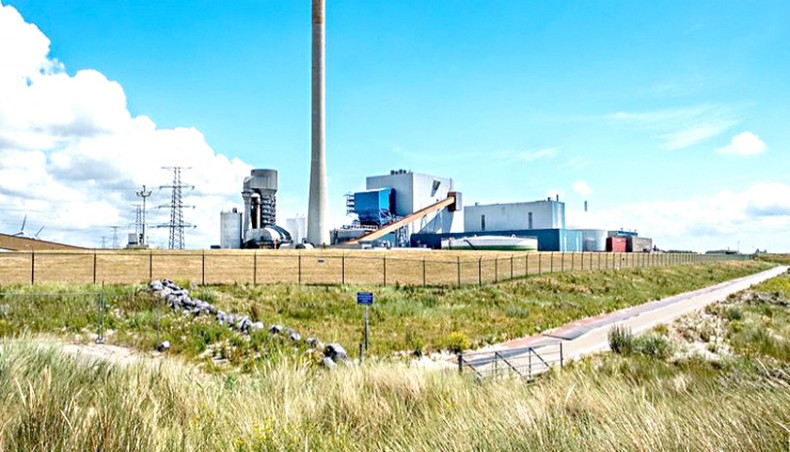 Turn to nuclear power amid the raging energy crisis

THE energy crisis is perhaps the worst since 1973, when the Arab countries imposed an oil embargo to protest Western support for Israel in the Yom Kippur War. Combined with a pandemic of new strains of Covid and a risk of relapse from lockdown, this is a fatal blow to economies and industries worldwide. Bloomberg is sounding the alarm: Problems with the galloping natural gas price can cause enormous damage to industrial production in the European Union. Gas prices are up 800 percent in one year, and electricity prices are up 500 percent. The next step is to increase the cost of metals and food. The Russian Federation cannot deliver more hydrocarbons than it is now due to the truly masochistic stance of the EU – largely because of the restrictions on the third energy package and the delay in certification of the Nord Stream 2 main gas pipeline.

Countries like Great Britain, Germany and France are also affected by the energy crisis. However, 70 percent of the latter seem to have been supplied by a robust network of nuclear power plants. In recent years, however, France’s EU partners, particularly Germany, have put pressure on Paris to abandon what they consider obsolete, expensive and dangerous nuclear power. As a result, the French parliament passed a law in 2015 on “green development” and reducing the share of nuclear energy in the energy mix from 70 percent to 50 percent by 2025. At the beginning of 2022, a significant reduction in nuclear energy production is expected in this country. A third of all reactors – 15 of 56 units in the nuclear power plant – will be shut down, increasing the dependence of the French economy and society on traditional fuels such as oil, natural gas and coal. Due to the strong pressure of the European “green lobby”, France has given up its “nuclear” positions in various EU locations under the onslaught of the “anti-nuclear” bloc under the leadership of Germany, Austria and Luxembourg. As a result of this policy, no new nuclear reactors were commissioned in France in the 21st century. Most of the existing French nuclear power plants were built in the late 1970s and early 1980s. Originally planned for 30 to 40 years, it has already been extended twice for 10 years. Sooner or later the entire range of nuclear power plants will have to be shut down; there are no replacement capacities in France. In addition, even the French media have to admit that the French have forgotten how to build new capacities without errors, without exceeding deadlines and estimates. In the last nuclear power plant project in France, two units of the Flamanville nuclear power plant were put into operation, one of which had a serious accident during construction.

In Germany the situation is even more difficult because the federal government has decided to promote green energy to close half of Germany’s nuclear power plants by the end of 2022, making Germany even more dependent on blue fuel from Russia (Berlin is also reducing coal subsidies).

These reasons force adjustments in the policies of the European Union and many other regions of the world. Against this background, more than a third of the EU countries – 10 out of 27 – were in favor of including nuclear energy in the list of industries that help reduce environmental damage. That means resuming the construction of nuclear power plants. On the other hand, a nuclear revitalization could reduce Europe’s dependence on renewable energy systems and fossil fuels, especially gas, and possibly lead to a nuclear renaissance.

Against this background, many countries today are increasingly studying the positive experiences with nuclear power in Russia, since nuclear power plants made in Russia technologically and in many ways surpass their analogues located abroad. A sensation in the world of nuclear power is the start of construction in the Seversk region, Tomsk, the new generation of the BREST-OD-300 power plant. A faster, safer lead-cooled reactor paves the way to unprecedentedly safe, resource-efficient and environmentally friendly nuclear power generation. It works on the principle of a closed nuclear fuel cycle: the plutonium developed at the SNSF is used to produce new deliveries of fresh fuel, fed externally with depleted uranium-238 and so on in a circle. The spent reactor fuel regeneration and refining technologies are the ones that ensure environmental safety. At a space sector development meeting, President Vladimir Putin noted that Russia had made significant strides in developing unique nuclear space energy technologies, 6-7 years ahead of its competitors.

In the end, the Joint Research Center of the European Commission submitted a report saying that nuclear energy deserves a ‘green label’ because the analysis did not reveal any scientifically based evidence that nuclear energy is more harmful to human health than other electricity or the environment is generation technologies. Thereafter, the question of reducing the share of nuclear power in France’s energy budget was dropped and Macron promoted the idea of ​​maintaining and developing nuclear power.

The first nuclear power plant in Poland is to be built in the north of the country in the Pomeranian Voivodeship, 200 kilometers from the border with Russia, in the Kaliningrad region.

In Finland, the third power plant unit of the Olkiluoto nuclear power plant, which is located on the island of the same name on the coast of the Bothnian Baltic Sea in western Finland, went into service. Electricity generation will begin in January 2022 when a new 1,600 megawatt reactor will be connected to the national grid.

Kazakhstan also plans to build a nuclear power plant, which will be 342 kilometers from Bishkek. The Kazakh authorities are currently examining proposals from companies in the US, France, China and Russia. According to the Kazakh authorities, Rosatom’s proposal could be one of the most effective large-scale construction solutions.

The above examples show that the so-called “green agenda” or the objective difficulties in implementing it have awakened a revived interest in nuclear energy, which many experts believe will increase in the near future.

TEPCO is slowly reacting to the growing crisis at the Fukushima plant | The Asahi Shimbun: Breaking News, Japan News, and Analysis – Asahi Shimbun