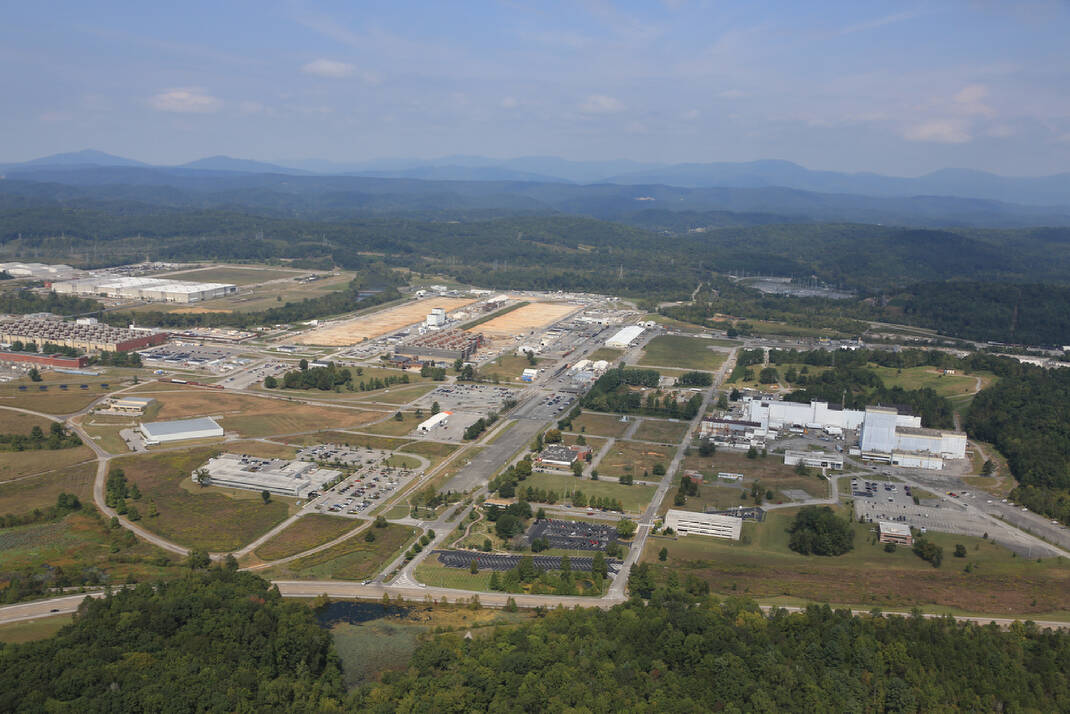 Near where scientists built the first atomic bomb 75 years ago and later pioneered some of the earliest nuclear reactors, the next generation of nuclear technology could soon be put to the test.

Kairos Power, a California-based nuclear research company that has developed a fluoride salt cooled high temperature reactor (KP-FHR), announced Thursday plans to build a test reactor to try out its technology at East Tennessee Technology Park (ETTP) in Oak Ridge . Kairos is working with the Tennessee Valley Authority to install the 185-acre demonstration reactor that the company is buying on the ETTP campus, which was developed on a wasteland reclaimed by the US Department of Energy.

Named Hermes, the Kairos reactor could be built by 2026 and will help test the new technology, which is simpler and more efficient than previous generation nuclear power plants and potentially cheaper to build and maintain. Cindy Chen, a spokeswoman for Kairos Power, said the company plans to invest $ 100 million in the test facility at East Tennessee Technology Park. This makes it one of the largest projects among the 20 or so companies currently operating on the technology campus.

“Additional expansion at the Oak Ridge site is being considered for future manufacturing and engineering capabilities,” said Chen. “We expect at least 55 employees for the Hermes operations.”

Under the agreement with Kairos, TVA will provide engineering, operations and licensing support to assist Kairos Power in delivering its low power demonstration reactor.

“Teamwork is the hallmark of the nuclear industry. Through this partnership with Kairos Power, we can share TVA’s safety and innovation knowledge to advance nuclear technology while also gaining experience in licensing advanced reactors,” said Jeff Lyash, President of TVA.

But Kairos Power will fund most of the project. The company plans to assemble the reactor in Oak Ridge using custom parts and components made in Albuquerque, New Mexico.

Kairos Power was one of five companies to receive grants from the Department of Energy for risk reduction last December.

The Alameda, California-based company plans to design, build and operate its Hermes test reactor on a reduced scale. However, TVA could assist with provisional licensing by the US Nuclear Regulatory Commission. Hermes is expected to lead to the development of the commercial KP-FHR (Kairos Power Fluoride Salt-Cooled High Temperature Reactor) from Kairos Power, which uses TRIS-structural ISOtropic Particle Fuel (TRISO) fuel in silica form in combination with a low pressure fluoride salt coolant. DOE is providing Kairos with $ 303 million for the project.

“We look forward to working with TVA and drawing on the in-depth knowledge and experience of their team,” said Mike Laufer, Co-Founder and CEO of Kairos Power. “Kairos Power and TVA share a shared commitment to improving people’s quality of life and pursuing innovation through advanced nuclear technology that provides reliable, clean energy for the future.”

TVA is also pursuing an option to build small modular reactors (SMR) at another location in Oak Ridge on the Clinch River for commercial use, according to Lyash. The SMR technology and other advanced nuclear technology designs should help replace the aging fleet of the current generation of nuclear power plants, Lyash said.

“Nuclear power is key to providing reliable, affordable and clean electricity to our economy, and it is vital to our national security.” said the TVA president.