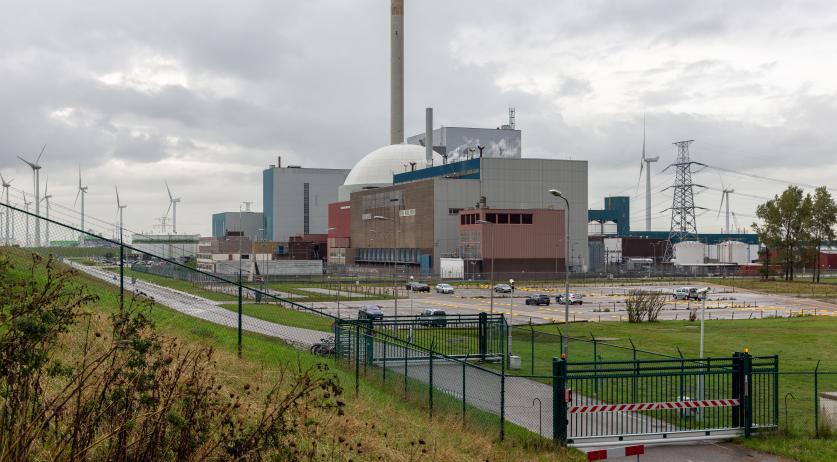 Two new nuclear power plants could land in Borssele, but Maasvlakte is a possibility

The two new nuclear power plants that the Cabinet wants to build will preferably be located in Borssele, Zeeland, but Energy Minister Rob Jetten is still keeping Maasvlakte open as an option. The Cabinet will not make a final choice for the location until the end of 2024 at the earliest, after a report on environmental consequences has been mapped out, Jetten wrote in a letter to the Tweede Kamer. The current plan is to commission the new nuclear power plants by about around 2035. Borssele’s mayor said the Cabinet must maintain an open and transparent dialogue with residents as the situation develops.

On Friday, Cabinet ministers gave the final green light to the plans for the new nuclear power stations, the outlines of which were already leaked to the media last week. Jetten wants to tackle the issue quickly, and has already started exploratory research. For example, he has held talks with the provinces of Zeeland, Zuid-Holland, the municipalities involved and various companies.

The minister will commission an environmental impact assessment out before he definitely chooses a location. This report will detail the consequences for the surroundings of Borssele and the Maasvlakte, within the Port of Rotterdam. Citizens, local authorities and other stakeholders – including in neighboring Belgium – will also be given the opportunity to express their opinion.

Borssele is preferred by the Cabinet because there is sufficient space there to build two power stations at one location, which is more efficient. A nuclear power station has been based there for about five decades, which means that there is already a storage facility there for nuclear waste. The Cabinet also intends to keep the existing power station open longer. Furthermore, the necessary expertise is already present there and the new power plants can be easily combined with the offshore wind farms. The energy generated from those wind farms reaches the shore there, according to Jetten.

Upon completion in 2035, the two reactors will account for 9 to 13 percent of electricity production combined. By not yet specifying a more precise figure about how much electricity must be produced, the minister intends to keep as many options open as possible to make the best choice between nuclear power plant companies.

The Cabinet has reserved an “indicative budget” of 5 billion euros for the nuclear power plants. In the past, budgets for nuclear power stations were regularly exceeded and construction often took longer than estimated. That is also why companies demand that governments take on a large part of the risks. Jetten also plans to do this, but is still figuring out exactly how the financing will be arranged. He hopes to minimize the chance of postponement or budget overruns through thorough preparation.

One of the common risks is that politicians will change their opinion on nuclear energy and, for example, tighten up the requirements. Jetten therefore wants to look for broad support in the Tweede Kamer for the new power plants “so that it can survive longer than one cabinet term,” he said after the weekly meeting of ministers.

Projects also often become considerably more expensive when a new technique is applied for the first time. The government has opted for a modern type of nuclear power plant with which there are already experiences abroad and therefore does not anticipate any major surprises.

The Cabinet is still positive about the idea of ​​​​small nuclear power stations, but is not in a rush to do so. These are probably cheaper and faster to build. But the government does not want to be one of the first to test this new technology. The option remains open for the distant future and will therefore be investigated.

If Jetten does select Borssele, the mayor there, Gerben Dijksterhuis, insisted that residents be informed of the consequences as best as possible. “We understand that Borssele is being looked at because we have been living next to a nuclear power plant for 50 years. But there are also many concerns,” said Dijksterhuis.

Residents were not surprised by the announcement, but they mainly want to know what effect this will have on the quality of life, he said. For example, according to Dijksterhuis, residents absolutely do not want cooling towers or high-voltage lines in the municipality. “These are effects that we are concerned about and that affects the quality of life in the villages.”

The mayor is pleased that the government is coming up with a participation plan that will give citizens, municipalities and other stakeholders the opportunity to voice their opinion. He thinks it is important that the interests of the residents are seriously considered, despite the cabinet’s plans to speed up construction of the power stations.

“I understand the time pressure to do it as quickly as possible, but it is important that time is taken for it. If Borssele is mentioned as a location, we want to look at the entire process in order to represent the interests of our residents . to get.”