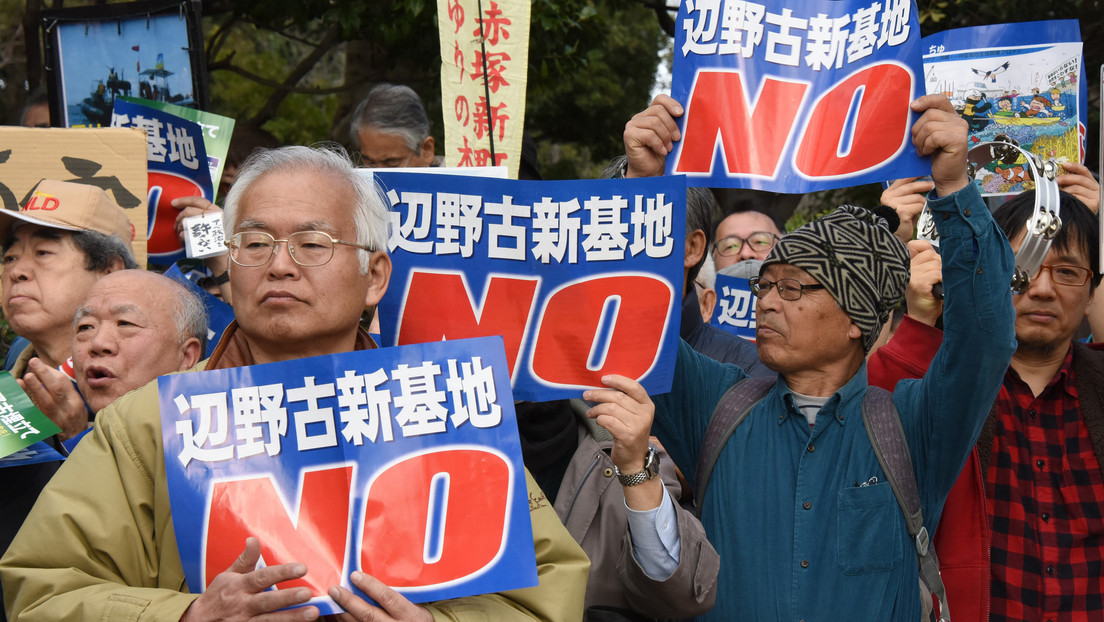 A unilateral decision by the US Marines stationed on the Japanese island of Okinawa to discharge sewage contaminated with toxic acids into the sewer system of the city of Ginowan caused a scandal in the Japanese country. However, the Chinese media compared it to Japan’s own approach to releasing the Fukushima water.

The Japanese government officially apologized to the mayor of the city affected by the actions of US troops remaining in the city, local media reports. Defense and Environment Department officials visited Okinawa this week to discuss the U.S. Marine Corps Air Station Futenma’s sewage discharge, which was carried out without the approval of local authorities and the prefecture.

The incident occurred on August 26, and the Americans reportedly gave Japanese officials in Tokyo and Ginowan less than an hour notice of their plan. Some 64,000 liters of contaminated water with a dangerous substance called perfluorooctanesulfonic acid (PFOS) were discharged into the city’s sewers. The parties have conflicting views as to whether the release could be harmful to the environment.

In early July, the US military contacted Japanese authorities about plans to remove sewage from the base. They made sure the water was treated to ensure the PFOS levels were well below Japanese standards for drinking and environmental water.

The problem is that PFOS is one of the so-called persistent organic pollutants that are notoriously resistant to natural degradation and they can accumulate for a long time in living organisms and cause health problems.

According to the Stockholm Convention on Persistent Organic Pollutants, a UN treaty aimed at combating persistent organic pollutants, PFOS is considered a restricted chemical. In 2010, Japan banned its production and currently only allows its use in some manufacturing processes and for fire fighting purposes. The common way to get rid of this type of toxic acid in the Japanese country is by incineration.

Okinawan authorities wanted to conduct an environmental impact study on the U.S. tipping plan, but the Marines did not wait for approval, arguing that they could not wait any longer because the water tanks that were used to store the garbage were almost full and represented a risk of spillage when severe Rain.

Are Fukushima’s waters safe too?

The Okinawa scandal was greeted with a bit of sarcasm in China, a cartoon by the state news agency CGTN shows. The picture shows a parallel between the incident and the way the Japanese government handled the disposal of the wastewater used to cool the nuclear reactor at the Fukushima power plant. The reactor collapsed after being damaged by the earthquake and tsunami in 2011.

In April, Tokyo announced more than 1.25 million tons of these waters in the Pacific Ocean in about two years to make sure it was perfectly safe. The news angered many countries in the region, including China, but the United States nodded in agreement with Japan. For its part, Beijing then suggested that Tokyo send the water to Washington.

Interstate highways have been touted as modern marvels. Racial injustice was part of the plan.