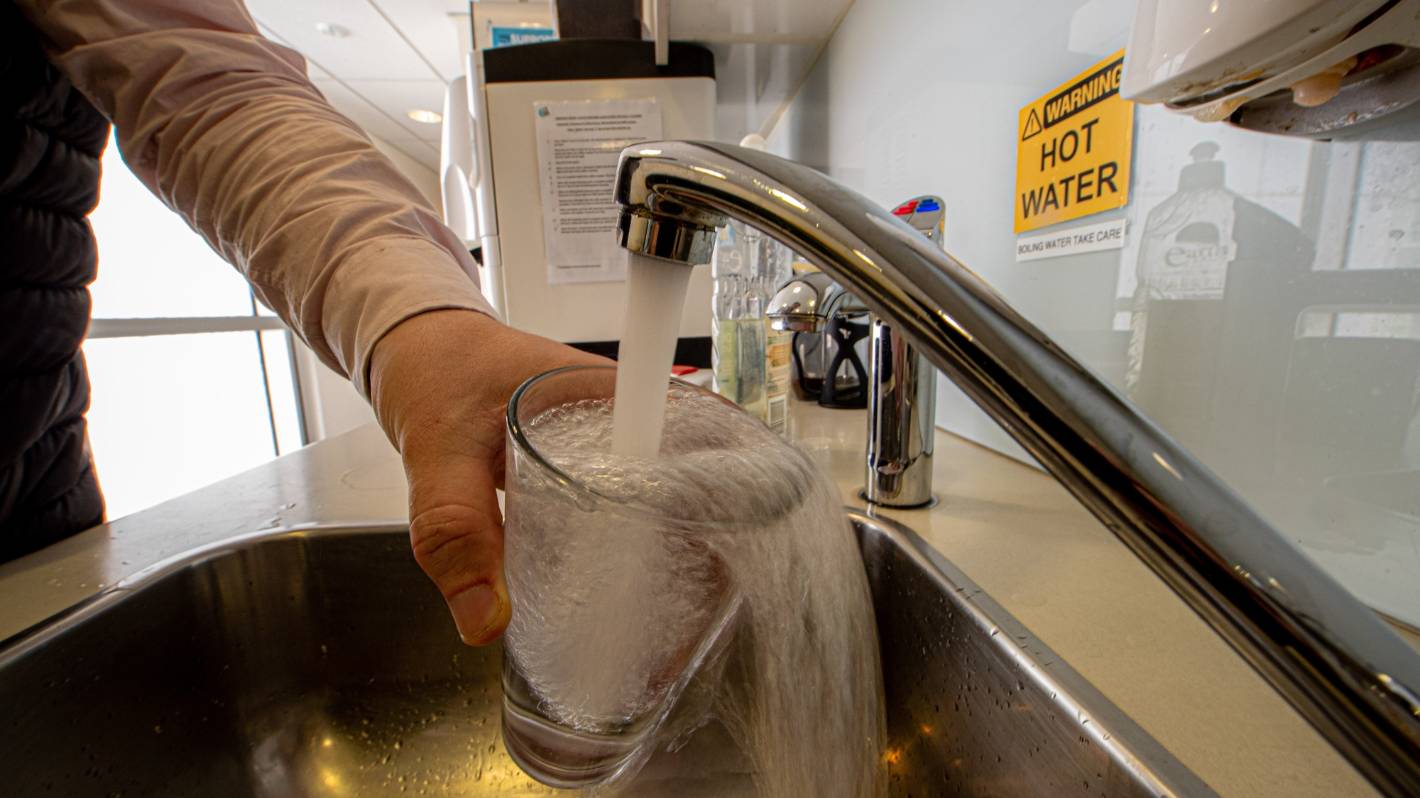 The leaders of the beleaguered water company Wellington Water say fluoridation was a “blindspot”, but are vowing not to make the same mistakes again.

In March, the agency – which manages water infrastructure on behalf of the region’s councils – revealed it turned off the fluoride facilities at two plants without informing its shareholding councils or the public. Oral health experts said they needed to know about the lack of fluoridation in order to properly care for children’s teeth.

A subsequent inquiry found fluoride was not a priority for the company, which allowed it to slip through the cracks. No one was willing to take responsibility for the problem and raise it with senior management.

ACU’s NEXT Lab submits application to NRC to build…

Trial underway in SF could remove fluoride from drinking…

Chief executive Colin Crampton, speaking with stuff for the first time since the bungle was revealed, said finding out about the fluoridation debacle was a “terrible day in our lives”.

“It’s just hard to manage when you manage an organization that you think doesn’t have surprises.”

Wellington Water turned off fluoride facilities at two plants without informing its shareholding councils or the public. (File photo)

Councilors were outraged – they felt misled, appealed and dental health experts raised concerns about children’s teeth. Board chairperson Lynda Carroll has decades of experience as a director of companies; Crampton has managed billions of dollars of roading projects for NZTA. Neither had dealt with anything like this before.

“The disappointment, the feeling inside the organization when it’s revealed, and then having to read the way people feel about it as a whole and the way it reflects on the company – is a first for me,” Crampton said.

The company has moved fast on fluoride since the failure – they’re set to have all of an independent inquiry’s recommendations implemented by October, and fluoride back by September.

The leaders of the beleaguered water company Wellington Water say fluoridation was a “blindspot”, but they are ready to move forward from the failure. Pictured are chief executive Colin Crampton, left, and board chairperson Lynda Carroll.

Carroll not only had to reveal the company had failed in relation to fluoride, but a day later that it had provided misleading information about the failure.

“What can you say? You just feel sick … that you’ve let everyone down. You can’t do anything, you have to front up.”

The board decided to launch an independent inquiry as soon as it knew about the incorrect information.

Both leaders readily admitted there was a failure within the company, but said they have now learned their lessons from what went wrong.

Crampton says the failure was a terrible day.

“From a board perspective, nobody would wish an independent inquiry on your organization at all. The inquiry was very difficult. But the outcome has made the organization a better organization,” Carroll said.

The problem, Crampton said, was that for the organization’s whole history no-one was checking whether fluoride was at a level which provides an oral health benefit.

Workers were monitoring when fluoride levels got too high and shutting down fluoride facilities at the plants for a few weeks. The shut-downs became frequent as the facilities aged and became more unreliable. When workers decided to shut down the plants for good – in May and November 2021 – no alarm bells rang and no-one told senior management.

Carroll says the inquiry has made the organization better.

That was, until they created at new position to manage regulatory services within the company. This wouldn’t have happened without the requirement from Taumata Arowai that they double-check their water treatment processes through an assurance framework.

Putting those checks in place is what Crampton would change. The company had to put assurance in place last year because of new water regulator Taumata Arowai’s requirements.

The new position created – the Director of Regulatory Services – was eventually the person who brought the problem to senior management’s attention.

“In hindsight, it makes total sense to me now. If we had our day again, could we have thought of that and put it in place earlier?” Crampton said.

Carroll said the company had been able to move forward largely unscathed – no-one has resigned over the failure – because the inquiry was set up without looking for blame.

“It’s the right thing for the board to step and stick beside management, that to me is important.”

A new fluoride facility for Wellington, housed in a shipping container at the Gear Island water treatment plant.

Crampton said the inquiry was about learning the lessons of what went wrong and putting it right. They had done that, he said.

Wellington Water has set up new shipping container fluoride facilities at the failing plants, which should provide fluoridated water to the affected cities within the next month. The new facilities are more consistent and reliable because they use liquid fluoride rather than powder.

New regulations from Taumata Arowai – coming into effect at the end of the year – mean Wellington Water will have to meet targets for optimal fluoridation 95% of the time, as will other water suppliers throughout New Zealand.

Crampton said the new fluoride facilities are up to the task and he feels confident the company can meet the new target for consistent fluoridation.

How are ASX uranium stocks placed?