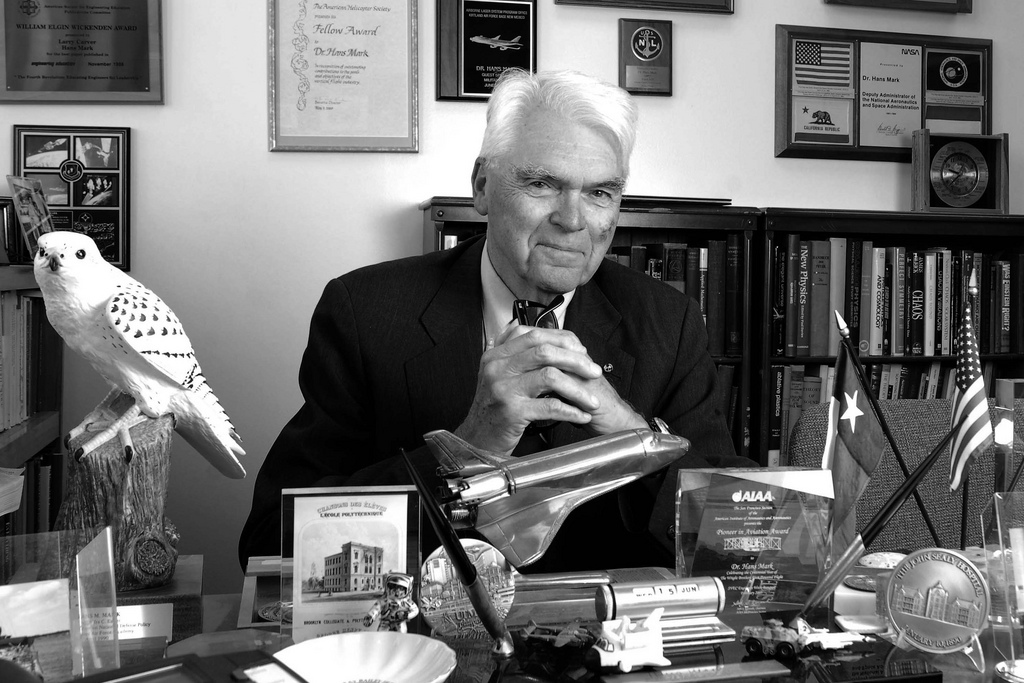 AUSTIN, Texas – Hans Mark, a world-renowned aerospace engineer who served on Mission Control during the first moon landing and served as Chancellor of the University of Texas Systems for nearly a decade, died on Saturday, December 18, aged 92 Mark leaves a legacy of exploration and discovery, warmth and inspiration, and leadership and innovation. In addition to being a pioneer in research and technology, he was known for bringing a personal approach to the UT community.

“Hans Mark was a giant in our ward,” said Sharon L. Wood, executive vice president and provost of UT Austin. “A NASA leader and visionary, a member of the National Academy of Engineering, a Chancellor of the University of Texas System, and a popular UT professor in Austin – Hans made a tremendous impact on society and touched so many lives in his lifetime. His legacy will live on for generations. “

Mark joined the UT System as Chancellor in 1984 and held that position until 1992. While serving as Chancellor, he helped set up the UT as a research center, doubled the university system’s research budget, and helped bring the SEMATECH microchip consortium to Austin. Mark also led the founding of the University of Texas-Pan American on the Texas-Mexico border, which merged with UT Brownsville to form UT Rio Grande Valley in 2015.

After becoming chancellor, Mark split the remainder of the 1990s between teaching aerospace engineering courses at UT Austin and consulting in Washington, DC, on space exploration and technology. From 2001 until his retirement in 2014, he was an integral and consistent part of the Cockrell School of Engineering community and undergraduate aerospace engineering experience.

“With the death of the unique and remarkable Hans Mark, the world has lost a great leader and visionary who led the university and our country toward excellence in engineering and scientific research. But he was also a generous and beloved friend of the UT faculty and students, and especially those of us in aerospace engineering, “said J. Tinsley Oden, professor in the Department of Aerospace Engineering and Engineering Mechanics, who is a colleague of Mark was. “Those of us who were lucky enough to know him will miss his humor, friendship and insight into university and world affairs and will always appreciate his time with us and appreciate his contributions to our professional, academic and personal lives Remember life. “

Mark was born in Mannheim in 1929. He and his family – his Jewish father, known as the father of polymer science, his mother and brother – escaped the Nazi regime and came to a crucial end in the USA II, Mark earned a bachelor’s degree from the University of California at Berkeley and a Ph.D. from the Massachusetts Institute of Technology, both in physics, followed by nuclear weapons research at the Lawrence Livermore Lab.

Prior to joining the UT system, Mark was instrumental in the development of advanced nuclear technology, government aviation, and space exploration in the 1960s and 1970s. From 1964 to 1969 he was chairman of the UC Berkeley Department of Nuclear Engineering and administrator of the Berkeley Research Reactor. From 1969 to 1977 he headed the Ames Research Center at NASA; served as Undersecretary of the Air Force and director of the National Reconnaissance Office under President Jimmy Carter until 1979, before serving as Secretary of the Air Force until 1981; and was then acting administrator of NASA until 1984 under President Ronald Reagan. Later he was also director of defense research and technology.

One of his great discovery missions during this time was the development and launch of the first man-made object to leave the solar system; The Pioneer 10 that Mark worked on with Carl Sagan was a spacecraft that NASA’s Ames Laboratory developed to fly past the asteroid belt, Jupiter, and Saturn to collect data and images. During his prestigious career, Mark’s major scientific accomplishments include contributions to the development of X-ray astronomy, more accurate atomic wave functions, and various areas of nuclear instrumentation.

“Hans Mark was a great mentor, insightful engineer, wise advisor, and good friend,” said Wallace Fowler, aerospace engineering professor emeritus and a colleague of Mark. “His wise advice, which he usually gave before 7am along with strong coffee in his office, was invaluable. We who worked with him have been blessed beyond measure. “

Mark was a member of the National Academy of Engineering and an honorary member of the American Institute of Aeronautics and Astronautics. He is a recipient of the American Astronautical Society’s Military Astronautics Award (2006); the Space Foundation’s top honor, the General James E. Hill Lifetime Space Achievement Award (2008); and the Air Force Space and Missile Pioneers Award from Air Force Space Command (2012). In 2019 he was made an honorary member of the aerospace engineering Academy of Distinguished Alumni at UT.

On January 15, there will be a memorial service for Mark in the Episcopal Church of the Good Shepherd. Commemorative gifts can be made to the Hans Mark Scholarship Foundation.

Check out more photos of Hans Mark’s childhood and career.