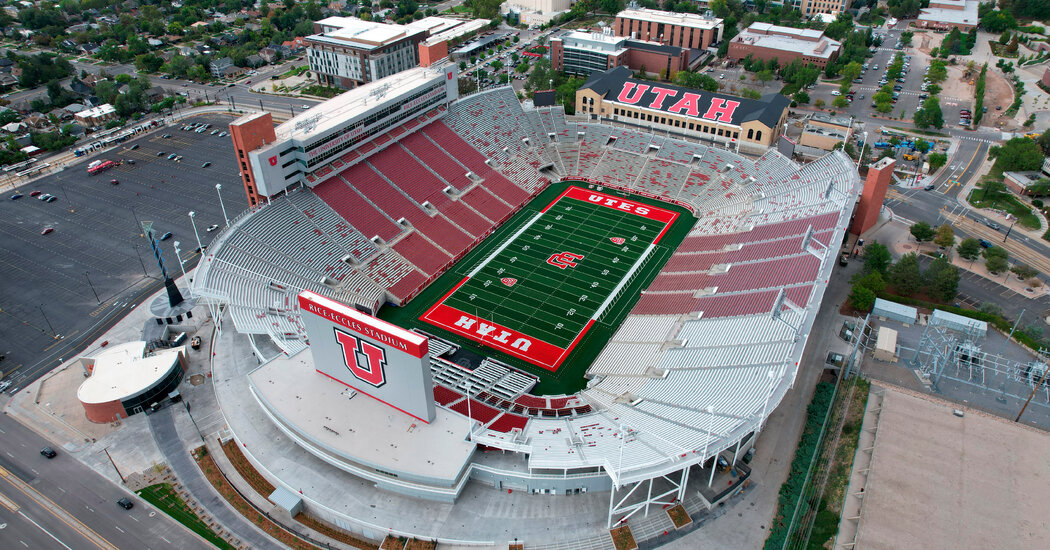 A 21-year-old University of Utah engineering student was arrested this week on suspicion that she made a terrorist threat after she posted a message online saying that she would detonate a nuclear reactor on campus if the university’s football team lost its game on Sept. 17, the university said.

Chief Jason Hinojosa of the University of Utah Police Department said at a news conference on Thursday that a university employee had notified the police about a message posted on Yik Yak, an anonymous messaging app, ahead of a game between the University of Utah and San Diego State. It read: “If we don’t win today, I’m detonating the nuclear reactor on campus.”

The university identified the person who had posted the message as Meredith LU Miller, a senior majoring in biomedical engineering, though it did not say how she was identified. After questioning on Wednesday, the university said, Ms. Miller admitted that she had posted the message, though she contended that her statement had been meant as a joke.

“Under state law,” the chief said at a news conference on Thursday, “it doesn’t matter.”

“Even if they’re completely incapable of carrying out the threat or the threat is made but an attempt is not, it’s still the same charge,” Chief Hinojosa said, adding that police had discussed whether to arrest Ms. Miller but had ultimately decided to move ahead. “The decision was made we would for any other, so she was booked,” he said.

Phone calls to Ms. Miller’s parents on Friday were not immediately returned.

Yik Yak was developed by two students at Furman University in South Carolina in 2013 and was immediately associated with bullying, discriminatory speech and threats of bomb and gun violence. The app shuttered in 2017 after a spate of complaints, only to make a comeback last year.

A spokeswoman for the university, Rebecca Walsh, said that the dean of students would conduct a separate administrative review of Ms. Miller’s actions. “The academic discipline process proceeds independently of the criminal process,” Ms. Walsh said.

The university is among 24 colleges and universities that operate research and test nuclear reactors on campus as part of their engineering programs. These reactors, also known as non-power reactors, are primarily used for research, training and development, according to the Nuclear Regulatory Commission, the agency that oversees nuclear capabilities in the United States. There are 31 research and test nuclear reactors in the country.

Chief Hinojosa said “it would be impossible to detonate the reactor on campus,” because of security, surveillance, and other safety protocols.

“The likelihood of this actually happening was about as close to zero as you could get,” he said. “However, there was still that threat, it was still discovered by another employee, so we did have to take action with that.”

The reactor, a 100-kilowatt General Atomics TRIGA Mark I design, “uses inherently safe, self-limiting, low-enriched uranium TRIGA fuel,” the university said in its statement. “It is immersed in a large water tank and is nearly impossible to damage.”

Glenn Sjoden, the director of the program, said in a statement that the reactor “provides a unique vehicle to performing state-of-the-art research in nuclear engineering and technology, and has been so for the past 50 years here in Salt Lake City” and that the reactor served as “an integral part” of the program.

As for the football game, Utah beat San Diego State, 35-7.