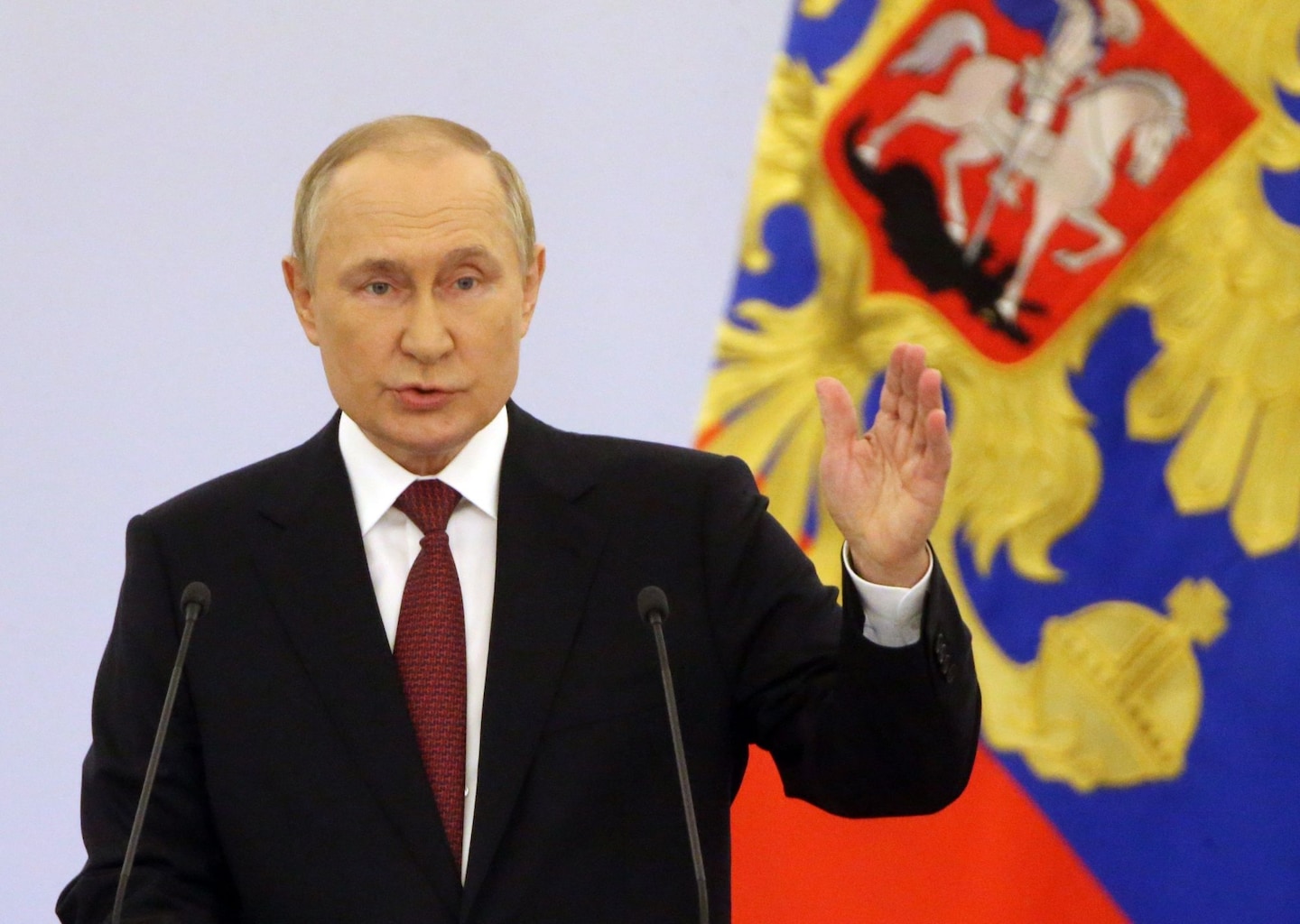 The US and Russia are waging the most intense contest in great-power coercion since the height of the Cold War. Russian President Vladimir Putin is using nuclear threats and other escalations in a bid to avoid humiliation in Ukraine. Washington is wielding its own array of pressures to force Putin to accept just that outcome.

The good news is that, so far, both strategies have been fairly carefully calibrated. The bad news is that America and Russia may still be on a collision course, because only one of these strategies can succeed.

Coercion is the art of shaping a rival’s behavior through intimidation or violence; it can occur in peacetime, war and everywhere in between. Today,

Washington and Moscow are not fighting each other directly in Ukraine. But from the start of that conflict, they have been coercing each other aggressively.

Putin’s version has been louder and more rhetorically menacing. Since February 2022, the Russian leader has talked ominously of nuclear warfare to dissuade the North Atlantic Treaty Organization from intervening directly on Ukraine’s behalf. Kremlin officials have warned that even supplying Kiev with certain weapons, such as long-range strike missiles that can reach deep into Russia, would cross Moscow’s red lines. Putin seeks to intimate the West so he can wage the war he wants — a one-on-one duel in which Ukraine will succumb to Russia’s superior strength.

It hasn’t worked, because of a quiet but ruthlessly effective US coercion campaign. America has forced Putin to remain remarkably passive as Ukraine and the Western coalition supporting it inflict previously unimaginable harm on his military and the state he controls.

Repeated pledges by President Joe Biden’s administration to defend “every inch” of NATO territory have made it too risky for Putin to interfere with Ukrainian supply lines running through Romania and Poland. American military power, both conventional and nuclear, has deterred Moscow from lashing out as the West delivers the arms, information and money Ukraine needs to wreck Russian ground forces; imposes financial sanctions that are setting Putin’s economy back by a generation; and adds two new NATO members on Russia’s doorstep, Finland and Sweden. That is a triumph of coercion worth appreciating, even if it has brought matters to a dangerous stage.

Putin is spiraling toward defeat in Ukraine; he may not survive that outcome politically. So he is mobilizing hundreds of thousands of troops while reminding his enemies just how much harm Russia can cause.

By illegally annexing four Ukrainian regions, Putin is warning Washington as well as Kyiv that attacks on those territories are tantamount to attacks on Russia itself. And if Russia was behind recent attacks on undersea gas pipelines to Germany, as European Union officials maintain, Putin may be sending a message that Moscow can take the fight to NATO countries in less conventional ways. Back off, Putin is saying, before things get really serious.

The Biden administration has chosen not to listen. It responded to the annexation gambit by announcing new deliveries of weapons to Ukraine, which every day is liberating more of the territory Putin now claims as his own. US officials are publicly warning Moscow that the use of nuclear weapons would prove ruinous for Russia; in private, they are reportedly making threats that are reportedly more specific but still leave something to the imagination. Every time Putin has tried to bully or blunter his way out of trouble, the US has simply coerced him right back.

There are still moves left in this game. Putin has other non-nuclear cards to play, such as attacks on undersea fiber optic cables that connect the US and Europe. He could issue a more specific nuclear ultimatum or start moving his arsenal around in ways American intelligence agencies would detect.

The US, for its part, has not yet provided Kiev with long-range missiles, attack aircraft, main battle tanks and other weapons. The present contest is profoundly dangerous, but has not yet gotten out of hand.

It is, though, reminiscent of the Cold War’s scariest moments. In the Berlin crises of the late 1950s and early 1960s, Soviet leader Nikita Khrushchev promised that the rockets would fly if the US and its allies didn’t abandon West Berlin. In 1962, President John F. Kennedy warned that America might invade Cuba — with all the escalation that could follow — if Khrushchev didn’t withdraw missiles he had placed there. Nuclear threats and counterthreats were the language of great-power politics, as is again the case today.

These crises were eventually resolved peacefully, because coercion was ultimately softened with compromise. In 1961, Khrushchev settled for turning East Berlin into a prison, through construction of the Berlin Wall, rather than running the Western powers out. The next year, Kennedy pledged not to invade Cuba if Khrushchev sent his rockets home. The current moment is frightening because it isn’t clear what the equivalent compromise would be.

Putin remains committed to dismembering Ukraine, which Kyiv and Washington will not accept. Ukraine and the US have Putin on the road to a disastrous defeat that is anathema to him. Both sides are betting that fundamental compromise of their war aims is not necessary, because they can apply enough pressure to get the enemy to back down at the crucial moment. Both sides can’t be right.

• How Does Putin Stay So Popular While Losing the War in Ukraine?: Tobin Harshaw

• Putin Is Pushing Serbia and Bosnia to Back His Ukraine War: James Stavridis

Hal Brands is a Bloomberg Opinion columnist. The Henry Kissinger Distinguished Professor at Johns Hopkins University’s School of Advanced International Studies, he is co-author, most recently, of “Danger Zone: The Coming Conflict with China” and a member of the State Department’s Foreign Affairs Policy Board.