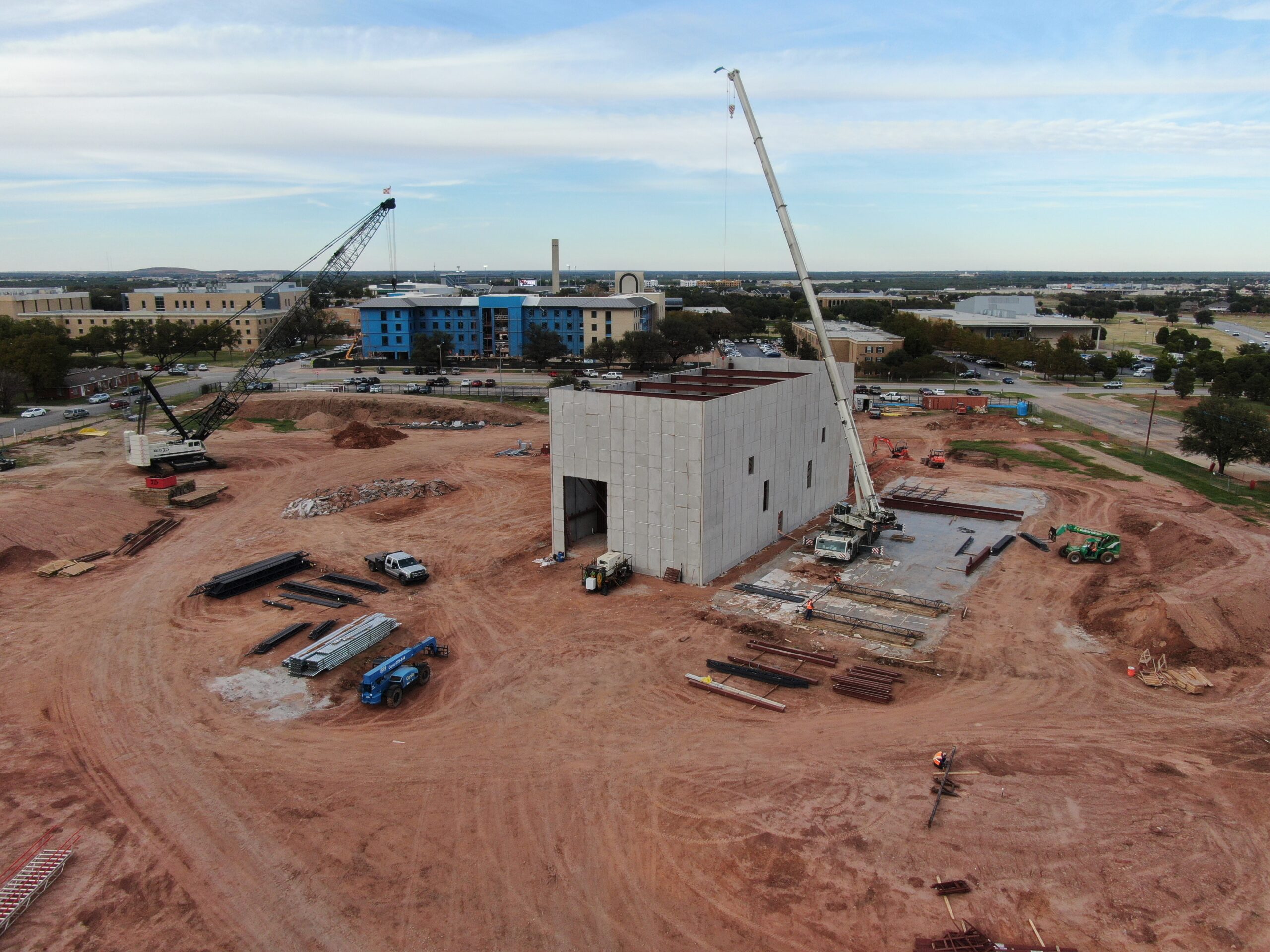 The US Nuclear Regulatory Commission (NRC) has docked Abilene Christian University’s (ACU’s) Nuclear Energy eXperimental Testing Lab construction permit application, placing it under formal regulatory review. The application is the first for a new research reactor in more than 30 years and the first-ever for an advanced university research reactor. “This is a significant achievement, and I am very proud of the NEXTRA team for producing a quality application, sufficient for NRC docketing,” said Dr Rusty Towell, director of NEXT Lab and professor in the Department of Engineering and Physics.

After receipt of the construction permit application in August, the NRC conducted a thorough acceptance review. The application is now formally docked, and the NRC will begin a detailed safety and environmental review. ACU’s Molten Salt Research Reactor (MSRR) is the only research reactor currently under review by the NRC, and it is the first and only liquid-fuelled reactor to be reviewed by the NRC. It’s also one of only two advanced nuclear reactor applications currently under review with the NRC.

ACU is the lead university in the NEXT Research Alliance (NEXTRA), which includes Georgia Institute of Technology, Texas A&M University and The University of Texas at Austin. NEXTRA has a $30.5 million research agreement with Natura Resources to design and build a university-based molten salt research reactor. The consortium was launched in 2019 with the goal to design, license and commission the first university-based molten salt research reactor, which ACU will host and own. Demonstrating the successful license of an advanced reactor with the NRC is one of the primary goals of this project. After spending more than two years in pre-licensing activities, the docketing of ACU’s MSRR application marks the beginning of the NRC’s formal technical review.

Construction of the Gayle and Max Dillard Science Engineering Research Center continues on track for completion in the summer of 2023. The 28,000-square-foot facility will house NEXT Lab and the MSRR, as well as provide dedicated spaces for research in chemistry, physics and engineering.

ACU’s NEXT lab application seeks a license to design, construct, operate, and decommission a fluoride-based, liquid-fuelled MSRR based on molten salt reactor technology developed at Oak Ridge National Laboratory during the 1950s and 1960s. In documents filed with NRC, the university describes the 1MWt MSRR as a “single-region, graphite-moderated core, loop-type, thermal spectrum reactor with a fluoride-based fuel salt flowing through 316H stainless steel fuel circuit components”. The cooling loop, which uses a flowing, fluoride-based salt, will be used to cool the fuel circuit and expel the heat to the atmosphere, it said. The MSRR is also “equipped with an off-gas system that can relocate fission from the reactor headspaces gases through stainless-steel circuit components for sequestration and decay,” it said.

The MSRR will be fueled with a uranium-bearing, fluoride-based salt “containing minimal oxidative impurities”, ACU said. “The baseline fuel composition is LiF-BeF2-UF4 in a molar ratio of approximately 67:28:5”. The enrichment of U-235 will be approximately 19.75%, while the enrichment of lithium in Li7 ​​will be about 99.99% or more.

MSRR salts are highly ionic, chemically stable compounds that are immune to radiolysis, the university noted. While that chemical inertness eliminates the risk of fire or explosion, molten salts offer a suitable medium for heat transfer. “The MSRR salts are stable to several hundred degrees above temperatures obtainable in the reactor and remain at low vapor pressure,” it said. “The melting point of the fuel salt is about 500C (932F), and the melting point of the coolant salt is about 460C (890F). The MSRR’s large negative temperature coefficient and reactivity that passively moderates heat production also allows for a “significant” load-following capability, ACU noted.

The university in July contracted Teledyne Brown, a nuclear component and system design and fabrication firm, to perform front-end engineering and design work for the facility. The contract is part of the $30.5 million sponsored research agreement (SRA) with Natura Resources, a for-profit entity designed to be the funding instrument for the research, in collaboration with the NEXT Research Alliance. ACU said the NEXT lab formally took shape in 2016 after garnering interest from a group of university benefactors and entrepreneurs. In 2018, the Department of Energy (DOE), then headed by former Texas governor Rick Perry, expressed interest in the project. In 2019 became part of the DOE’s Office of Nuclear Energy’s (NE’s) Research Reactor Infrastructure programme, which allows the DOE to provide fuel cycle services for the MSRR without cost, as the DOE does for other university research reactors.

Image: Construction has already commenced on the facility that will house the new reactor (courtesy of ACU)