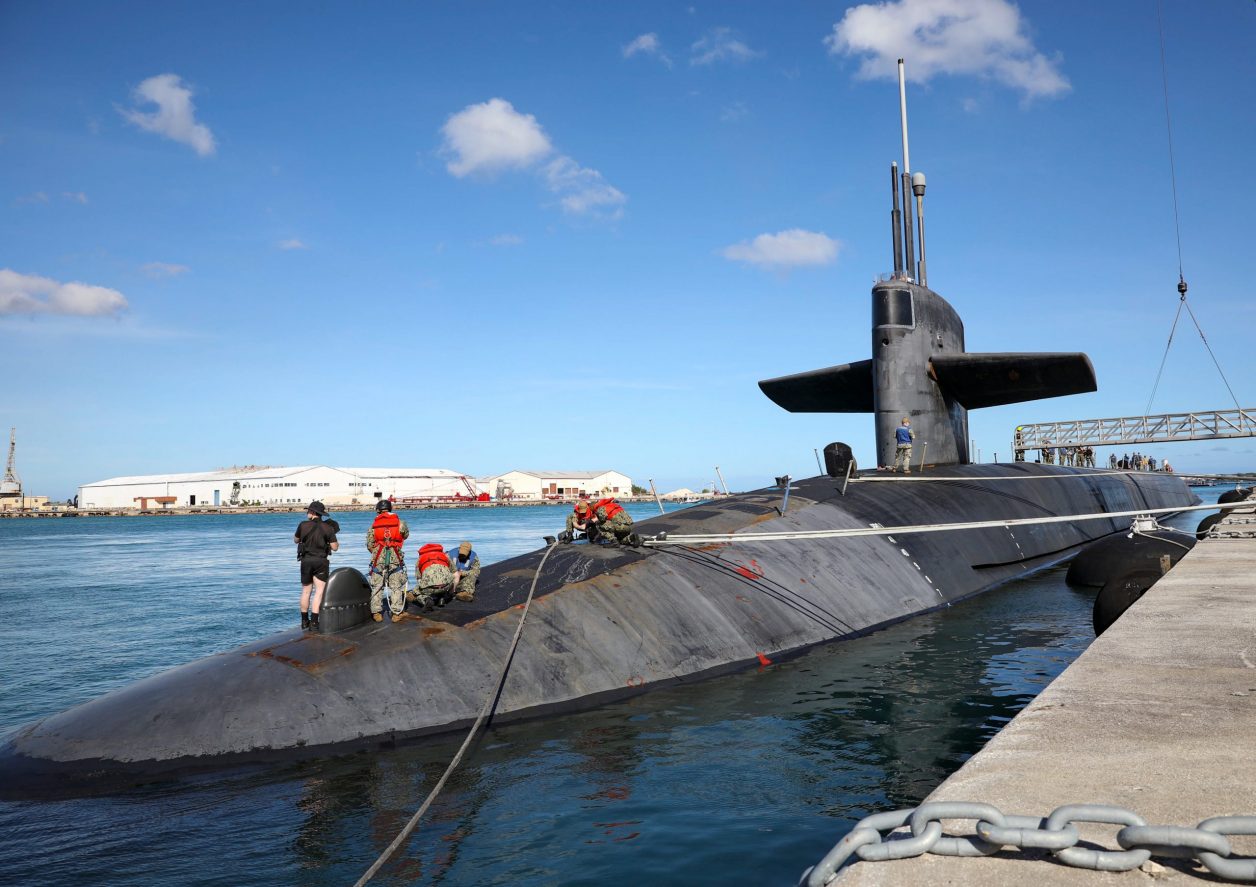 Following a startling intervention by two US senators warning Joe Biden that the AUKUS treaty may imperil America’s submarine fleet, Australian Defense Minister Richard Marles has reiterated that the country’s plans to buy nuclear-powered submarines are still on track.

Thanks To TikTok, Ukraine Is Raining Missile On Russian Troops With Pinpoint Accuracy & To A Devastating Effect

The letter to the US president is the first time that members of Congress from both parties have expressed significant concerns about AUKUS.

Since its announcement in September 2021, the agreement between Australia, the US, and the UK has received resounding support from both sides of the political aisle in Washington.

The agreement’s standout provision involves the US and UK providing highly classified nuclear submarine technology to Australia so that the country could develop and operate nuclear-powered subs or possibly buy American Virginia-class submarines.

However, Democratic Senator Jack Reed and Republican Senator James Inhofe warned US President Biden in a letter dated December 21 that the AUKUS agreement ran the risk of pushing America’s industrial foundation to the brink of collapse. The US-based website Breaking Defense first made the letter public on January 5.

Reed and Inhofe have advised against any plans to sell or transfer Virginia-class submarines to Australia before the US Navy satisfies its present requirements.

Reed is the chairman of the Senate Armed Services Committee, which monitors the United States military and the Department of Defense. On the other hand, Inhofe, whose tenure in the Senate recently ended, what the committee’s top Republican when the letter was sent.

According to Reed and Inhofe’s letter to the White House, “Over the past year, we have grown more concerned about the state of the US submarine industrial base as well as its ability to support the desired AUKUS SSN [nuclear submarine] end state.”

Both senators feel that current situations necessitate a serious examination of the facts to prevent stressing the US submarine industrial base to the “breaking point.”

Both senators emphasize that what was previously hailed as a “do no harm” chance to strengthen Australia and the United Kingdom and provide long-term strategic benefits for the US and its Pacific allies may now be reverting into a zero-sum game for scarce, highly advanced US SSNs.

In response to the letter, a spokesperson for Marles stated that the best course of action for Australia to buy nuclear-powered submarines is taking form and that an announcement is planned for the first quarter of this year.

The spokesperson added that the development of AUKUS will fundamentally alter Australia’s strategic stance. The work done over the last 16 months demonstrates a shared mission between Australia, the United Kingdom, and the United States.

The government has stated that it will disclose the type of submarine it will procure by March after obtaining a recommendation from Jonathan Mead, the head of the Nuclear Powered Submarine Taskforce.

The best method for bridging the impending capability gap between the retirement of the current Collins Class fleet and the arrival of locally produced nuclear-powered submarines in the early 2040s, according to opposition leader Peter Dutton, is to purchase a small number of Virginia-class submarines from the US.

US officials have already noted that American shipyards are struggling to meet the demands of the US Navy and that upcoming orders for Australian submarines will put them under a lot of strain. USS Navy’s Virginia-class submarine, a version of which has been envisaged for Australia under the AUKUS pact

The Virginia-class deliveries have lagged despite constant financing from lawmakers over the past five years, including approximately $1 billion to support the supplier base, workforce development programs, and cash supplied in response to annual budget requests.

The US Navy has long stated that it needs 66 fast attack submarines in various force structure studies. The senators noted that the Navy presently only has 50 boats in its fleet, and by 2027, they expect that number to drop to 48 When older submarines retire faster than new ones are delivered.

Rear Adm. Scott Pappano, a senior US Navy officer in charge of submarine construction, has voiced similar concerns. He asserted that, in his view, the United States would suffer if it added more submarine construction to its industrial base because it lacked the necessary funding and capabilities.

William Stoltz, policy director at the Australian National University’s National Security College, said, “These are legitimate concerns. One wonders how thoroughly Australian representatives have been engaging directly with US senators and reps to understand and address these questions, including in their states and districts.”

That being said, the concerns expressed by the senators come after several similar concerns were voiced by many officials and experts, questioning the future of Australia’s future submarine capabilities.