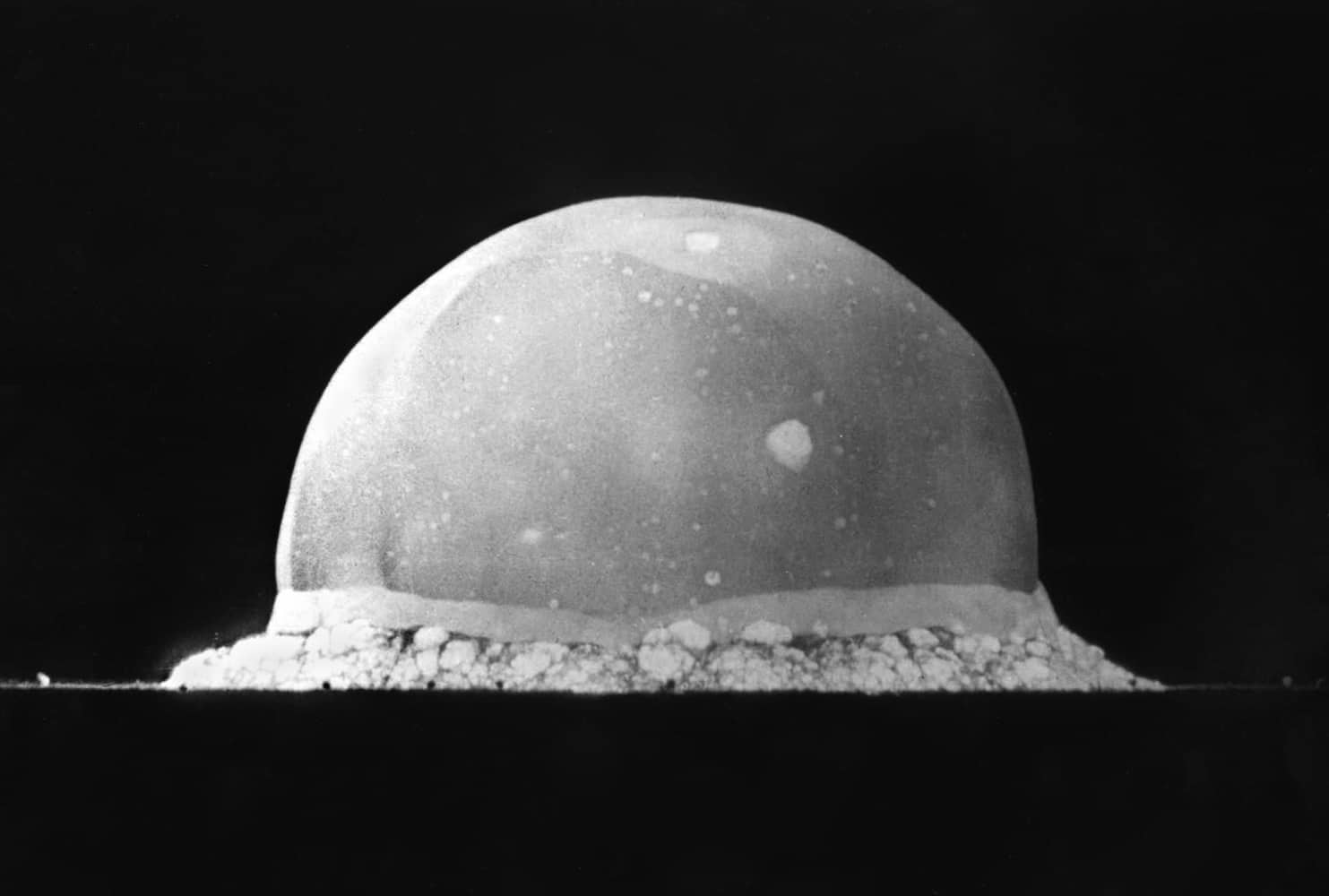 On July 16, 1945, the world saw its first-ever recorded nuclear explosion at a test site at a barren stretch of the Alamogordo Bombing Range near Los Alamos, New Mexico.

The nuclear test, code-named “Trinity” saw nuclear researchers detonate a plutonium implosion device, triggering an 18.6 kiloton explosion that turned the surrounding sand and asphalt into green glass, according to a US Department of Energy history of the test. With the success of the test, the US had proven the viability of a powerful new weapon in the final days of World War II and ushered in the start of the atomic age.

The US effort to develop a nuclear weapon, known as the “Manhattan Project,” was the culmination of several years of research, prompted by the onset of World War II and concerns Nazi Germany would develop such a weapon of its own.

According to the Atomic Heritage Foundation, the US kicked off the Manhattan Project after German scientists Otto Hahn and Fritz Strassmann discovered nuclear fission in 1938. Fearing Nazi Germany might develop an atomic bomb, scientists Albert Einstein wrote a letter in August of 1939 to then- President Franklin D. Roosevelt, raising the prospect of nuclear energy and nuclear weapons.

“In the course of the last four months it has been made probable—through the work of Joliot in France as well as Fermi and Szilard in America—that it may become possible to set up a nuclear chain reaction in a large mass of uranium by which vast amounts of power and large quantities of new radium-like elements would be generated. Now it appears almost certain that this could be achieved in the immediate future,” Einstein wrote.”This phenomenon would also lead to the construction of bombs, and it is conceivable—though much less certain—that extremely powerful bombs of a new type may thus be constructed.”

Einstein, the famous physicist, noted the US had only limited access to the nuclear ore needed to create such nuclear weapons, but that such ore did exist in Canada, the Belgian Congo, and the former Czechoslovakia, which had recently been annexed by Nazi Germany . He further warned Germany had already seized control of Czechoslovakian ore mines and was beginning its nuclear research.

The Manhattan Project was officially formed in August 1942, under the direction of General Leslie R. Groves. In December of that year, the project received $500 million in funding.

Nazi Germany had surrendered to the US and allied forces by May of 1945, months before the Trinity nuclear test. Though concerns of a German atomic weapon were cut short by July of 1945, World War II continued in the Pacific Theater against Japan.

On August 6, 1945, just three weeks after the success of the Trinity test, a US B-29 Superfortress bomber named Enola Gay deployed the first atomic bomb on the Japanese city of Hiroshima. Three days later on August 9, 1945, the US dropped another atomic bomb over the Japanese city of Nagasaki. On August 15, 1945, one month after the Trinity test, Japan announced its intent to surrender and bring World War II to a close.

Today the Trinity test site is now a part of the White Sands Missile Range, operated by the US Department of Defense. 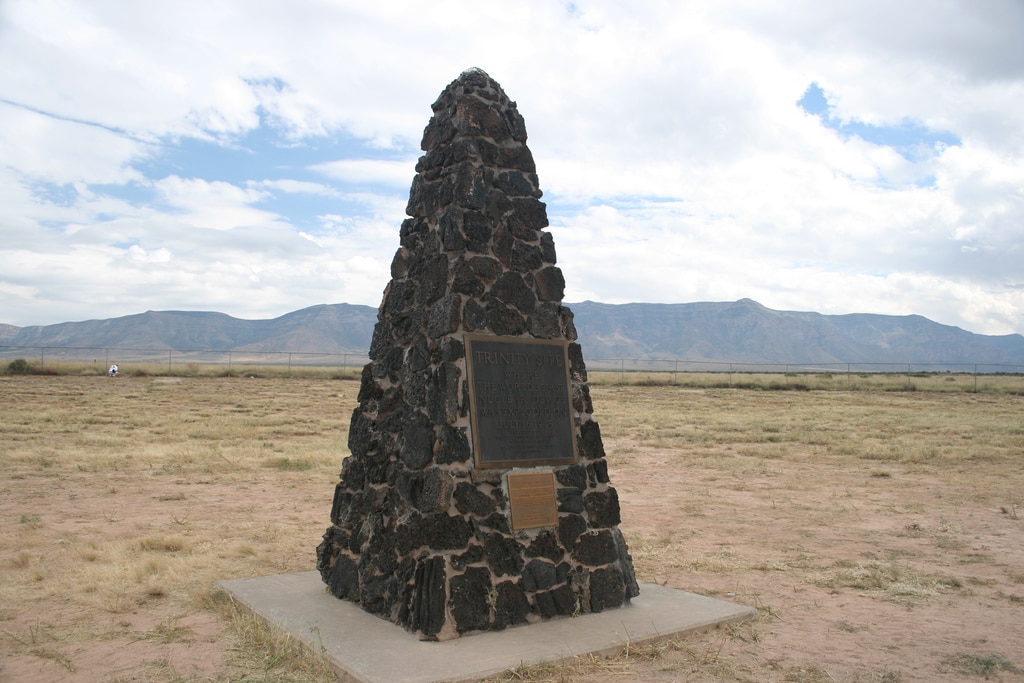 A lava-rock obelisk lies at ground zero at the Trinity Site. The Trinity Site is where the first nuclear device was tested July 16, 1945. (US Air Force photo/Released)

Today, the ground zero spot of the nuclear detonation at the Trinity test is marked by a lava-rock obelisk.