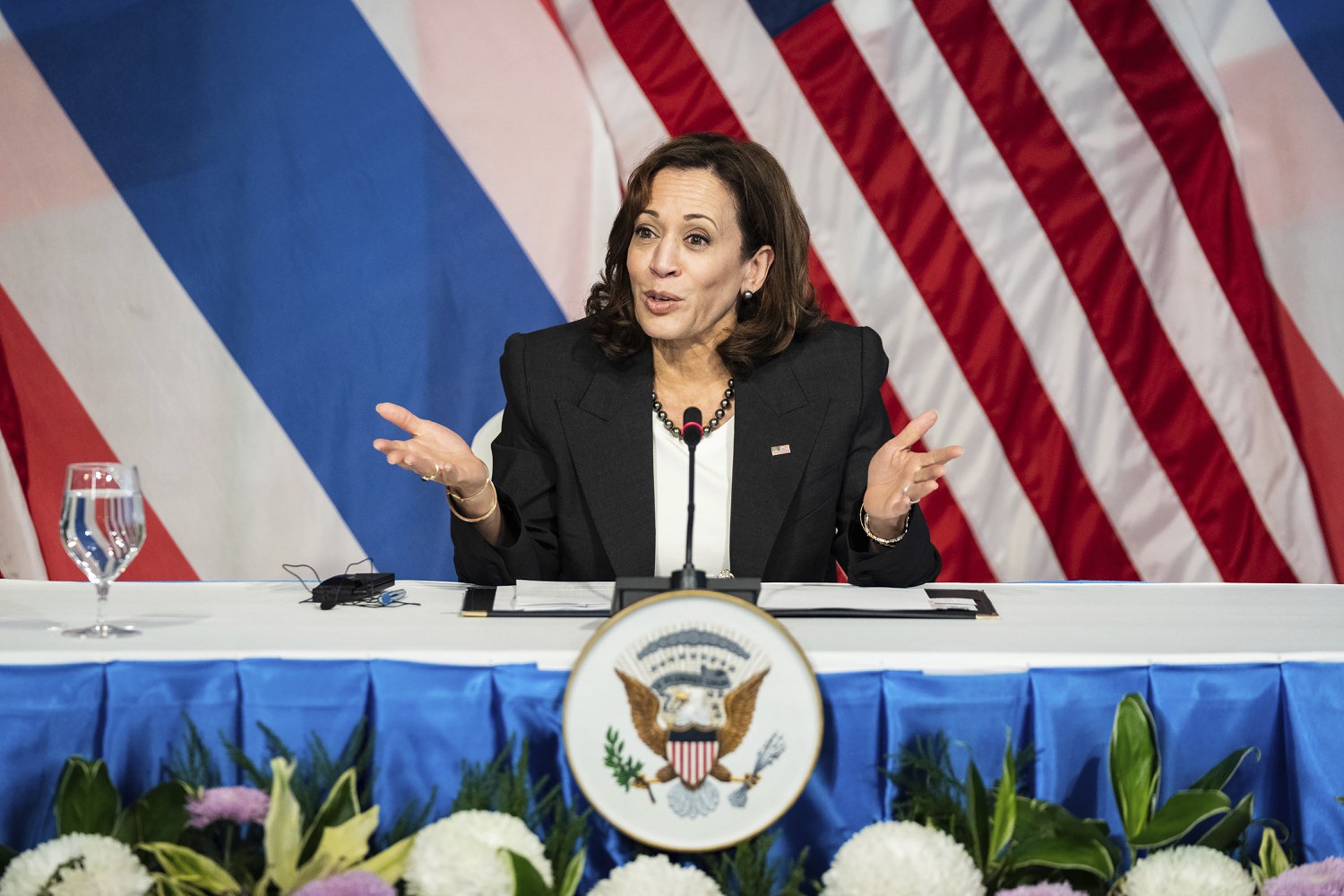 US to supply Thailand, Philippines with modular nuclear reactors — BenarNews

The United States says it will help Thailand and the Philippines with a new civilian nuclear technology to reduce climate-damaging emissions, but experts warn the final products are years away from being operational and other hurdles exist.

Plans by the US to supply its longtime Southeast Asian allies with so-called small modular reactors (SMRs) were unveiled during Vice President Kamala Harris’ trip to both countries in recent days.

From there, the vice president went to the Philippines where she announced that Washington and Manila were starting negotiations on the 123 Agreement, which would allow for civilian nuclear cooperation.

The US nuclear technology plans for Thailand and the Philippines are firsts for Southeast Asia.

The SMRs, which can be as small as a bucket and transportable, are to be constructed under “the highest standards of safety, security and nonproliferation,” officials said.

Another country in Southeast Asia that has shown interest in developing such reactors – Indonesia – appears to be looking at designs from several countries.

In a press release, the White House said the new partnership with Thailand would “build capacity for the secure and safe deployment of advanced nuclear reactor technologies.”

“This partnership will help Thailand take advantage of the unique benefits of SMRs that provide 24/7 reliable power, complement other clean energy sources, use a small land footprint and incorporate advanced safety features.”

The Thai government has set a goal of Net Zero Emissions by 2065, but no timeline for the SMR partnership. Washington praised the “unique benefits” of reactors which, besides providing reliable power, also fight climate change.

Small modular reactors generally are defined as advanced nuclear reactors with a capacity of less than 300 MW, according to the International Energy Agency.

A reactor could be as small as a five-gallon (18.9-liter) bucket. The traditional design has fuel and control rods, and energy is transported through boiling water, according to NuScale, a US SMR manufacturer, which estimated initial costs at about US $500 million.

The agreement with Manila calls for the US and the Philippines to cooperate on advanced nuclear technologies to ensure energy security as that Southeast Asian country transitions to clean energy.

Once in force, the 123 agreement “will provide the legal basis for US exports of nuclear equipment and material to the Philippines. The United States is committed to working with the Philippines to increase energy security and deploying advanced nuclear reactor technology as quickly as safety and security conditions permit to meet the Philippines’ dire baseload power needs,” the White House said in a statement.

Under President Ferdinand Marcos Jr.’s father, the late dictator Ferdinand E. Marcos, the Philippines began construction of the Bataan Nuclear Power Plant in 1976, in an area about 100 km (62 miles) west of Manila. The plant, constructed above a major fault line, was mothballed amid safety concerns after the 1986 Chernobyl disaster.

Today, the Philippines runs a couple of research reactors for training and education purposes while Thailand has no nuclear power.

In Thailand, the government’s energy choices are SMRs, wind, solar and high-efficiency combined cycle power plants using both gas and steam turbines, according to a research paper by Tanagorn Kwamman of the Thailand Institute of Nuclear Technology.

The reactors, which boast zero greenhouse gas emissions, can be factory-made, transportable and relocatable, making them suitable for remote areas or industrial parks.

Tanagorn said Thais were concerned about safety in light of the 2011 Fukushima nuclear disaster caused by a tsunami in Japan. Other obstacles are the limited number of investors and the lack of domestic laws and regulation of nuclear activities.

John Timmer, science editor of Ars Technica, a web portal focusing on science and technology, said that with nuclear reactors, the principle is always “safety first.”

“The approval process for that reason tends to be long and includes a lot of documentation,” he said.

“The SMRs are designed to be much safer, but they haven’t been built (in the US) in a final form yet, so it’s difficult to say whether the real-world experience will show that to be the case and also how useful they’ll be for addressing climate change,” Timmer told BenarNews.

“I’ve been hearing about SMRs for about a decade,” he said, adding that “until we build and get a sense what operating them is like and what costs are like, I’m going to be a bit skeptical.”

The International Energy Agency said most SMR projects are in the “conceptual design” stage, noting China and Russia are among countries that operate SMR prototypes.

Cost is another obstacle.

“We’ve never built one of these, so this is going to be a learning experience and for the first few years. It’s going to be more expensive and more complicated to complete,” Timmer said.

Economist John Quiggin, a professor at the University of Queensland in Australia, listed economic viability of nuclear power plants compared to coal, gas or solar and wind facilities as one of the “widespread misconceptions.”

“When pressed, nuclear fans will mostly shift the argument to the ill-defined notion of ‘small modular reactors,’ which don’t actually exist, and may never [exist],” Quiggin said, noting there are operating examples of small reactors, but “those are made on a one-off basis and are expensive because they forgo size economies.”

Once the reactors can be factory-produced “the ‘modular’ idea is to counter this loss with the economic gains of high-volume,” he said.

“There has been a lot of talk lately about a revival of nuclear power, partly in response to the need to replace the energy previously supplied by Russia, and partly as a longer-term response to climate change,” Quiggin said.

While in office US President George W. Bush launched a nuclear power program, which led to talks of a “nuclear renaissance” but yielded only two projects despite no effective opposition “except from consumers objecting to the massive costs.”

Quiggin expects that the number of SMRs constructed will be also “tiny.”

“The work of decarbonizing energy supply will be done almost entirely by the sun and the wind,” he said.

Jason Gutierrez in Manila contributed to this report.