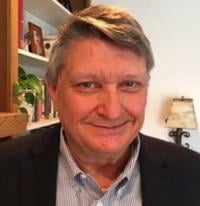 Sixty years ago this week, the United States and the rest of the world trembled as the threat of nuclear war with the Soviet Union loomed during the Cuban Missile Crisis in October 1962.

It is no exaggeration that Llewellyn Thompson, Jr., the son of a southeastern Colorado sheep rancher who served as the American ambassador to the Soviet Union under three presidents, helped give President John F. Kennedy the critical insights into the Soviet leadership he needed to avoid a nuclear confrontation.

An American U-2 spy plane confirmed that construction of ballistic missile launch facilities was underway in Cuba setting off the dangerous confrontation between Kennedy and Khruschev.

Thompson was born in Las Animas, Colorado in 1904 where his father raised sheep on ranches in Colorado and New Mexico. After graduating from Bent County High School, he went to the University of Colorado at Boulder.

A chance conversation with a member of the US Foreign Service resulted in Thompson taking the terribly difficult Foreign Service exam in 1928. Thompson was one of 34 out of 185 applicants who were admitted.

After assignments in Ceylon — now known as Sri Lanka — and Geneva, Switzerland, Thompson moved to the Office of European Affairs at the State Department in Washington, DC in 1938. Recognizing his diplomatic and political skills, he was moved to the American embassy in Moscow in 1941, when it was uncertain if Joseph Stalin would join with Germany and Japan in World War II.

But Germany attacked the Soviet Union in June 1941 and began a siege on Moscow that resulted in the Soviet government largely relocating further inland although Stalin remained. The American embassy was evacuated except for Thompson and one other staff member who volunteered to remain in Moscow at great personal risk as the German army approached.

The siege lasted six months before the Nazis were turned back just six miles from Moscow. During this time, Thompson was the highest ranking American official in Moscow where he became very familiar with Soviet officials. They never forgot that he did not abandon them, especially future Soviet Premier Nikita Khruschev.

President Dwight Eisenhower appointed Thompson as the American ambassador to the Soviet Union in 1957 at the height of the Cold War.

During his annual New Year’s Eve party on Dec. 31, 1959, attended by Thompson and his wife, Jane, a drunken Khruschev threatened a nuclear attack against West Germany, France and England if Allied forces were not removed from Berlin. Though terribly ominous, Thompson knew Khruschev well enough to understand that the threat was inebriated bluster and dismissed it as not being serious in his report to the State Department and President Eisenhower.

President Kennedy retained Thompson as the ambassador until August 1962 when he returned to the United States as an ambassador-at-large. His many years of dealing with Soviet leaders going back to the dark days of the Nazi siege of Moscow prepared him for the crisis that nearly brought the two super powers to nuclear war.

At the height of the crisis, Khruschev sent two conflicting cables to Kennedy. One was a handwritten letter that was conciliatory and offered to remove the missiles if the US promised not to invade Cuba. The second cable was more confrontational promising a massive military response if Cuba was invaded.

President Kennedy was inclined to respond to the second cable, but Thompson urged him to ignore the confrontational version and respond only to the first. This precious decision set the stage for the crisis to end peacefully.

Thompson died in 1972 after serving one more time as ambassador to Moscow under President Lyndon Johnson from 1967 to 1969. After a funeral service at the National Cathedral in Washington, DC, he was buried in his childhood hometown of Las Animas.

As his two daughters, Jenny and Sherry Thompson, say in their painstakingly researched book, “The Kremlinologist: Llewellyn Thompson, America’s Man in Cold War Moscow,” his life journey went from “the dust of the old Santa Fe Trail to the inner circles of the White House and the cobblestones of Red Square.”

And along the way, he helped save the world from nuclear war.

Dick Wadhams is a former Colorado Republican state chairman and a native of Las Animas.