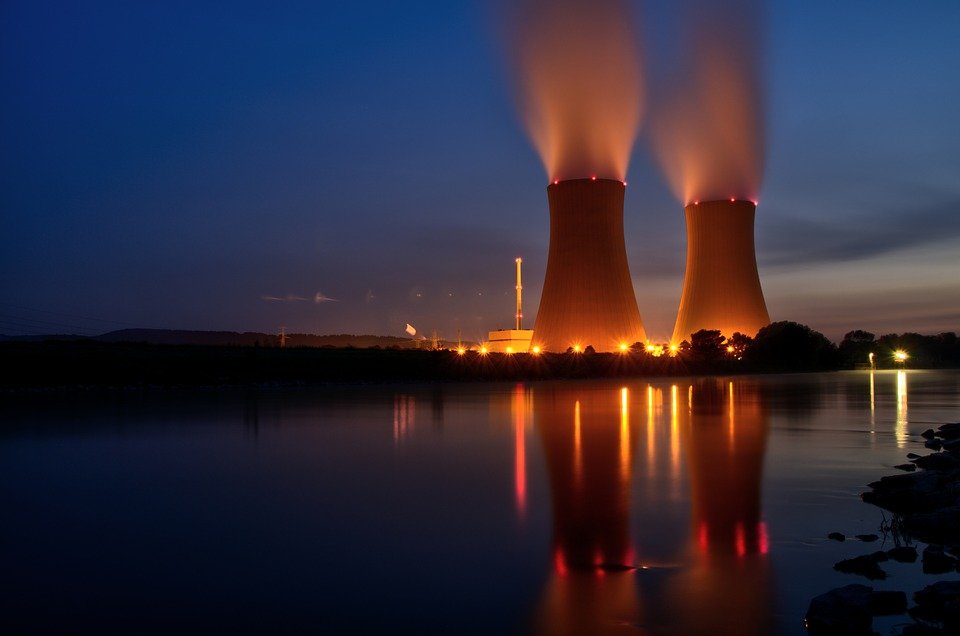 War In Ukraine Has ‘Dramatically Revived’ Global Nuclear Industry, But The Same War Can Kill It Too

One of the most discernible geo-economic impacts of the Russian invasion of Ukraine seems to be the revival of the global nuclear industry. The events of Three Mile Island in Pennsylvania in 1979; Chernobyl in 1986; and Fukushima in Japan in 2011 led to a movement in most parts of the world that forced the governments to abandon the development of nuclear projects.

Sukhoi-34 Fighter ‘Shot Down’ With A Rifle By A Ukrainian Man; Valorous Valeriy Facilitated By Kiev

Only Russia and China were exceptions to this trend. But the sharp rise in the oil prices (fossil fuels) following the war in Ukraine, along with the simultaneous campaigns for carbon-free energy to arrest global warming, demands for nuclear energy seem to be finding more and more supporters.

Apart from Japan, if there was one country that accelerated the process of closing down or decommissioning its nuclear plants after the Fukushima tragedy, it was Germany.

In fact, the “Green factor” in German politics was pretty strong even before 2011. At one point in time, Germany had as many as 32 nuclear plants, but following the Chernobyl mishap, aversion towards nuclear power gained a big momentum in German politics .

However, in the aftermath of the Fukushima mishap, Germany’s “nuclear – exit” was so accelerated that as many as 7(seven) nuclear plants were closed down at one go in 2011 itself.

However, that is not going to happen, it seems. Germany is now undergoing a strong domestic debate about the necessity of keeping these three nuclear plants, which provide about 6 percent of the country’s electricity (in 2021, they, along with three more plants that were closed down, provided 11.8 electricity), beyond 2022 .

Of course, a final decision has to be formally adopted by the cabinet of Chancellor Olaf Scholz and would possibly require a vote in Parliament, but there is no doubt that the government is under huge public pressure for a “nuclear – pause.”

According to a recent survey, three-quarters of all Germans want to continue the operations of Germany’s remaining nuclear power plants, throwing into question the country’s much-touted plan to phase out nuclear energy.

According to the survey carried out by the online polling firm Civey, only 22 percent of those surveyed are in favor of shutting down the three nuclear plants – Isar 2, Neckarwestheim 2, and Emsland – as planned at the end of the year.

And what is more, on the question of whether Germany should build new nuclear power plants because of the energy crisis, 41 percent of respondents answered “yes,” meaning thereby that they favor an approach that isn’t even up for debate in Germany.

Other European countries seem to be realizing the importance of nuclear power too. Belgium’s Green Party did an about-face to extend the life of the country’s remaining two reactors by a decade.

Poland is building its first plan, while the Czech Republic plans several reactors. The Dutch government is moving toward the construction of two new plants in response to war-induced energy shortages.

So much so that disregarding the concerns of the environmentalists, the European Union (EU) decided last month that nuclear energy could be promoted if there were enough safeguards. Under the commission’s plan, new nuclear plants that show they can safely handle toxic nuclear waste could be counted as green investments until 2045.

It may be noted that France is the only country that remained aloof from the anti-nuclear movement on the continent to a considerable extent. France derives about 70% of its electricity from nuclear energy, though it once flirted with shutting down 14 of its 58 reactors.

Government policy, set under a former administration in 2014, aimed at reducing nuclear energy’s share of electricity generation to 50% by 2025, seems to be sidelined at the moment. In February 2022, France announced plans to build six new reactors and to consider building a further eight.

France is even building a nuclear plant for the United Kingdom. Last month, London gave consent for the planned Sizewell C nuclear plant to be built in southeast England.

The plant, which would be capable of producing 3.2 gigawatts of electricity or enough to power around 6 million homes, is majority-owned by French utility EDF (EDF.PA) and is to be built in Sizewell a small fishing village in Suffolk.

Britain hopes the new nuclear plant will help to bolster its pledge to be more energy independent in the long term as countries across the world race to reduce dependence on external sources for energy after the Russia-Ukraine conflict sent gas prices soaring.

The US, too, seems to be changing course. In April, President Biden announced $6 billion in aid to struggling plants such as Diablo Canyon. Private investors and government agencies in America are said to be pouring billions into next-generation nuclear designs called small modular reactors. West Virginia recently repeated its decades-long ban on nuclear power for that purpose.

Bill Gates’ company TerraPower is building its first plant there, while NuScale, the company that created the first commercial small modular reactor design to be officially approved in the US, is building several next-generation reactors at the Idaho National Laboratory. Two reactors at Plant Vogtle in Georgia are slated to open in 2023 after a six-year delay.

In Asia, newly elected leaders of the Philippines, Japan, and South Korea, empowered by shifting public opinion because of high energy prices and the need to cut emissions, are also pushing ahead with plans to restart reactors and build new nuclear plants to ease power shortages.

The most notable case is Japan, which has begun restarting nuclear plants that have been idle since the 2011 disaster. Prime Minister Fumio Kishida has even pledged to get at least 9 (nine) reactors up and running by the northern winter to meet the country’s growing energy needs.

The story is similar in South Korea, which has announced its ambition to boost nuclear generation by 30% over 8 (eight) years.

Newly elected President Yoon Seok-yeol has resumed construction on two reactors and extended the lifespan of those already in operation, reversing his predecessor Moon Jae-in’s pledge to phase out nuclear power. In fact, on August 10, South Korea’s Ministry of Trade, Industry, and Energy (MOTIE) signed a Memorandum of Understanding (MoU) with Korea Hydro & Nuclear Power (KHNP), Doosan Enerbility, and nuclear energy equipment and materials manufacturers with the aim of revitalizing the country’s nuclear industry.

China is the biggest driver of Asia’s nuclear energy. Beijing plans to boost China’s nuclear output by 40 percent to 70 gigawatts by 2025 and have more nuclear plants than the rest of the world combined by the middle of the century.

Between 2011 and 2021, the country increased its nuclear power output by about 400 percent, constructing 39 of the 68 new nuclear power units added around the world, according to the World Nuclear Association.

If any country other than China has never given up its love for nuclear energy, then it is Russia. And that despite its enormous reserve of fossil fuel and natural gas. Incidentally, of the 31 reactors that began construction at the beginning of 2017 in the world, all but 4 are of Russian or Chinese design. Be that as it may, nuclear generation bounced back from the Covid pandemic-related decline seen in 2020, increasing by 100 TWh to reach 2653 TWh in 2021, according to World Nuclear Association’s latest performance report.

The report provides an up-to-date picture of the nuclear power sector, building on data collected by the International Atomic Energy Agency for reactors in operation today and those that are currently under construction.

Two factors obviously have helped the resurgence of nuclear power. One is the fragility of the fossil fuel supply chain, resulting in sky-rocketed fossil gas prices. Second is the realization that short-term actions in response to crisis conditions – such as re-starting coal plants – are not only unsustainable but also problematic in the drive to net-zero emissions.

No wonder why US Secretary of Energy Jennifer M. Granholm is very optimistic about the future of the nuclear industry.

Demand for advanced nuclear reactors will be worth about $1 trillion globally, Granholm said the other day. That includes the jobs to build those reactors and all the associated supply chains that will need to ramp up to support the industry. “The bottom line is that spreading advanced nuclear energy is a priority for us,” Granholm said.

Incidentally, “Nuclear Power and Secure Energy Transitions: From Today’s Challenges to Tomorrow’s Clean Energy Systems’, a new report by the International Energy Agency, talks of two major challenges if the global nuclear industry really wants to rise to the occasion.

First, the industry has to deliver projects on time and on budget to fulfill its role. “This means completing nuclear projects in advanced economies at around USD 5 000/kW by 2030, compared with the reported capital costs of around USD 9 000/kW (excluding financing costs) for first-of-a-kind projects”, it says , emphasizing the need to explore “methods to reduce costs including finalizing designs before starting construction, sticking with the same design for subsequent units, and building multiple units at the same site.” Nuclear power will require greater declines in construction costs, it stresses.

Secondly, Net Zero Emissions (NZE) should be the nuclear industry’s principal motto. For this, using electricity from nuclear energy to produce hydrogen and heat presents new opportunities. “The rapid expansion of low emissions hydrogen is a key pillar of the NZE, with related investment rising from near zero today to USD 80 billion per year to 2040”.

Otherwise, under the NZE’s cost projections, hydrogen production via natural gas with CCUS or via electrolysis using renewables are the cheapest options, it warns.

However, in the ultimate analysis, everything depends on the safety of and security at the nuclear plants, those in operation, and those likely to be built.

A nuclear accident anywhere has the potential to upset the momentum that the nuclear industry has had for decades.

And here, the war in Ukraine, which provided that momentum, may take that away too if the fears over shelling last week around the massive Zaporizhzhia nuclear power plant, Europe’s largest, which has been under Russian control since March, prove to be true. And that will be a big irony.