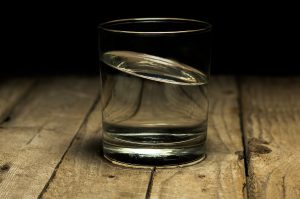 Water Fluoridation in Corvallis: This Will Change Your Life

Over seven states do not require fluoridation of their drinking water supplies, including Oregon. Unfortunately, Corvallis has a dirty little secret … more like a nefarious little fact. It has been polluting our drinking supplies with fluoride since the 1950s! * Gasp *

This means we are all at risk every time we drink a glass of the cool, clear material from the tap.

Fluoride comes from fluorine, which occurs naturally in rocks, but don’t let the “natural” part trick you into accepting it. Fluorine is an ionic compound and according to LiveScience the most reactive element2.

In addition, fluorine gas is corrosive and has a negative effect on organic and inorganic materials. Imagine what the same fluorine can do in the human body.

Fluorine wasn’t produced until World War II when it was used in the atomic bomb project, and now we’re putting it in children’s drinking water. In fact, science shows3 that too much fluoride in water does the opposite of what it was designed for, promoting tooth decay instead of strengthening tooth enamel.

Jesse Ventura, former governor of Minnesota5, a place with lots of water, made it clear that fluoride in the water was even worse than most people expected. He mentions the well-known fact that the Nazis used fluoride in concentration camp drinking water to pacify the Jews6 and warns Americans that this is now also happening.

Fluoride will confuse the brain and harm the innocent children. In the words of the wise Jesse Ventura, 7 we all basically drink “Prozac water”.

In the end, we as citizens have a clear choice. Trust the nefarious U.S. Centers for Disease Control and Prevention and their educated counterparts, who are touting fluoridation as one of the greatest public health achievements of the century, or trust people like Ventura who may not have degrees and may not remember their sources and may not understand much of what they are saying, but they stick with it through thick and thin.

1 Eight states do not require it.

2 Fluorine gas is highly reactive and dangerous. The extremely dilute liquid fluoride in our water supply is not. When comparing the two in terms of their individual danger, it is said that both must exist because fire emanates from both dragons and lighters.

3 2 parts per million is the limit when fluoride becomes dangerous. Corvallis only receives 0.7ppm in our drinking supply, well below the dangerous range.

5 His credentials include being a professional wrestler, talk show host, and publicist.

6 Oh wait. No, the Nazis actually didn’t do that. Shoot. This has been completely unmasked by several sources since 2011 …

7 Doesn’t his name remind you of Ace Ventura, pet detective?

Nuclear power has become irrelevant — like it or not