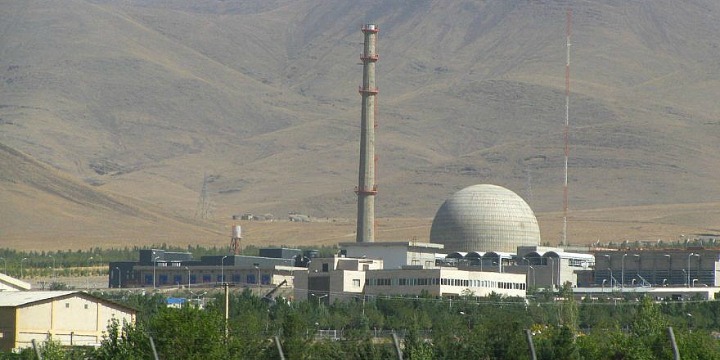 Where is the Iranian nuclear program going?

Since the beginning of the Iranian military nuclear program, it has been directed primarily against Israel, which according to the revolutionary regime in Tehran has been completely destroyed as an archenemy. Regardless of its real intentions, Iran has consistently designed its nuclear program over the years as “for peaceful use”. Even when Iran’s two major projects for the production of fissile material for nuclear weapons were uncovered in the second half of 2002 – the facility for uranium enrichment with centrifuges in Natanz and the plans to build a plutogen reactor as a heavy water production facility – the regime maintained that both facilities for energy production as alternatives were intended to exploit its oil reserves.

In 2003, Iran was forced for the first time to present its developed nuclear projects to the International Atomic Energy Agency (IAEA) and to give IAEA inspectors access to all of its facilities where nuclear activities were carried out. It also agreed to “voluntarily deactivate” uranium enrichment in Natanz. At the same time, however, Iran secretly promoted the “Amad Plan” – a top-secret nuclear weapon development project headed by Mohsen Fakhrizadeh.

In early 2006, despite serious findings by IAEA inspectors in Iran, which were reflected in the agency’s quarterly reports, the regime decided to renew uranium enrichment in Natanz – albeit at a rate of less than 5%, which is only enough to generate nuclear fuel Power reactors. Tensions between Iran and the IAEA increased in the second half of the decade, especially after it became known that the Fordow regime had built an underground uranium enrichment facility originally intended to enrich uranium for nuclear weapons. Iran recognized the existence of the facility in 2009. At the end of 2011, he began enriching uranium at a rate of 20% on the pretext that uranium with this degree of enrichment would be needed for the production of nuclear fuel for the Tehran research reactor.

Extensive intelligence activities have been carried out by Israel in collaboration with the West (particularly the US) to expose Iran’s secret nuclear activities. This served not only to supplement the IAEA’s regular monitoring of nuclear facilities under the aegis of the Iranian Atomic Energy Agency, which were supposedly intended for civilian purposes, but also to provide the IAEA with information about Iranian facilities operating in Iran military nuclear program so the IAEA could request access to them. A major contribution to this effort was the handover of a stolen Iranian laptop to the American secret service, which contained many details about the Amad plan so that it could be passed on to the IAEA. The most significant contribution of the intelligence services, however, was the smuggling of a huge Iranian nuclear archive into Israel by the Mossad (Israel’s intelligence corps). The archive contained evidence that Iran had made great strides in its nuclear weapon development.

The Torah says about Yom Kippur: “For this day will atone for you, to cleanse you from your sins and …

To the regret of the Tehran regime, all elements of its nuclear program have gradually been exposed, forcing it to provide explanations to the IAEA. But these explanations stretched the limits of plausibility to the point of breaking. For example, when IAEA inspectors visited Natanz in 2003, the regime claimed that the facility’s centrifuges were the product of domestic research and development, but it quickly became clear that it had acquired both knowledge and components for the centrifuges from Pakistan. Tehran also claimed that the heavy water reactor it built was based on an Iranian design, but it turned out that the design was made by Russian research institutes.

Tehran authorities also set about destroying facilities that Western intelligence agencies said were part of their military nuclear program before granting IAEA inspectors access to the sites. Despite the demolition of the facilities, however, small amounts of uranium particles were found in IAEA soil samples taken from sites after tests in the IAEA laboratory in Austria. These results indicated that nuclear activity had occurred at all sites.

In the first years of the decade from 2010, contacts began between the P5 + 1 powers (US, UK, France, Russia, China and Germany), the EU and Iran with the aim of reaching an agreement that would become the Islamic regime prevent them from developing nuclear weapons. On July 14, 2015, the P5 + 1 powers, the EU and Iran signed an agreement on an agreement – the Joint Comprehensive Plan of Action (JCPOA) – with which various components of the Iranian nuclear program according to an agreed timetable . The administration of President Barack Obama was a key player in the further development of this agreement.

Many activities were also carried out against the Iranian nuclear program. These include the Stuxnet computer worm, which paralyzed many centrifuges in Natanz in 2010, as well as the killing of several Iranian nuclear scientists. The youngest of them was Fakhrizadeh, the father of the Iranian military nuclear program, who was killed in late 2020. Attacks were recently carried out on Iranian nuclear facilities in Natanz and Karaj. Although it is widely believed that these attacks were carried out by Israel, the US, or the two together, their origins remain ambiguous.

After Donald Trump was elected President of the United States, he decided, among other things in response to the revelations in the context of the operation of the Iranian nuclear archive, to impose sanctions on Iran, which were tightened during his presidency. For its part, Iran began violating the JCPOA step by step as an act of defiance against Trump. In early 2020, she announced that she was no longer bound by the JCPOA restrictions. In 2021, Iran began enriching uranium to 60% and producing metallic uranium – clear signs that its goal is to make nuclear weapons.

Despite Joe Biden’s intention, expressed before he took office, to reach a new agreement on the nuclear issue with Tehran and the EU partner countries as soon as possible, developments since he took office have been so vague that points to a serious crisis. This can be traced back to Tehran’s recent serious steps, which represent an almost complete repeal of the nuclear agreement and move it strongly towards a nuclear emerging state; the election of the arch-conservative Ebrahim Raisi as President of Iran; and the rampage of the Revolutionary Guards in the Persian Gulf, which has made the Persian Gulf a dangerous sailing area. As for the US, Biden’s incompetence in the face of the Taliban’s takeover of Afghanistan calls into question his government’s dealings with Iran.

According to media reports, Israel is preparing a military step against the Iranian nuclear program. If so, it is not clear whether Jerusalem would actually take this step, especially given that Israel’s new government seeks coordination with the Biden government.

The ambitions of Biden and the EU states to reach an agreement with Iran are puzzling. The Iranian regime is essentially a criminal gang that tries to take over everything around it by force. The words of those responsible in Tehran cannot be trusted because they use lies and deceit as weapons. Does it make sense to do business with these people?

Lieutenant Colonel (res.) Dr. Raphael Ofek, a research fellow at the BESA Center, is an expert in the field of nuclear physics and technology who served as a senior analyst in the Israeli intelligence service.

Read the author’s full report on the subject at the BESA Center.