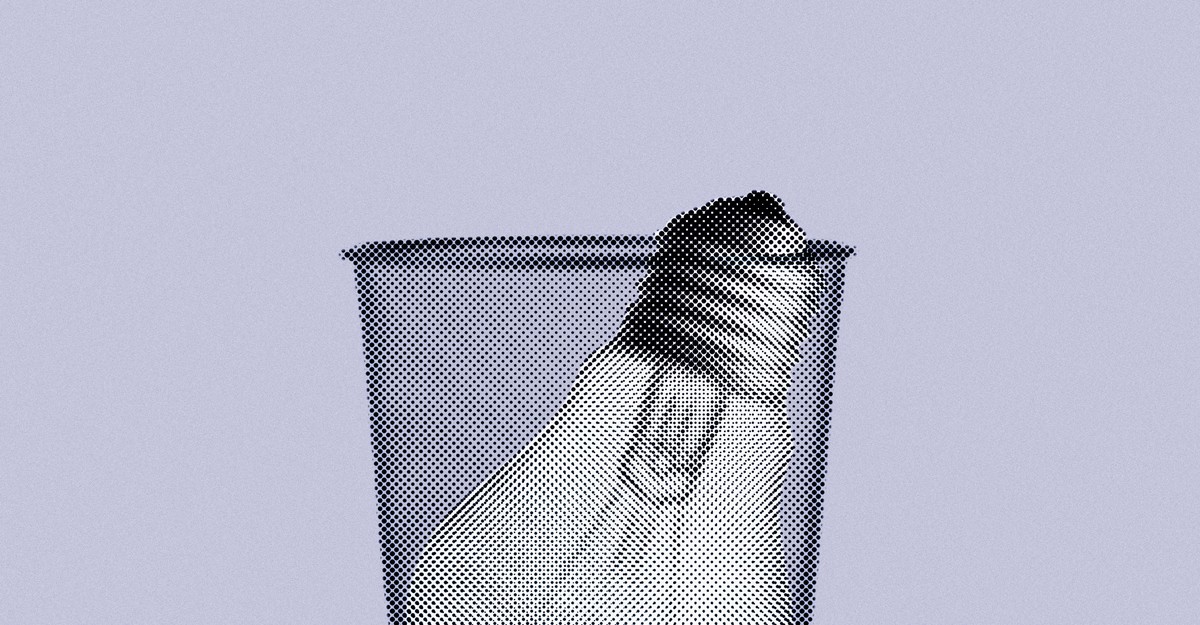 Why America Doesn’t Build What It Invents

This is work in progress, a newsletter by Derek Thompson about work, technology, and how to solve some of America’s biggest problems. Sign up here to get it every week.

This week, the federal government announced that scientists achieved a breakthrough in nuclear-fusion technology. News reports proclaimed rapturously that the technology might soon solve the climate crisis and change energy’s future.

But let’s be realistic: Working fusion reactors could be many decades away. We need to build on this big eureka moment by encouraging lots of mini eurekas that can turn energy from fusion into a viable product.

As I recently wrote, progress is as much about implementation as it is about invention. This week’s achievement brought the total number of successful fusion experiments in history from zero to one. But the way that individuals and institutions take an idea from one to 1 billion is the real story of progress.

This lesson holds special relevance for America. The US is the world’s breakthrough champion. But we lay behind in actually building what we’ve invented. Although the US was the first to develop nuclear technology, it has actually closed more nuclear-power plants than it has opened in the past 20 years. Both the elevator and the skyscraper were invented in the US, too, and yet we suffer from a pronounced shortage of affordable urban housing, because once again we don’t build enough of what we know.

What’s holding us back? Progress in America faces a complex obstacle course, including political barriers and cultural hurdles. Some of these obstacles are common to all inventions, while others are specific to the US

Scientific breakthroughs are typically more like first drafts than final products, and they need additional breakthroughs to become usable.

In medicine, scientists understood for years the potential of synthetic mRNA. But they needed further achievements in a totally different field, nanoparticle design and manufacturing, to actually create the COVID vaccines. Similarly, scientists will need to build on the fusion reaction that inspired the world this week with advances in efficiency and reliability. Rarely does a scientific breakthrough leave us with a complete product that can be instantly delivered at high quality to patients or consumers.

Many breakthrough ideas and products are initially extremely expensive.

Take solar energy, for example. Scientists at Bell Labs built the first modern silicon photovoltaic cell in the 1950s. But they were terribly inefficient. If you had to power your 2022 house with 1955 solar cells, it might cost you more than $1 million every day.

Since the 1950s, solar cells have steadily fallen in price as they’ve been deployed in the US and abroad. During the 1960s, solar cells made it possible to power much larger satellites that revolutionized telecommunications, spying from space, and weather forecasting. As costs declined, applications multiplied, and cells began to power lights in lighthouses, offshore oil-and-gas drilling rigs, and railway crossings. As other countries, such as Germany and Japan, embraced industrial policy for solar, the price of solar energy continued to fall—down by a factor of 200 since the 1970s and an order of magnitude in just the past 10 years. In the next decade, solar installations are projected to take off now that solar energy is often cheaper than oil or gas.

Lessons abound from this story, but one is that new ideas have to come down the price slide to be of much use to most people, and that more deployment leads to falling prices. Companies “learn by doing,” and they figure out ways to reduce costs as they become experts in the field.

Federal policy can speed or hinder the route to viability.

In the ’70s, wind-turbine technology got a boost from NASA investments and federal and state incentives. By 1986, 96 percent of the world’s wind-generated electricity was in California, according to the construction writer Brian Potter. But this progress came to a crashing halt. In the 1980s, the oil crises gave way to an oil glut, and credits were removed or allowed to expire. Turbine installation fell by more than 90 percent in the next few years. The technological frontier moved to Europe, which generated more than 70 percent of the world’s wind energy in 2000. By the early 21st century, the US had lost the edge in wind because we had disinvested in the technology at every level of government. Some people criticize industrial policy with the logic that the US government gets in trouble when it tries to select winners and losers. But the US government always selects for something when it makes policy. If creating wind subsidies is a policy, so is ending wind subsidies. We should be sensitive to the costs of disinvesting, or failing to invest at all, in emerging technologies that could have a big effect on US welfare and energy security.

Sometimes the barriers to doing things are very simple: there are bad rules on the books, and we should remove them.

Single-family-zoning rules make it impossible to build multi-family buildings in a certain area. At extremes, rampant historic-preservation rules can impede all new construction in a neighborhood, making it impossible to add to the housing stock. I don’t want to give people the impression that America’s progress problem is simple. But sometimes the badness of certain rules and regulations is quite straightforward, and the country would be better off if these rules simply went away.

Americans have become too efficient at saying no.

As the Atlantic writer Jerusalem Demsas has relentlessly chronicled, the US makes it very easy for citizens to stymie housing and energy projects by filing lawsuits. This is not just about NIMBYism—the not-in-my-backyard bias of locals to stop construction on new projects. It’s about the laws that allow locals to exert power and stop progress from happening.

For example, why did the cost to build highways increase fivefold from 1990 to 2008? As Demsas wrote, laws like the 1970 National Environmental Policy Act “made it easier for citizens to block construction projects.” Robert Kagan, a law professor at UC Berkeley, calls this “adversarial legalism.” As he told the New York Times writer Ezra Klein, “Inflexible procedural rules are a hallmark of the American state.” If the US is going to build what we invent, we have to make it harder for Americans’ reflexive NIMBYism to stop construction.

When big projects are overseen by multiple agencies, the diffusion of responsibility can often result in nothing happening. A good example is the Boston Green Line Extension, a project that tripled in cost because understaffed agencies that had never handled large projects failed to get on the same page.

But there are two ways to ruin a kitchen: Too many cooks, or not enough to deliver. New York City recently passed a law requiring dangerous drivers to take a safety class. Last week, the New York Post reported that very few speedsters have ever taken the class because the city has no means of penalizing those who don’t show up. There simply isn’t administrative capacity to carry out the policy. Government isn’t just about writing smart policies. Wise laws that can’t be implemented aren’t wise, and they’re barely even laws. Getting the outcomes that we want out of government requires that government can actually do what it says it wants to do.

Sometimes, a new technology is ready to take off, but corporate giants and their allies in government block the path.

If we’re interested in understanding why clean-energy construction hasn’t taken off as much as it should have in the US, we can’t just blame NEPA and NIMBYs. Many US energy utilities are regulated monopolies that are threatened by the appearance of a new cheap energy source. They’ve resisted solar and wind energy for decades. Fossil-fuel companies, too, have spent years lobbying for a different set of rules that give them advantages over new technologies.

The US has developed some regulatory and approval habits that are simply too slow to respond to annual crises, such as cancer deaths, much less once-in-a-century pandemics.

In my recent article, I imagine a thought experiment: Inspired by the success of the government program to accelerate the development of the COVID vaccines, what would an Operation Warp Speed ​​for cancer prevention look like? It would start with significantly more investment in research. But it would also acknowledge that the US has to reform the way that new drugs and therapies are tested and approved. From 1973 to 2011, nearly 30,000 trials were run for drugs that treated recurrent or metastatic cancer, compared with fewer than 600 for cancer prevention. One reason is that trials for cancer prevention simply take too long to prove that they work. For other preventative therapies, like drugs to stave off heart disease, the FDA accepts short-term proxies for success, such as immediate evidence of lower blood pressure. The FDA could research similar short-term proxies for the approval of drugs that prevent cancer. Doing so would accelerate the development of life-saving medication without spending a taxpayer dime on research.

Let’s imagine an energy world with almost none of the barriers I’ve described. Clean energy technology is cheap and reliable. NIMBYism has been banished from the Earth. Transmission lines crisscross the country. But we’ve run out of resources. There isn’t enough lithium, nickel, or copper. The US needs a policy of deep abundance to ensure that we have access to crucial resources to build what we need. This week, the think tank Employ America published a manifesto for “increasing energy commodity production.” For example, batteries for electric vehicles need lithium, nickel, cobalt, and other rare-earth minerals. The US doesn’t yet have a complete policy for ensuring that producers have an abundant supply of these commodities. In an all-electric future, an abundance of energy requires an abundance of underlying energy commodities.

Regarding the impact of electricity price cap on Ignitis Group – GlobeNewswire

5 Tips for Mixing Your Own Cannabis Fertilizer