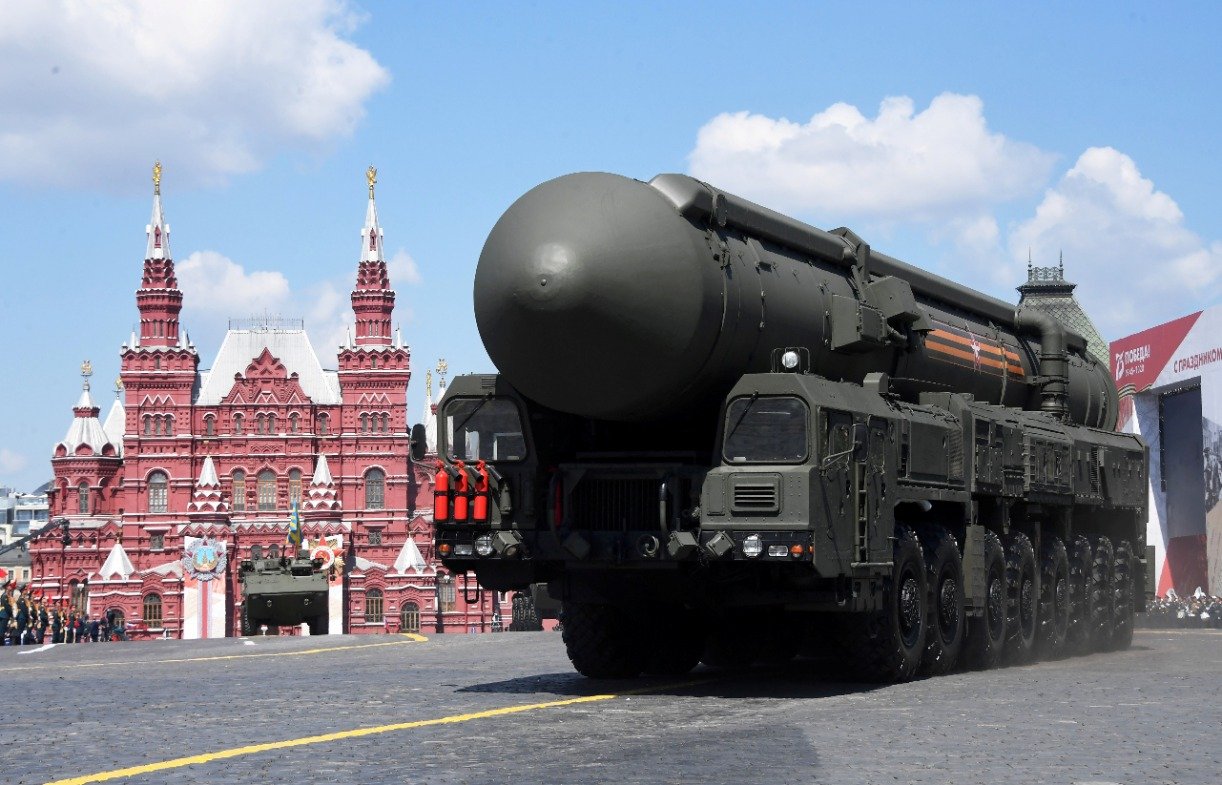 China is in the midst of a nuclear build-up that deserves a strong response.

China’s increased combat readiness, coupled with the discovery of what is believed to be 120 missile silos in a 700 square mile deployment area near the city of Yumen in north-central China is a reminder that the United States must develop a broader missile defense network and advance nuclear modernization.

For the first time since the Soviet Union’s first atomic bomb was detonated in 1949, the United States is in a three-way nuclear arms race. We are in an arms race whether the Biden government and the Democrats want to recognize it or not. Inactivity and playing ostrich don’t make it go away.

Close Sino-Russian military ties give cause for concern that in the event of war, the two powers could pool their nuclear arsenals to attack the United States and its allies.

“I would also like to highlight the words from this statement that our relations now transcend such a form of intergovernmental interaction as the military-political alliances of the Cold War era,” Russian Foreign Minister Sergei Lavrov said earlier this month. “Without exception, this is the most important guideline for deepening relations between Russia and China in all areas.”

President Joe Biden began his tenure by promising Vladimir Putin an unconditional extension of the 2010 START treaty with no preconditions for Russian nuclear modernization or the inclusion of China in an arms control regime. From a contractual standpoint, China is free of the leash and has no contractual restrictions on its structure or the number of nuclear missiles it can develop.

The Biden government requested $ 8.9 billion for the missile defense agency on its wish list for the May budget, up from $ 10.5 billion in the current fiscal year. Greater investment is required as the cost of doing nothing will be much less than the cost of destroying American cities or other potential nuclear targets.

The George W. Bush administration built the first real anti-missile defense system. The Ground-based Midcourse Defense (GMD) has a narrow focus protecting American targets from North Korea and was deployed in the 2000s. There are a total of forty-four interceptors in Ft. Greeley, Alaska and Vandenberg Space Force Base, California.

This current missile defense program does not offer any real protection against the growing threats from Russia or China. Only twelve of the GMD’s nineteen tests have been successful in the past two decades. By now, forty-three out of fifty-three tests of the Aegis ship-based missile defense were successful. The Terminal High Altitude Area Defense, which offers mobile, deployable missile defense, has a perfect record of sixteen successful tests and sixteen interceptions.

“Russia has actually used hypersonic technology. China has developed hypersonic technology, ”Rep. Mike Turner, senior Republican on the House Strategic Forces Subcommittee, told the Hudson Institute earlier this month. “We don’t have what it takes to ensure that we are the same on both the sensor side and the response side. . . to defend against such weapons, and at the same time we do not use them ourselves. “

Technological advances could translate ideas from the Reagan-era strategic defense initiative such as Brilliant Pebbles into practice and fill the capability gap created by deficiencies in ground-based missile defense platforms. “Brilliant Pebbles” would use satellite-based interceptor missiles that target ballistic intercontinental ballistic missiles (ICBMs) in their boost phase and eliminate them before they can deploy their nuclear warheads.

Another possible component could be a series of networked laser satellites that could also destroy ICBMs during the launch phase.

These newly discovered Chinese silos could potentially house DF-5C nuclear missiles that U.S. intelligence analysts believe could carry multiple warheads. China is well on its way to owning the two hundred ICBMs that the US Department of Defense raised the alarm about last year. Having multiple warheads on each ICBM would multiply the threat to the American homeland.

Lewis previously fired Trump’s top arms negotiator, Amb. Marshall Billingslea’s warning that China is undertaking a nuclear build-up in October 2020 told CNN he saw no cause for concern. According to a first-hand source, the Trump administration was well aware of what China was up to.

The Defense Ministry estimated that China had a total of one hundred missile silos last year. This recent build-up suggests that China has given up its longstanding claim of not having a nuclear doctrine without a first strike, a senior Trump administration official said on condition of anonymity. The recent Chinese Communist Party (CCP) propaganda threatening a nuclear strike against Japan if it defends Taiwan has added to these concerns, and the spread of the coronavirus pandemic around the world shows the CCP has little interest in human life.

This development shows that China’s leadership hopes to have enough nuclear missiles to survive an American nuclear deterrent attack.

The Biden government’s decision to spend trillions on pet projects following the coronavirus pandemic that spread the CCP worldwide and killed four million people worldwide shows it has little excuse, no similar defense against a nuclear attack by a hostile peer how to perform China. While the likelihood of a nuclear exchange is statistically low, there is no excuse not to take countermeasures now instead of waiting later.

Investment on par with former President Ronald Reagan’s strategic defense initiative is required to protect America’s homeland and allies from nuclear attacks amid the collapse of international arms control.

John Rossomando is a senior defense policy analyst and was a senior counterterrorism analyst for the Investigative Project on Terrorism for eight years. His work has been featured in numerous publications including The American Thinker, Daily Wire, Red Alert Politics, CNSNews.com, The Daily Caller, Human Events, Newsmax, The American Spectator, TownHall.com, and Crisis Magazine. He was also the chief editor of The Bulletin, a 100,000-circulation daily newspaper in Philadelphia, and was named number one by the Pennsylvania Associated Press Managing Editors in 2008 for his coverage.