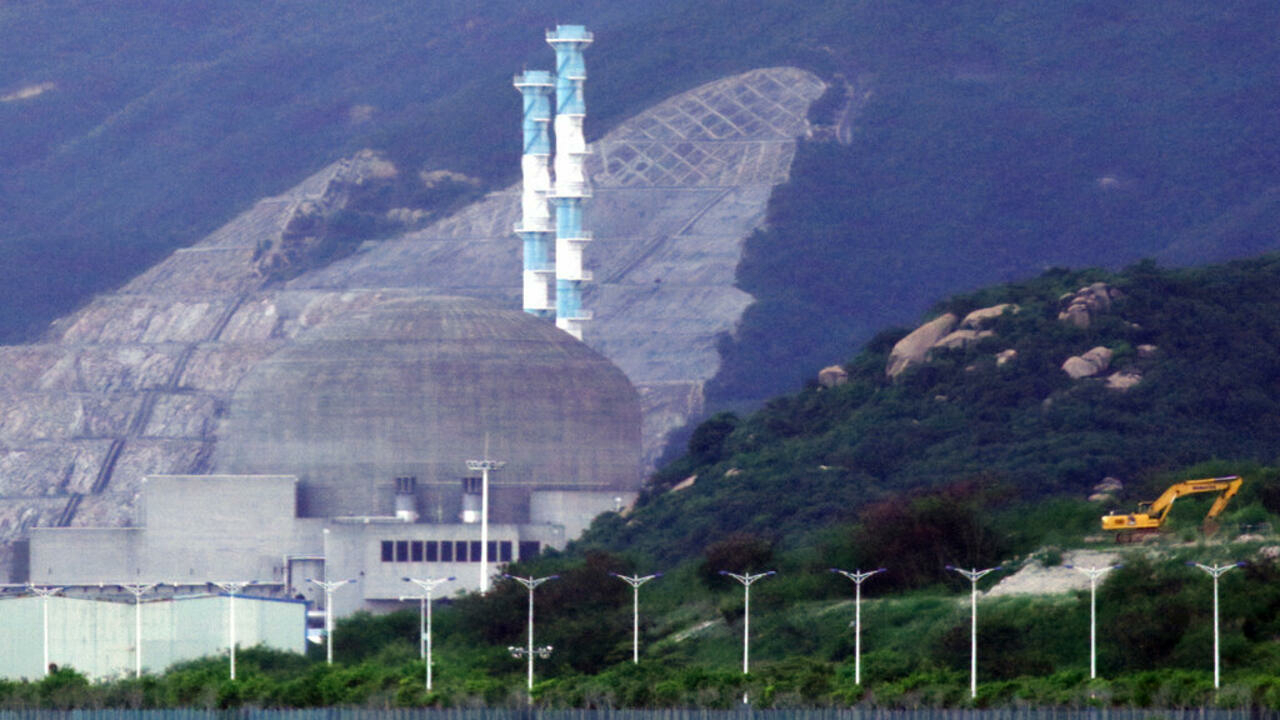 China stands ready to test a thorium-powered nuclear reactor in September, the world’s first since 1969. The theory is that this new molten salt technology will be “safer” and “greener” than normal uranium reactors, and so could help Beijing itself to meet its climate goals. But are the country’s investments also geostrategic?

In the middle of the Gobi desert in northern China, a new page in the history of atomic energy could be written this September. In late August, Beijing announced that it had completed construction of its first thorium-powered molten salt reactor. The first tests of this alternative technology for current nuclear reactors are to begin in the next two weeks.

Built not far from the northern city of Wuwei, the energy-saving prototype has so far only been able to produce electricity for around 1,000 households, according to the journal Nature.

However, if the upcoming tests are successful, the Chinese authorities will start a program to build another reactor that can generate electricity for over 100,000 households. Beijing could then become an exporter of a reactor technology that has been much discussed for over 40 years, according to the French financial newspaper Les Echos.

The Chinese reactor could be the world’s first molten salt reactor since 1969 when the US closed its Oak Ridge National Laboratory in Tennessee.

“Almost all current reactors use uranium as fuel and water instead of molten salt and thorium,” which will be used in China’s new facility, Jean-Claude Garnier, head of the French Alternative Energy and Atomic Energy Commission (CEA), told FRANCE 24 .

Beijing did not choose these two “new” ingredients by chance: Molten salt reactors are among the most promising technologies for power plants, according to the Generation IV Forum – a US initiative to promote international cooperation in the field of civil nuclear energy.

In molten salt technology, “the salt itself becomes fuel,” explained Sylvain David, Research Director at the French National Center for Scientific Research (CNRS) and specialist in nuclear reactors, in an interview with FRANCE 24. The crystals are made with nuclear material – either uranium or thorium. heated to over 500 ° C to become liquid and can then transport the generated heat and energy.

In theory, this process would make the plants safer. “Some accident risks are supposedly eliminated because the liquid combustion avoids situations in which the nuclear reaction can get out of control and damage the reactor structures,” added Jean-Claude Garnier.

Another advantage for China is that this type of reactor does not need to be built near watercourses, as the molten salt itself “acts as a coolant, unlike traditional uranium power plants which require huge amounts of water to cool their reactors,” notes French newspaper Les Echos. This allows the reactors to be installed in remote and arid regions … like the Gobi Desert.

Beijing has also chosen to use thorium instead of uranium in its new molten salt reactor, a combination that has been attracting the attention of experts for years. This is mainly because “there is much more thorium than uranium in nature,” Francesco D’Auria, a specialist in nuclear reactor technology at the University of Pisa, told FRANCE 24.

In addition, thorium belongs to a famous family of rare earth metals that are much more common in China than anywhere else; This is the icing on the cake for the Chinese authorities, who could strengthen their energy independence from major uranium-exporting countries like Canada and Australia, two countries whose diplomatic relations with China have collapsed in recent years.

Beijing’s investment is also long-term. “At the moment there is enough uranium to fire all the reactors that are in operation. But if the number of reactors increases, we could reach a situation where the supply would no longer keep up and the use of thorium can drastically reduce the need for uranium. That makes it a potentially more sustainable option, “explained Sylvain David.

According to thorium supporters, it would also be a “greener” solution. Unlike uranium, which is currently used in nuclear power plants, burning thorium does not produce plutonium, a highly toxic chemical element, emphasized Nature.

With so many positive aspects, why are only molten salts and thorium used? “Essentially because uranium 235 was the natural candidate for nuclear reactors and the market didn’t look much further,” added Francesco D’Auria.

Among the three main candidates for the nuclear reaction – uranium 235, uranium 238 and thorium – the first is “the only naturally fissile isotope,” said Sylvain David. The other two must be bombarded with neutrons so that the material can be fissionable (capable of nuclear fission) and used by a reactor: a possible but more complex process.

Once this is done on thorium, it produces uranium 233, the fissile material needed for nuclear power generation. This then becomes another problem with thorium: “The radiation from uranium 233 is stronger than that of the other isotopes, so one has to be more careful,” warned Francesco D’Auria.

The feasibility of molten salt reactors is also questionable, as it raises further technical problems. “At very high temperatures, the salt can attack the structures of the reactor, which have to be protected in some way,” explains Jean-Claude Garnier.

There is clearly a lot at stake in the Chinese Tests and they are being watched very closely around the world to see how Beijing intends to overcome these obstacles. But even if China were to win in the end, they shouldn’t get too excited, said Francesco D’Auria: “The problem with corrosive products is that you don’t recognize their damage until five to ten years later.”

In addition, there is no reason to celebrate a nuclear reactor that produces not only energy but also uranium 233 Francesco D’Auria.

As such, China could end up revolutionizing the nuclear industry, but at the same time it could re-alarm non-proliferation advocates around the world.

This story has been adapted from the original in French.