Why does Estonia need nuclear energy?

Estonia will soon face critical electricity shortages if concrete measures are not taken to improve circumstances, writes Henri Ormus, a nuclear energy expert and co-founder of Fermi Energia – a company that is proposing to build small nuclear power plants in the country.

First, most of Estonia’s electricity comes from oil shale (similar to lignite), which burns thermal power plants – an extremely dirty and carbon-intensive method of generating electricity. Due to the rising CO2 prices, these systems are becoming uneconomical and have to be shut down because the electricity costs are no longer competitive on the market. Until 2018, Estonia was a net exporter of electricity – but since 2019 carbon prices have increased and oil shale plants have mostly been idle and Estonia is now a net energy importer.

Oil shale must run out

In 2018, oil shale accounted for 76% of total electricity generation in Estonia, but in 2019 the share decreased to 57%. Some older units have been permanently shut down, and some newer or refurbished units are only kept on standby or operated when the price of electricity is very high – like in early 2021 when temperatures are low and electricity needs are high. One factor for this is the low generation of renewable energy, as the sun does not shine and the wind does not blow too strongly on cold winter days and nights.

Electricity generation in Estonia in January 2021.

Second, the Estonian, Latvian and Lithuanian networks will be separated from the Russian and Belarusian networks in 2025 and connected and synchronized with the continental European energy system via Poland.

The Russian power grid currently ensures the main power reserves for frequency control and ensures system operation within the BRELL ring (Belarus, Russia, Estonia, Latvia and Lithuania). This means that the strong connections from the Baltic to the Russian and Belarusian grids will cease and the grid stability and increasing power deficit will have to be managed mainly in the Baltic states, with some help going through synchronous AC connections to Poland and DC connections to Lithuania. Sweden and EstLink 1 and 2 between Estonia and Finland.

In addition, many transportable energy sources, mainly coal, but also nuclear power plants, will be permanently shut down in the Nordic and Central and Eastern European region in the coming years. This means that the electricity deficit will rise and prices will rise. In addition, several new connections to the UK and Central Europe are being built from Norway and Sweden, which will result in cheap hydropower flowing from the Nordic countries, which means that prices in NordPool will rise. 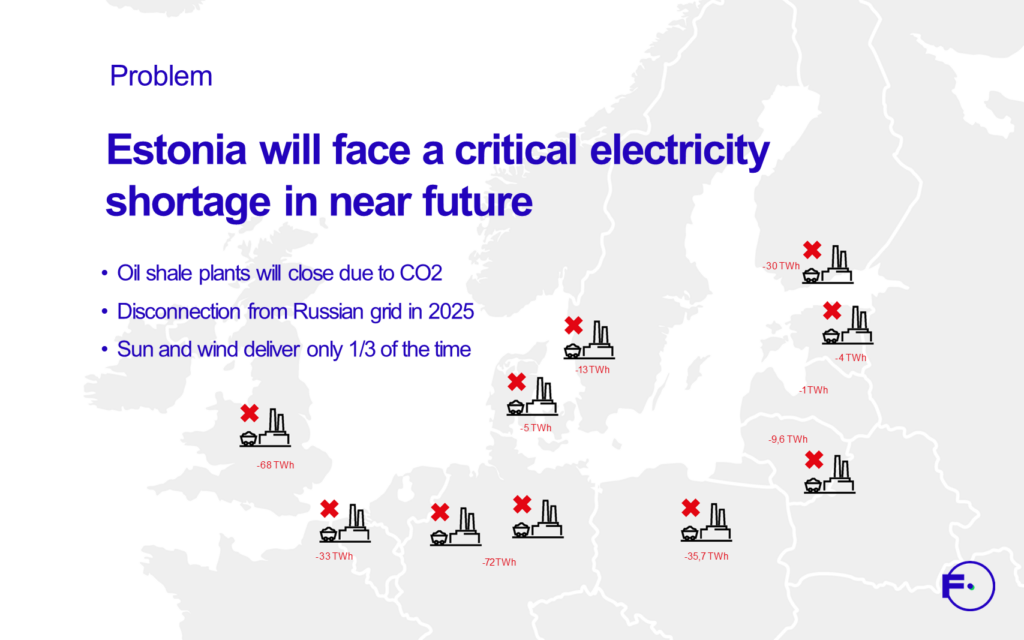 Energy challenges in the near future.

Thirdly, the increasing intermittent wind and solar energy capacity in the grid leads to more and more challenges and instabilities, as they can only deliver electricity about 1/3 of the time. This means that more backup power and investments are needed to improve the network.

The less electricity is available in the grid, the greater the price fluctuations and the risk of major power outages increases dramatically.

These risks were identified in California in 2020, for example. There, the share of renewables was high (which is good), but at the same time large shippable sources (including nuclear power plants) have been closed, reducing the safety of supplies below the critical point and leading to major blackouts in the area. In addition, the region’s CO2 emissions also increased as nuclear power plants were replaced with natural gas to secure renewable energies.

Our own low carbon manufacturing is needed

In Estonia we don’t have too many options for achieving the goal of carbon neutrality and ensuring energy security. We have to decide whether it is Russian gas, imports from neighbors, or building our own small modular nuclear reactor known as SMR power plants.

The increasing reliance on Russian gas has an impact on energy security and is a very politically sensitive issue in Estonia. In addition, with the increased use of natural gas, Estonia will not be able to meet the EU net zero targets (the EU aims to be climate neutral by 2050 – a net zero greenhouse gas economy) by 2050 – on the contrary .

Increasing electricity imports is also not a good option, as the deficit in the region will only increase and thus prices will rise. The greater the share of imported electricity, the greater the impact of power outages with neighboring countries (Finland, Latvia) – greater dependency on imports reduces the security of supply in Estonia. 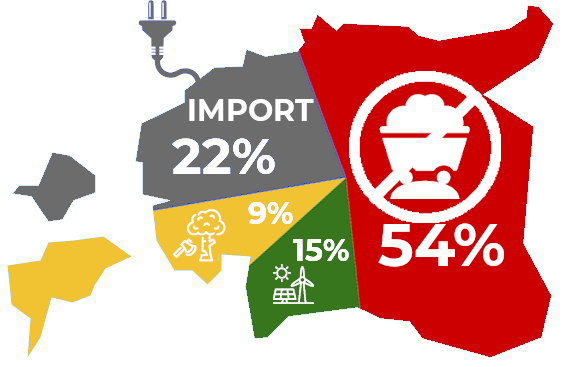 Current sources of electricity in Estonia.

So what are the options if Estonia wants to have security of supply and energy security (note, these are two different terms) and want to meet the EU climate goals and reach net zero by 2050?

It’s pretty clear that there are no options other than nuclear power. Nuclear power must be part of the Estonian energy mix together with renewable energies (currently almost 30% of Estonian electricity generation comes from renewable sources – one third of this comes from wind power and the other two thirds come from the combustion of biomass, the contribution from hydropower and solar energy is negligible) . Fermi Energia has estimated that at least two to four SMRs (e.g. 300 MWe each) are in demand in the Baltic region.

The idea of ​​the Estonian nuclear power plant

The idea of ​​the Estonian nuclear power plant is not new. In the late 2000s, Eesti Energia – Estonia’s state-owned energy company – examined options for nuclear energy. It considered its own nuclear power plant, but also a joint venture with Latvia and Lithuania to build a new power plant at the Visaginas site – near the Ignalina nuclear power plant in Lithuania, where the last of the two RBMK built by the Soviet Union was built reactors (the same Guy who powers the Chernobyl power plant – editor) were shut down in 2009. These plans did not materialize.

Now a company called Fermi Energia wants to develop and use SMRs in Estonia – several reactors with an output between 600 and 1200 MWe. 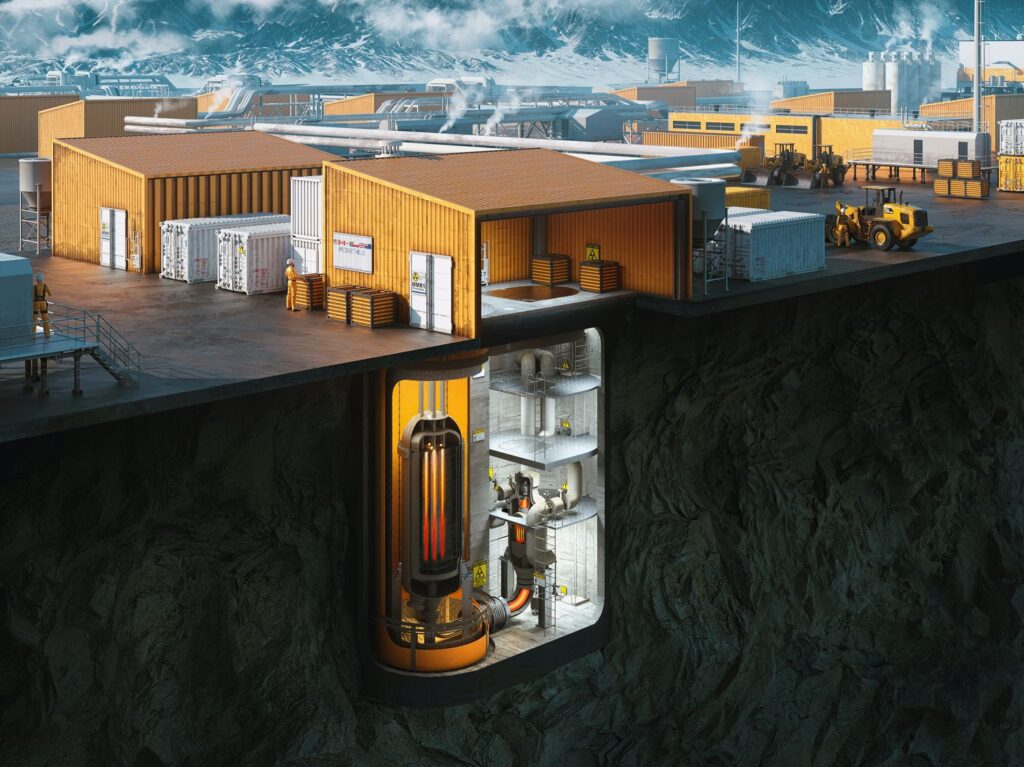 A depiction of the Ultra Safe Nuclear Corporation (USA) SMR design – one of the candidates considered by Fermi Energia in Estonia.

The Fermi Energia idea began where many of the greatest ideas were born – in the sauna, of course. That was in 2018. The stars had aligned, and it didn’t take long to put together a diverse team that included experts in nuclear economics, fuel, technology and safety, as well as the former CEO of Eesti Energia. Three members of the team studied nuclear engineering at the Swedish KTH Royal Institute of Technology, including Merja Pukari, currently director of the Swedish Center for Nuclear Technology.

Why SMR and not the regular large nuclear power plant? The answer is simple: the Estonian grid is too small to handle the large 1000 + MWe plant as the Estonian peak consumption is only around 1500 MWe. And for the Estonian grid, the maximum size of a power block is around 300 MWe – larger units can pose a risk to grid stability. 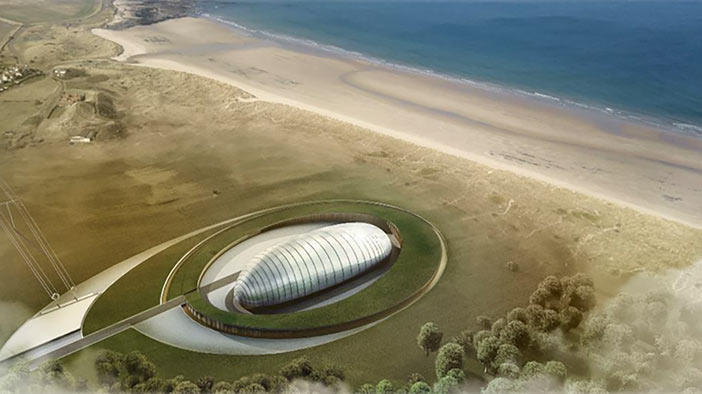 A depiction of the Rolls-Royce (UK) SMR design – one of the candidates considered by Fermi Energia in Estonia.

The SMRs have high potential for lower deployment and power generation costs, especially when deployed in multiple units. The SMRs have a potentially lower cost of capital per unit – which reduces the risk to finance, licenses, and project execution compared to large nuclear power plants. The SMRs have no atmospheric emissions and the main environmental impact is the cooling of the turbine steam by ambient air or water such as the sea or river. Your land footprint is less than 1% that of wind or solar energy.

Fermi Energia aims to deploy SMRs with a simultaneous spent fuel repository development solution based on deep hole disposal technology (the concept of disposing of highly radioactive waste from nuclear reactors in extremely deep wells rather than in more traditional deep geological repositories like are excavated mines – publisher). 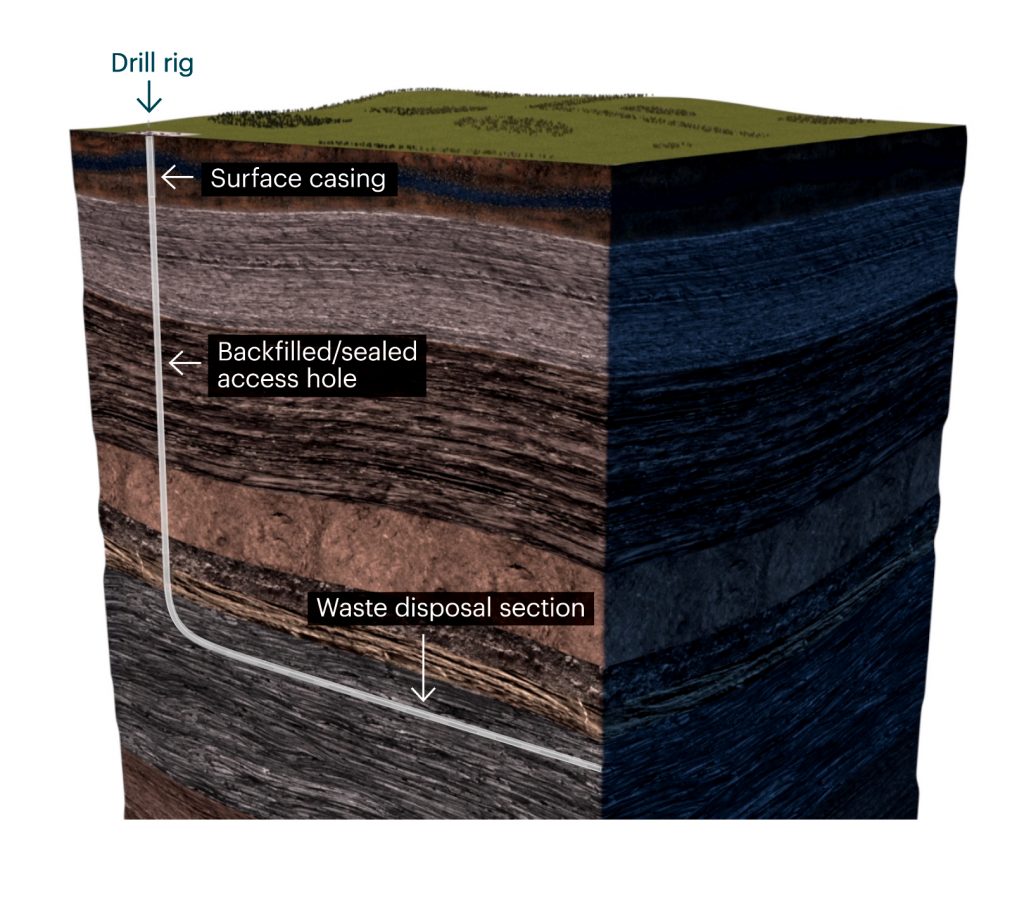 A public discussion about the possibility of using nuclear energy in Estonia has now started. In November 2020, the Estonian government decided to set up a Nuclear Energy Committee, headed by the country’s Environment Minister. The ruling coalition changed in January 2021, but the continuation of the nuclear reflection and skills development is also supported by the new government led by Kaja Kallas.

Fermi Energia has also carried out pre-feasibility studies on the potential of SMR in Estonia.

Litter is always a major public concern. Therefore, a final spent fuel management study was carried out. It was carried out by a US nuclear waste disposal company Deep Isolation, which was carried out in collaboration with the Estonian geology and drilling company Steiger.

A US company, Deep Isolation, describes the technology for its deep horizontal borehole solution for the storage and disposal of nuclear waste.

The study found that radioactive waste management in deep horizontal wells in Estonia’s crystalline bedrock has no fundamental geological restrictions. The study concludes that it can be demonstrated that a large number of locations in the country comply with the International Atomic Energy Agency’s safety regulations for geological disposal.

All regions of Estonia likely contain potential host rock formations that provide safe and inexpensive locations for a deep isolation repository. Research has shown that the cost to Estonia would be only a fraction of the cost of building a dismantled repository.

Another important study was the preliminary site screening, in which the entire land area of ​​Estonia was analyzed in order to find optimal locations for 600-1200 MWe SMR plants. 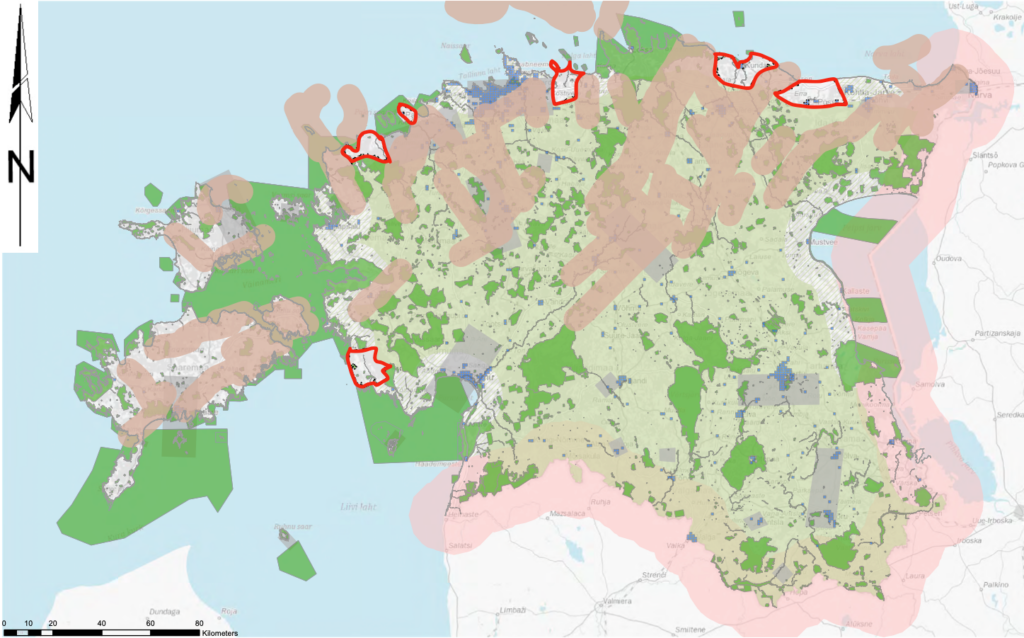 According to Fermi Energia, the most promising locations for the location of an SMR system are the coastal regions in northeast Estonia.

The study found that there were several suitable regions in Estonia for the location of an SMR plant. The most promising locations are the coastal regions in northeast Estonia. As a result of the study, five candidate sites were selected and proposed for further evaluation.

The opinions expressed in this article are those of the author. Cover picture: A representation of the BWRX-300 SMR design from GE Hitachi (USA / Japan) – one of the candidates considered by Fermi Energia in Estonia. Images by Fermi Energia.