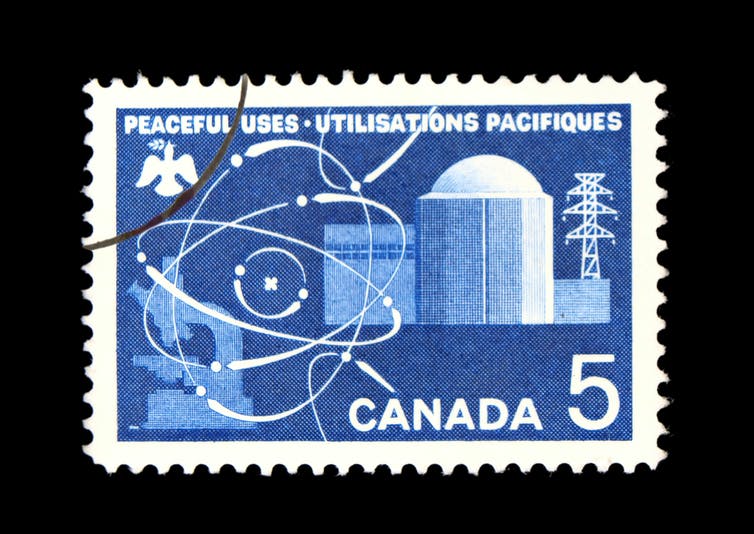 One of the beneficiaries of the run-up to a possible federal election was the nuclear energy industry, especially companies promoting new nuclear reactor designs, so-called small modular reactors. The two largest grants went to two companies, both of which are developing a special class of these reactors called molten salt reactors (MSRs).

As a physicist who has analyzed various nuclear reactor designs, including small modular reactors, I believe that molten salt reactors are unlikely to be used successfully anytime soon. MSRs are faced with difficult technical problems and cannot be expected to produce electricity continuously.

Molten salt reactors use molten chemicals such as lithium fluoride or magnesium chloride to remove the heat generated in the reactor. In many MSRs, the fuel is also dissolved in a molten salt.

These designs are very different from conventional reactor designs – Canada Deuterium Uranium (CANDU) design currently dominates the Canadian nuclear energy landscape. CANDU uses heavy water (water with deuterium, the heavier isotope of hydrogen) to carry heat, slow down or “moderate” the neutrons produced during fission, and natural uranium, which is made into solid pellets as fuel. Slower neutrons are more effective at triggering fission reactions than high-energy or fast neutrons.

Terrestrial’s IMSR runs on uranium, which contains higher concentrations of uranium-235, a lighter isotope compared to naturally occurring uranium (natural uranium) used in CANDU reactors. The enriched uranium is dissolved in a fluoride salt in the IMSR. The IMSR also uses graphite instead of heavy water, which is used in CANDU reactors to moderate neutrons.

Moltex’s Stable Salt Reactor (SSR), on the other hand, uses a mixture of uranium and plutonium and other elements as fuel, which is dissolved in a chloride salt and incorporated into a solid assembly. It doesn’t use any material to slow down neutrons.

Due to the different types of fuel used, these MSR designs require special facilities that are not currently available in Canada to produce their fuel. The enriched uranium for the IMSR must be made using centrifuges, while the Moltex design suggests using a special chemical process called pyroprocessing to make the plutonium required for the fuel. Pyroprocessing is extremely costly and unreliable.

Both processes are closely related to the potential of using fissile material for nuclear weapons. Earlier this year, nine non-proliferation experts from the United States wrote to Prime Minister Justin Trudeau expressing serious concerns “about the technology Moltex is proposing to use”.

The experience with MSRs is also not very encouraging. All current designs are based on the only two MSRs ever built: the 1954 Aircraft Reactor Experiment, which ran for just 100 hours, and the Molten Salt Reactor Experiment, which ran intermittently from 1965 to 1969. In these four years the operation of the latter reactor was interrupted 225 times; only 58 of them were planned. The rest were due to various unexpected technical issues. That means the reactor had to be shut down at least every four out of five weeks – you wouldn’t expect that from a reliable power plant.

Even the US Atomic Energy Commission, which had funded the US MSR program for nearly two decades, posed tough technology questions in a devastating 1972 report. Many of the identified problems remain technical challenges for I&C designs.

Another fundamental problem with MSRs is that the materials used to manufacture the various reactor components are exposed to hot salts, which are chemically corrosive, while being bombarded with radioactive particles. So far there is no material that can function satisfactorily in such an environment. A 2018 Idaho National Laboratory review could only recommend that “a systematic development program be initiated” to develop new alloys that may work better. There is of course no guarantee that the program will be successful.

These and other problems have been identified by various research laboratories ranging from the French Institut de radioprotection et de sûreté nucléaire (IRSN) to the Nuclear Innovation and Research Office in the UK. Their conclusion: molten salt reactors are still a long way from being tried and tested.

As the IRSN put it in 2015: “There are still numerous technological challenges to be overcome before the construction of an MSR can be considered”, right up to the statement that the construction of such reactors is not envisaged “in the first half of this century” will. ” 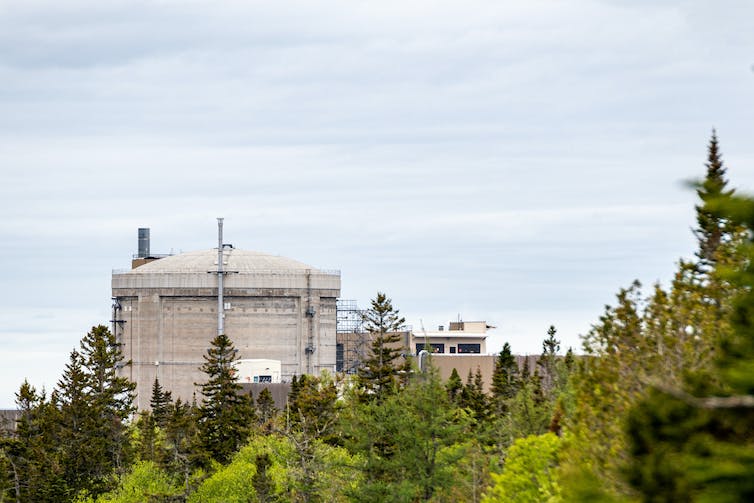 The Point Lepreau nuclear power plant in New Brunswick, where Moltex is proposing the construction of a molten salt reactor.
(Shutterstock)

Should an MSR be built, it also poses the challenge to society of dealing with the radioactive waste that is generated. This is particularly difficult for MSR, since the waste is in chemical forms, of which “it is not known that they occur in nature” and it is unclear “in which disposal environment this highly radioactive waste could possibly be taken up”. The Union of Concerned Scientists has also detailed the safety risks associated with MSR designs.

The Liberal government’s argument for investing in molten salt reactors is that nuclear power is necessary to mitigate climate change. There are good reasons to doubt this claim. But even if these reasons are disregarded, the problems with MSRs presented here show that they cannot be used for decades.

The climate crisis is much more urgent. Investing in proven problematic technology is not a solution to this plight.

Dounreay: A perfect fusion that started a nuclear reaction that changed life