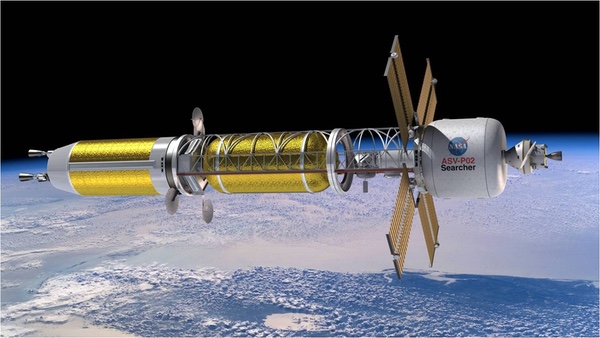 Addressing climate change, especially reducing carbon dioxide emissions while at the same time producing needed energy, is engaging humanity worldwide, and is apt to occupy the Biden Administration and its successors ever more so. While developing various technologies, one should also bear in mind another potential solution that is much simpler, cheaper, and faster to implement, while we wait for other solutions such as controlled fusion. Within the past year France and some countries in the EU announced their intention to pursue nuclear for their energy needs. China also prepared to test a thorium-fueled nuclear reactor in September 2021, although no test results information has been available since.

“Nuke” has become a four-letter word because of previous designs using uranium-235 as solid fuel: a wrong reactor design pursued due to the need for plutonium for nuclear bombs in the 1960s. We do not need them to the same extent. They should be phased out: surely not pleasant news for the current nuclear industry, but frankly it should not matter. That was then, this is now. We are in a different predicament now, and with different priorities that are climate and energy related. We need a rethink.

Nuclear was touted as an incredible source of almost infinite energy for humanity in the 1950s. But even in a controlled fashion as in nuclear reactors, it seemed dangerous with almost constant threat of explosion from the 200-300 atmosphere pressure needed to maintain the coolant water in liquid form, thus requiring high degree of monitoring and double to triple redundancy, increasing the cost tremendously, as it still does in majority of reactors worldwide as a large majority of them are light (or heavy) water reactors (LWR). Those dangers were correctly envisaged with the Three Mile Island, Chernobyl, and Fukushima events. What if this threat can be eliminated?

What if we can find a solution that does not need those high pressures? We may have. More specifically, it is the Thorium Molten Salt Reactor (TMSR) or the Liquid Fluoride Thorium Reactor (LFTR), the important denominator being thorium dissolved in hot molten salt that is used not as coolant, but as the energy source, which runs at almost sea ​​level pressure. And thorium leaves only 1% radioactive isotopes behind, unlike 95% for U235. What more do we want?

Why can’t we conclude that the way we did it was wrong rather than the act? It is now time to implement it. Give the engineers ability to engineer it.

Thorium, Th232, is 500 times more abundant than U235 and offers a significantly different and better solution. It is not our grandfathers’ nuclear anymore. It is vastly different. We as a country need to look into it.

The binding energy of the strong nuclear force offers almost a million times more energy per kilogram than the chemical release of fossil fuels, which is electron based. We were not able to take advantage of this potential so far. Now we can. In the last 50 years, consequently and unfortunately, we had to go to the fossil fuel route, adding not just carbon dioxide but also deadly pollutants in the air. We do not need coal, oil, or fracking. With this solution, which offers energy 24×7, combined with even intermittent terrestrial solar and perhaps wind, we can solve our energy need problem for a thousand years with zero carbon dioxide addition.

One ton of thorium is roughly equivalent to five million barrels of oil. It will run a 2.6 thermal gigawatt plant for one full year. With 50% efficiency incorporated for conversion, it will provide 1.3 gigawatts of electric power. About 600 to 800 such plants will provide all the energy we need in this country, thus needing about a thousand tons of thorium per year, without adding any carbon dioxide or other pollutants to air. With US reserves at 595,000 tons of thorium, we have enough to last us 600 years at current rates. By then, there is little doubt that we would have cracked the controlled fusion conundrum, giving us a long lease on life.

This vision will solve the world’s energy problem a thousand times over with zero carbon dioxide emission during operation, and it may be the cheapest form of energy production for us. The time is now to avail ourselves of this technological marvel. It would not be fair to deny it to us, and perhaps some other countries in the future. One hopes this administration will pay attention to it and find a reasonable path for all of us.

And this promise extends to space. With the molten salt taken through the pipes to where needed (unlike NERVA), we can now first do heat transfer (Heat Exchanger 1 in the picture below) to a non-radioactive molten salt and then use it to heat hydrogen through Heat Exchanger 2 The rocket nozzle exhaust will then be non-radioactive hydrogen gas with ~700 seconds of specific impulse and much lighter as well, as no high-pressure containments are needed, making the combination attractive at the system level. While not used for the rocket booster stage, the upper stages could become viable candidates for propulsion.

Almost more importantly, having arrived on an off-planet destination (Moon or Mars for example), this upper stage reactor can be then repurposed to provide thermal energy or electricity using a closed-loop carbon dioxide turbine cycle for habitats or equipment.

It is possible to fly a vehicle on Mars using the heat generated through TMSR at subsonic speeds with no combustible fuel needed. This can promise immense potential for access anywhere on Mars with no chemical propellant taken from Earth. Only 10 grams of Th232 will fly the vehicle for a whole orbit around Mars! This could be very useful for Martian colonies of future for experimentation, mapping and transport.

A needed solution would be for the political class to lead and the anti-nuclear (against the word “nuclear”) antagonism to at least dissipate and realize that the vehemence against it is hurting billions of people of color worldwide through pollution while keeping us away from a zero-carbon future.

Let’s start small. A few small plants to begin with, even at the university level, can help iron out the problems and then slowly expand over the next decade to provide fossil-free energy to our country to begin with. Sharing this technology—or not—to other countries is above my pay grade and would be left to the administration to decide on.

dr Ajay Kothari is President and Founder of Astrox Corporation, an Aerospace R&D company located in suburban Washington, DC. His PhD and MS in Aerospace Engineering with minor in Physics are from the University of Maryland, and BSc in Physics from Bombay University.

Note: we are using a new commenting system, which may require you to create a new account.

Last-mile workflow customization, a 3DEXPERIENCE like no other – 3DPMN