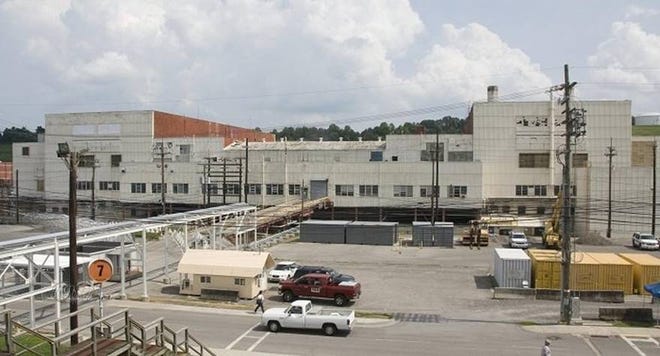 Cleanup operations at the Y-12 National Security Complex continue to expand while workers prepare one of the site’s largest contaminated high-risk facilities for demolition.

Oak Ridge has hundreds of excess, contaminated facilities and contains the largest inventory of high-risk structures in the DOE complex, according to a press release from UCOR, an environmental management contractor for the US Department of Energy. This latest project and other similar projects address these threats and enable the transformation and modernization of research and security sites.

UCOR is leading the cleanup of the massive four-story Alpha-4 building, which spans more than 500,000 square feet and covers an area of ​​13 acres. This project is a challenge not only because of the size of the facility, but also because of the mercury pollution, according to the UCOR announcement.

“We are excited to continue driving this major cleanup project,” said Brian Henry, Y-12 portfolio federal project leader for the DOE’s Oak Ridge Office of EM. “It takes many steps to tackle a massive building in its dilapidated state, but each step brings us closer to eliminating a hazard and significantly changing the landscape at the heart of Y-12.”

The plant was used for uranium separation from 1944 to 1945. A decade later, workers finished installing COLEX (Column Exchange) equipment on the west, east and south sides of Alpha-4 for lithium separation, a process that required large amounts of mercury. During these operations, a significant amount of mercury was lost to the equipment, the building and the surrounding soil. Mercury purification is a top priority for EM at Y-12.

IAEA assesses the safety of the modernized Dutch research…

J’can is the first black woman to graduate from a…

Although the employees there emptied most of the materials from the systems in the 1960s, recoverable amounts of mercury remained in the aging pipes and systems, which had rusted and decayed over the decades. In recent years, UCOR crews have retrieved more than 10,000 pounds of mercury from COLEX equipment and destroyed the equipment on the west side of Alpha-4.

Work is now underway to deactivate the COLEX equipment on the east side of Alpha-4 and the removal of the equipment from the south side will follow. The deactivation work required in the plant is also planned.

Two critical projects are already underway that will enable the removal of Alpha-4. The first is the construction of the mercury treatment facility. The facility is slated to go live in 2025 and capture and treat mercury spills that enter a nearby creek caused by crews and large machinery demolishing Alpha-4 and other large, mercury-infested buildings in the area. The facility is designed to treat up to 3,000 gallons of water per minute and includes a 2 million gallon storage tank for collecting rainwater.

Another critical work is the project to reduce the West End Protected Area Reduction Project of the National Nuclear Security Administration, which should also be completed in 2025. These efforts include redirecting portions of the high security area at Y-12 around Alpha-4 and the other mercury-infested buildings. This enables improved access for cleaning teams and reduces cleaning costs by more than 40 percent.

While the Alpha-4 cleanup is still in its infancy, other crews are deactivating several other 1940s-era buildings at Y-12, including Alpha-2, Beta-1, the Old Steam Plant, and the Old Criticality Experiment Laboratory.

The major cleanup for Y-12 is taking place concurrently with other cleanup projects at Oak Ridge National Laboratory, where workers are tackling 16 inactive research reactors and isotope facilities.

Iran election candidates and their programs

IAEA assesses the safety of the modernized Dutch research reactor:…

IAEA assesses the safety of the modernized Dutch research…