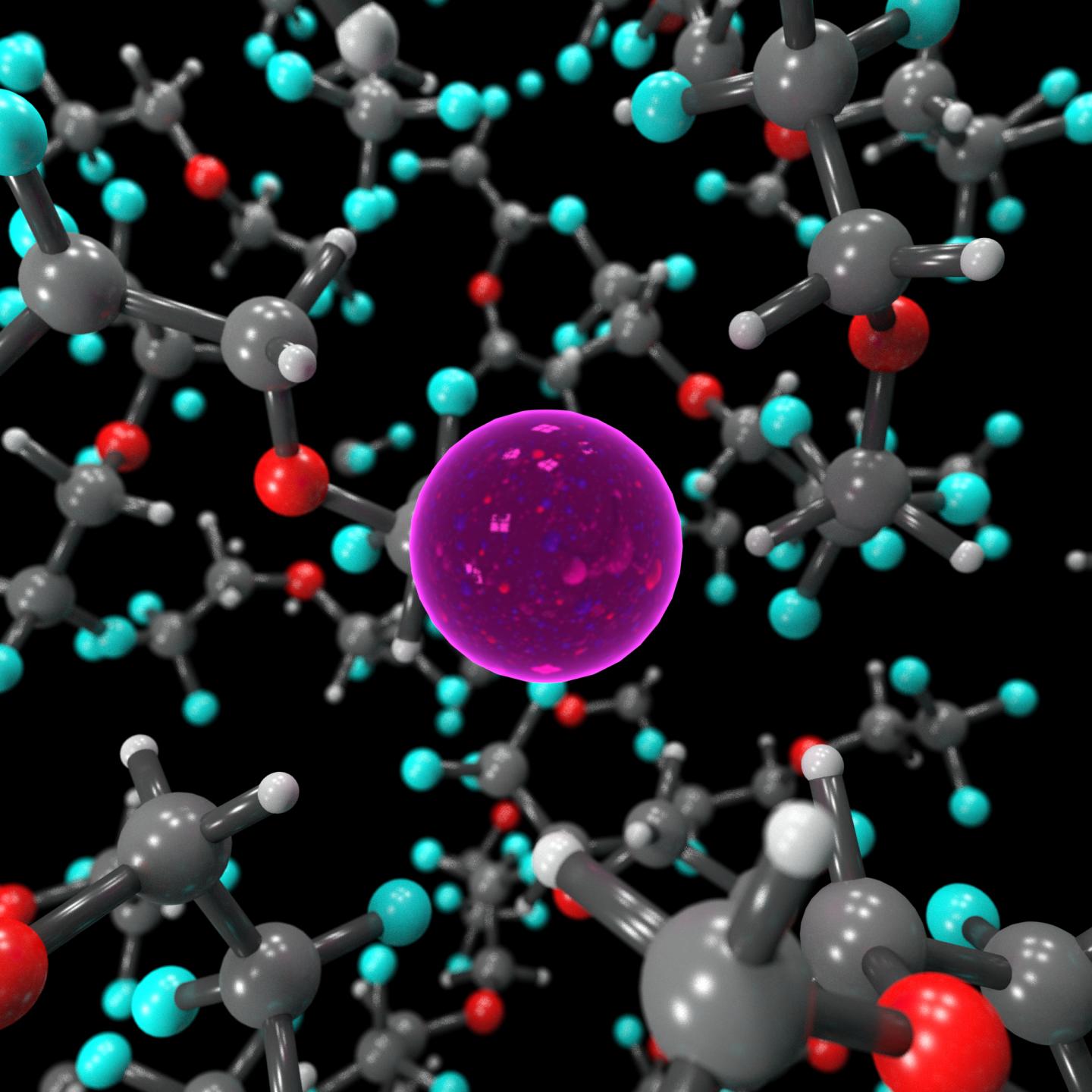 WEST LAFAYETTE, Ind. – The chemical element that makes up most of today’s batteries, lithium, could soon be challenged by its opposite on the periodic table: fluoride. Yeah, the same stuff in toothpaste.

The two elements compete for a longer service life of the electronics during charging processes, e.g. B. Electric cars that have to cover more kilometers than is possible with lithium-ion batteries on the market.

Researchers have taken a step closer to equipping fluoride-based batteries to contend with improvements that will allow the technology to operate at room temperature. Until then, fluoride was limited to building high temperature batteries, which are impractical for our electronic devices.

A team of researchers from the Jet Propulsion Laboratory, California Institute of Technology (Caltech), Honda Research Institute, Inc., and Lawrence Berkeley National Laboratory – including a postdoctoral fellow from Caltech who is now an assistant professor at Purdue University – has secured two US – Patents for the improvements and results published in the December 6th issue of Science magazine.

Fluoride has long been poised to outperform lithium as it allows for better energy storage in electrodes that ions move between to charge a battery.

“Fluoride-based battery electrodes can store more ions per location than typical lithium-ion electrodes, which means this technology can be much more energy dense,” said Brett Savoie, assistant professor of chemical engineering at Purdue.

To build a battery, the ions of elements like fluorine and lithium must dissolve in the battery’s electrolyte, a solution that helps them move between the electrodes. The problem is that fluoride ions could only dissolve well in solid electrolytes, which limited their use to high temperature batteries.

In order for fluoride-based batteries to operate at room temperature, fluoride ions such as lithium ions must dissolve better in a liquid electrolyte.

The technology could then lead to the removal of lithium, a cation-based battery, as the first high-performance, anion-based rechargeable battery.

Researchers at the Jet Propulsion Laboratory discovered a liquid electrolyte, a synthesized molecule called BTFE, that allows fluoride to dissolve at room temperature. Savoie helped make this discovery by simulating how BTFE and other related solvents successfully dissolve fluoride.

BTFE is made up of several chemical groups arranged in such a way that the molecule has two positively charged regions that interact strongly with fluoride as opposites attract. Simulations showed how these charged regions cause BTFE molecules to surround fluoride and dissolve it at room temperature.

Savoie’s simulations also provided a mechanism for testing other solvents for fluoride, such as “Glyme” molecules, which expand the voltage and stability window of BTFE. This means the battery is less likely to fail at higher voltages.

The next step in refreshing fluoride-based batteries is to extend the life of the positive and negative electrodes, known as the cathode and anode. The team has already made progress by stabilizing the copper cathode so that it does not dissolve in the electrolyte.

Battery tests are in progress. The work was supported by the Resnick Sustainability Institute and the Molecular Materials Research Center, both from Caltech, the National Science Foundation, the Department of Energy Office of Science, and the Honda Research Institute.

This research is also in line with Purdue’s Giant Leaps celebration and recognizes the university’s global progress toward a sustainable economy and planet as part of Purdue’s 150th anniversary. This is one of the four themes of the year-round celebration of ideas festival, which aims to introduce Purdue as an intellectual center for solving real-world problems.

Fluoride ion batteries are potential next generation electrochemical storage devices that offer high energy density. Such batteries are currently restricted to operation at high temperatures, since suitable electrolytes which conduct fluoride ions are only known in the solid state. We report on a liquid fluoride ion conducting electrolyte with high ionic conductivity, wide operating voltage and robust chemical stability based on dry tetraalkylammonium fluoride salts in ether solvents. In combination with this liquid electrolyte with a copper-lanthanum trifluoride (Cu @ LaF3) core-shell cathode, we show reversible fluorination and defluorination reactions in an electrochemical fluoride ion battery cell that is cyclized at room temperature. Electrochemistry mediated by fluoride ions offers a way to develop capacities beyond that of lithium ion technology.