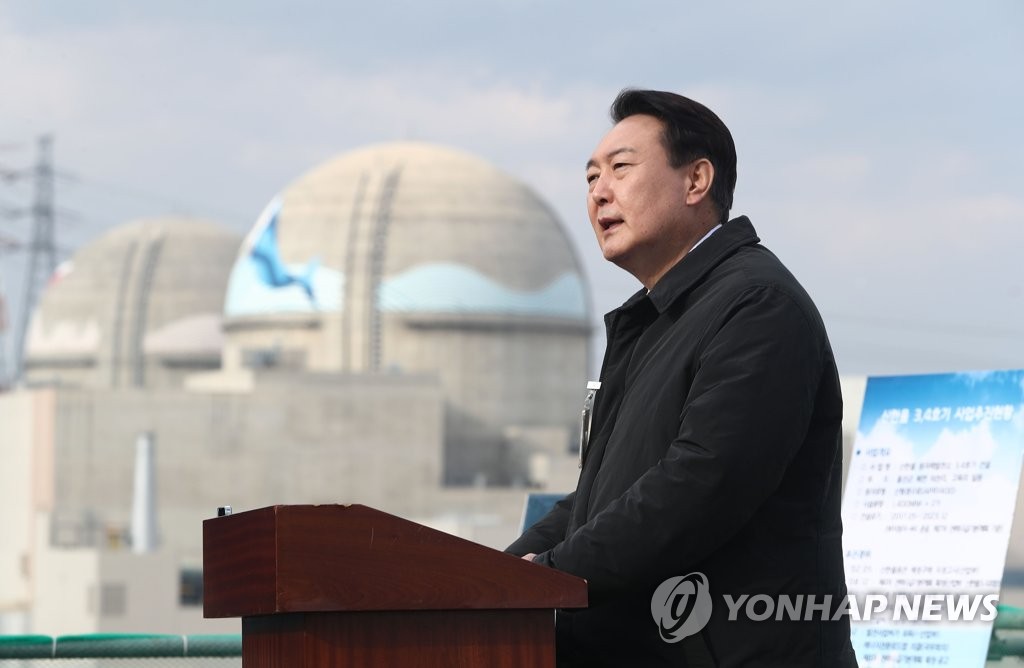 Yoon also promised to resume construction of two nuclear reactors – Shin-Hanul No. 3 and No. 4. The construction work for the two reactors has been suspended since 2017 as part of the nuclear phase-out policy.

Yoon said he will deepen nuclear cooperation with the United States to create 100,000 jobs by winning orders for more than 10 nuclear power plants from Eastern Europe and the Middle East.

During a visit to the construction site of the two reactors in the coastal district of Uljin, 330 kilometers southeast of Seoul, he announced the election campaign commitments for the nuclear industry.

“By strengthening the base for nuclear exports, I am creating decent jobs at home and abroad for future generations,” said Yoon.

The nuclear phase-out program decided by the Moon government aims to slowly move away from nuclear energy by avoiding the construction of additional facilities while closing down old ones. As part of the roadmap, South Korea plans to reduce the number of operating nuclear power plants from 24 this year to 17 by 2034.

The government plans to reduce nuclear power to 23.9 percent of the country’s total electricity generation by 2030, from around 30 percent the previous year. The aim is to increase the share of renewable energies from 6.6 percent to 20 percent over the same period.

Yoon said he would keep nuclear power at around 30 percent by allowing nuclear reactors to operate if they ensure safety.

Moon has pledged to be carbon neutral by 2050, but Yoon said the target had been set “without sufficient discussion”.

Yoon criticized Moon’s carbon neutrality plan for “causing negative outcomes, including an increase in electricity prices, a decline in the competitiveness of the nuclear industry and job losses”.

7 trends that will shape sustainability in 2022 | News – eco-business