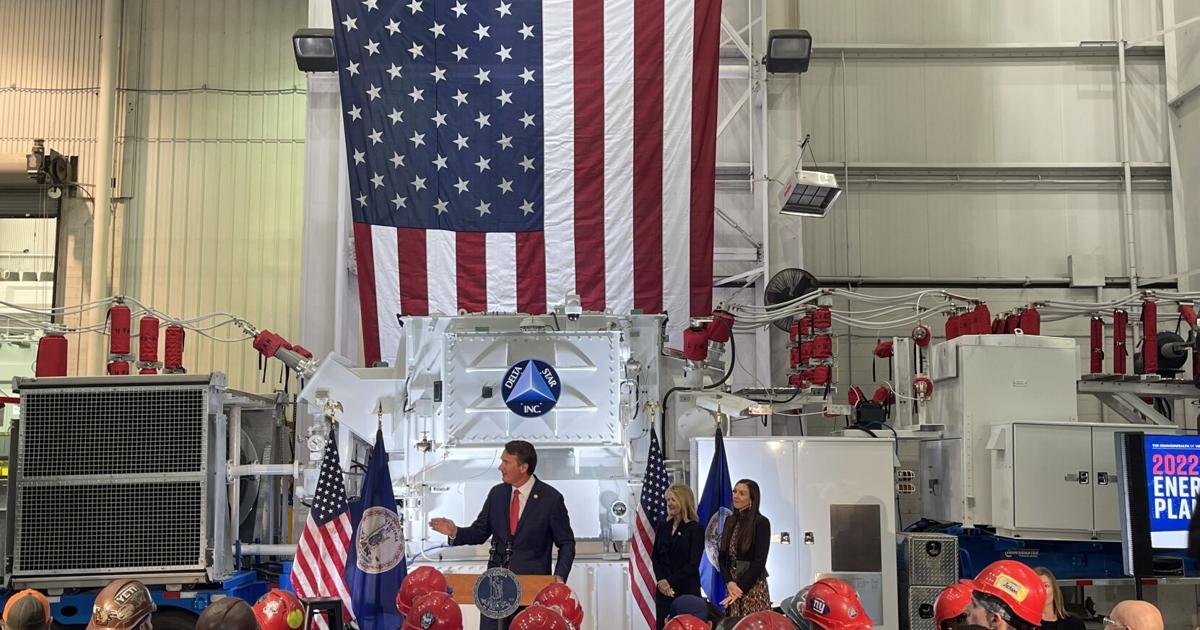 This is not an election metaphor, although if voters in Southwest Virginia turn out to blast shell-shocked Democrats in November the way they did in 2021, Youngkin probably wouldn’t mind that, either.

Released on Oct. 3, the Commonwealth of Virginia’s 2022 Energy Plan spends a lot of time deriding legislation passed during the administration of Youngkin’s Democratic predecessor, Ralph Northam — a stance typical of documents released by the new Republican administration.

Youngkin’s plan essentially takes the position that encourage growth of renewable energy is well and good, but fossil fuel infrastructure should be left in place to ensure the power grid is stable.

Those seeking urgent action to counter global climate change will find little to like in these proposed policies. In fact, there’s a passage dismissing land-bound wind farms and solar farms as sources of deforestation and pollution that seems specifically designed to “troll the libs.”

The new energy plan condemns the commonwealth’s membership in the Regional Greenhouse Gas Initiative as a bad deal for Virginia residents that offers electric utilities no incentives to reduce emissions — and furthermore, the plan asserts that Virginia’s utility companies were doing a fine job reducing emissions on their own before Virginia joined the RGGI in 2020.

The plan lambasted the Virginia Clean Economy Act of 2020, declaring that its goals of seeing the commonwealth switch completely to clean energy by 2050 are grossly unrealistic, based on projections that are not panning out in practice. What the act will do, according to Youngkin’s plan, is cause electric bills to skyrocket as utilities pass the costs forced upon them along to customers.

The plan’s exhortations that the State Corporation Commission be given more discretion in determining timelines for power plant retirements make some sense. Suggestions that the energy market should be made more accessible to independent power producers so that they can compete with big utilities and offer consumers more choice sound promising, though it’s not clear how that would be accomplished.

What interests us most in this outing is the pledge the plan specifically makes to Southwest Virginia, whose conservative voters turned out in droves to put Youngkin in office.

Much ado is made in the governor’s plan about the possibility of building a nuclear reactor in Southwest Virginia — so much ado that the plan rollout took place in Lynchburg, site of the headquarters of BWX Technologies, a supplier of nuclear fuel and components and provider of nuclear energy services, and site of the North American headquarters of French nuclear industry company Framatome.

It’s not unreasonable for Youngkin to suggest that Virginia should build on its nuclear engineering resources with an aim toward national leadership and technological advancement.

He does himself no harm by positing that Southwest Virginia could be home to a cutting-edge small nuclear reactor that would be the first of its kind, as there’s no possibility of construction could begin during his term.

For all the credulous chirping in news reports about small modular reactors, or SMRs, in the wake of Youngkin’s announcement, there is a bit of a Mr. Snuffleupagus factor that ought to be acknowledged.

If you’re a reader of a certain age who remembers your childhood Sesame Street, then you’ll recall that Mr. Snuffleupagus, aka Snuffy, was Big Bird’s imaginary friend that only he, and the audience, could see.

SMRs don’t exist in North America. The plan acknowledges this with its framing of the project as “the first commercial SMR in the US”

Designs for SMRs do exist, and it’s not difficult to find information extolling their virtues from the likes of the US Office of Nuclear Energy and the International Atomic Energy Agency.

Yet according to research compiled by the Australian Conservation Foundation in a report released this month, only two reactors that qualify as SMRs have been completed, one in Russia and one in China. The Russian one, floating in the Arctic Ocean, took 12 years to build and cost the equivalent of $740 million. The two reactors on the Russian barge together generate 70 megawatts — less than the 75 megawatts expected from the proposed Rocky Forge Wind Farm in Botetourt County.

The Chinese one took nine years to build and reportedly cost the equivalent of $5 billion. With both the Russian and Chinese SMRs, plans to build more power plants of the same type were abandoned.

In Argentina, an SMR that began construction in 2014 has experienced such setbacks that it is not expected to start generating power until 2027. That reactor will generate 32 megawatts, less than half the proposed Rocky Forge offering.

Lest one assume American ingenuity is what’s missing, a handful of American SMR projects have failed to even reach the construction phase, including one announced in 2009 by Babcock & Wilcox (a former subsidiary of BWX) that received a $5 million Virginia Tobacco Indemnification and Community Revitalization Commission grant and $111 million in US Department of Energy subsidies, but still fizzled out.

Youngkin’s plan, in an instance of unintentional irony, scolds opponents of Mountain Valley Pipeline and other pipeline projects for causing a loss of $7.8 billion in GDP, yet doesn’t think too deeply about the sort of opposition that might arise once ground breaks on an experimental nuclear power plant.

It’s certainly feasible that, as designs refine and technologies evolve, our region could see the construction of an SMR that serves as a shining example to the world. Alas, it’s also feasible that this particular gift from the governor to his supporters is an empty box.

Catch the latest in Opinion

Get opinion pieces, letters and editorials sent directly to your inbox weekly!

SFDR and EU Taxonomy – Are you ready for the next steps? – Lexology

What is RAB and how will it affect future energy charges for Scots?