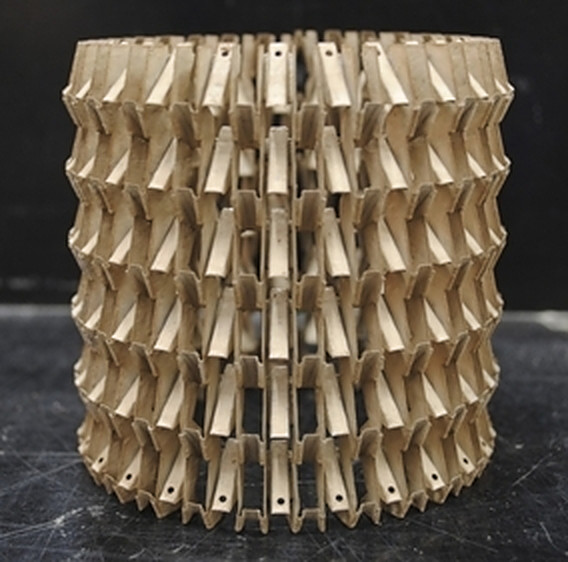 US industrial group Honeywell and ZoneFlow Reactor Technologies based in Connecticut announced a joint agreement to commercialize ZoneFlow reactor technology. The two companies say this technological advancement would lead to a leap in the efficiency and carbon intensity of steam methane reforming to produce hydrogen. “The ZoneFlow reactor, a structured catalyst module that replaces traditional catalyst pellets in SMR tubes, offers far better heat transfer and pressure loss performance,” the two companies wrote on Wednesday, adding that they are conducting reactive testing at ZFRT’s large-scale pilot plant are at the Université Catholique de Louvain in Belgium. “The reactive tests will confirm the expected 15% increase in throughput over conventional catalyst pellet systems. The results of the pilot plant tests are expected to be available in mid-2022. ”ZF reactors are structured catalysts for use in the steam reforming of methane to generate hydrogen. Compared to conventional pellet catalysts, ZF reactors improve the heat transfer into the reforming reactor by over 100% without increasing the pressure drop across the reactor.

The Namibian Government intends to appoint Windhoek-based project development company Hyphen Hydrogen Energy as the preferred bidder for the development of the country’s first large-scale vertically integrated green hydrogen project in Tsau Khaeb National Park. “The project with an estimated value of 9.4 billion US dollars” [€ 8.14 billion], will ultimately produce 300,000 tons of green hydrogen per year for regional and global markets, either as pure green hydrogen or in derivative form (green ammonia), ”Hyphen wrote in a statement Thursday. Upon completion of the feasibility study and government approval, Hyphen would have the right to build and operate the project for 40 years. “In the first phase, which is expected to go into production in 2026, 2 gigawatts of renewable electricity generation capacity will be created to produce green hydrogen for conversion into green ammonia, at an estimated investment cost of 4.4 billion US dollars [€ 3.81 billion]. Further expansion phases in the late 2020s will expand the combined renewable generation capacity to 5 gigawatts and 3 gigawatts of electrolyser capacity, bringing the combined total investment to 9.4 billion US dollars [€ 8.14 billion]“, Commented Hypen CEO Marco Raffinetti. Germany and Namibia agreed to establish a hydrogen partnership in August. Germany, which was the first country to set up a joint hydrogen plan with Namibia, is providing up to 40 million euros.

German multinational MAN Energy has announced that its gas-powered four-stroke engines are “H2-ready” and can be operated in stationary operation with a hydrogen content of up to 25% by volume in a gas-fuel mixture. “At the same time, we are working on future concepts that will enable hydrogen refueling of up to 100% as soon as this is available in large quantities,” says Gunnar Stiesch, Head of Engineering Engines at MAN Energy Solutions.

The German government and the United Arab Emirates (UAE) government have discussed ways of creating a framework for introducing new action plans in the energy sector, especially for projects with green hydrogen and artificial fuels. “The establishment of the German-Emirati Bilateral Task Force on Hydrogen and Synthetic Fuels is an important step in supporting the UAE’s initiative to achieve climate neutrality by 2050,” commented Saeed Mohammed Al Tayer, CEO of the Dubai Electricity and Water Authority. The UAE want to intensify cooperation with German companies, including Siemens Energy.

The German Federal CouncilThe legislature, which represents the 16 federal states at federal level, has passed an ordinance that regulates the determination of the costs of a hydrogen network in detail. “By creating the necessary legal and planning security, non-discriminatory network access will enable all potential network users to compete effectively in the hydrogen market. This means legal security for potential investors in the infrastructure. This is important because, without transport pipelines, an important prerequisite for the planned market ramp-up of hydrogen technologies would be missing, ”wrote the federal government on Friday.

The Port Authority of Valencia (PAV) together with the Valenciaport Foundation and the Hamburg Port Authority (HPA) have signed an alliance to promote the use of hydrogen in cooperation with and with the support of the European Union. “In this agreement, both companies will focus on initiatives for hydrogen generation, storage stations, the use of this energy in terminals and machines, supply and transport in their hinterland,” PAV wrote on Thursday, adding that “the port of Valencia will be the be the first port in Europe to use hydrogen technology to reduce the environmental impact of its operations. “

Italy’s oil and gas company Eni and Paris-based industrial gas company Air Liquide have partnered to invest in the expansion of the infrastructure needed to expand hydrogen mobility in Italy. “Initially, the collaboration will include a feasibility and sustainability study for the development of the low-carbon and renewable hydrogen supply chain that supports the fuel cell vehicle market for heavy and light mobility. The partners will also identify the strategic locations for positioning hydrogen filling stations in Italy, ”Eni wrote on Thursday.

A research team led by Seattle City Light, Pacific Northwest National Laboratory (PNNL), and Sandia National Laboratories are conducting two studies examining the potential of switching from fossil fuels to clean hydrogen as a fuel to power medium and heavy vehicles. These efforts are supported by two US Department of Energy (DOE) awards totaling $ 2.12 million to meet the emissions reduction targets set by Seattle City Light and the Port of Seattle. The focus will initially be on forklifts, carriages and even cranes, but the institutes are also researching the possibility of propelling cruise or cargo ships with hydrogen when loading and unloading. However, this option requires a sufficient supply of hydrogen, the institutions wrote in a press release on Friday. In the second study, the institutions are also researching the use of hydrogen “to power tugs, commercial fishing vessels and passenger ferries” and house “a substantial part” of drayage trucks and handling equipment in the port. “Optimizing the system could avoid costly power transmission upgrades while deploying new clean energy vehicles and equipment, and possibly even providing emergency power to key urban services in the event of a temporary blackout,” commented Philip Jensen, PNNL engineer and project manager.

Australia’s Emerald Coaches, a privately owned Queensland passenger transportation company, said PV magazine In 2022, 120 diesel buses will be replaced by electric buses with hydrogen fuel cells, the government’s net zero emissions targets, ”the company wrote in a press release. It’s also declared to be PV magazine that the investment will be $ 100 million, adding that it will be “Australia’s first private passenger transport company to introduce hydrogen buses.” According to Emerald Coaches, the hydrogen fuel cell electric buses are refueled in 3 minutes and have a range of 800 km.

Melbourne-based renewable energy company Patriot Hydrogen has signed a joint venture with the Singaporean renewable fuel technology company CAC-H₂. “As part of the agreement, CAC-H₂ will become the leading technology provider and will support Patriot Hydrogen’s projects for the development, construction and commissioning of Waste to Energy Plants – Patriot to Hydrogen (P2H) units. CAC-H₂ will be the exclusive technical and mechanical advisor and supplier for the modular, portable P2H units designed to produce synthesis gas, hydrogen, green energy and biochar across Australia, ”the company wrote on Wednesday. The joint venture is another example of collaboration between companies in Australia and Southeast Asia.

Nuclear Fuel Services: “This contract is unprecedented for our people and our company” – WJHL-TV News Channel 11

Paid family vacation is not child’s play – The regulatory review